Used in other cities, the county added six locations where homeless men and women could wash their hands and use the bathroom on March 20. The plan is to add more. 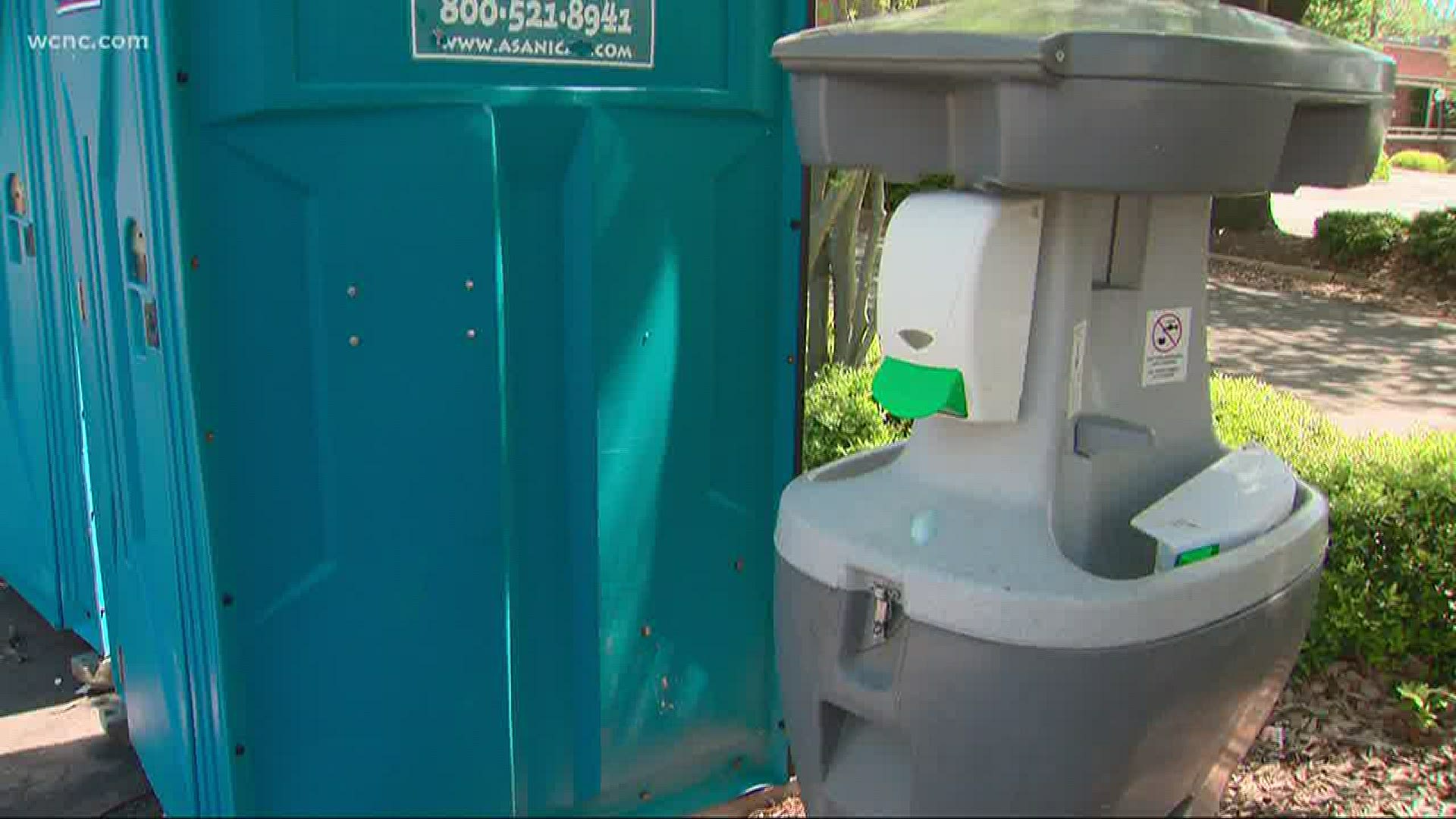 CHARLOTTE, N.C. — To protect Charlotte's homeless and the greater community, Mecklenburg County is expected to add another dozen handwashing stations and portable bathrooms in areas of the county where they're needed, according to public records. County officials are expected to announce those plans at Wednesday night's Board of County Commissioners meeting.

The new locations would be in addition to six others the county had placed near known encampments on March 20, three days after the library, a go-to spot for the homeless to use the bathroom, closed.

"I think they've done a good job getting them started," advocate and County Commissioner Pat Cotham said. "If we can get these out there in more areas, I think it will be helpful and it will keep everyone safer."

Hand washing stations are popping up in major cities across the country in response to the COVID-19 pandemic. Cotham said she first saw them in Washington, DC in January and told the county manager, who then acted.

"I had not been familiar with them until I saw them in DC," Cotham said. "I'm always looking for dignity for our homeless neighbors and having a place to go to the bathroom and wash their hands is just so basic. I hope that after this pandemic is over, we can keep them."

The county recently identified 3,683 homeless people, including single adults, teens, veterans and families with children at the end of March. Leaders have come up with more than 300 hotel rooms for social distancing, isolation and quarantine and are looking at providing an additional hotel, according to county records.

At a recent meeting, County Commissioner Elaine Powell advocated for the addition of other homeless resources, including help with laundry and showers.

"We are getting a lot of phone calls from the homeless advocates...," she said. "...I think the more opportunities they have for hygiene, the better."

County Manager Dena Diorio said she continues to evaluate how the county can help the homeless.

"I don't want the community to think that we have not been evaluating what we can do for the homeless," she said. "We talk about this all the time, just trying to come up with the best strategies."

The county maintains the portable facilities "are being frequently used." That said, a WCNC Charlotte photographer witnesses a homeless man use the bathroom next to a portable bathroom, instead of inside of it.

RELATED: South Carolina schools will remain closed the rest of the school year