Researchers were able to tie nearly 30 cases of ocular melanoma to the Huntersville area over about five years. No one knows what's causing it. 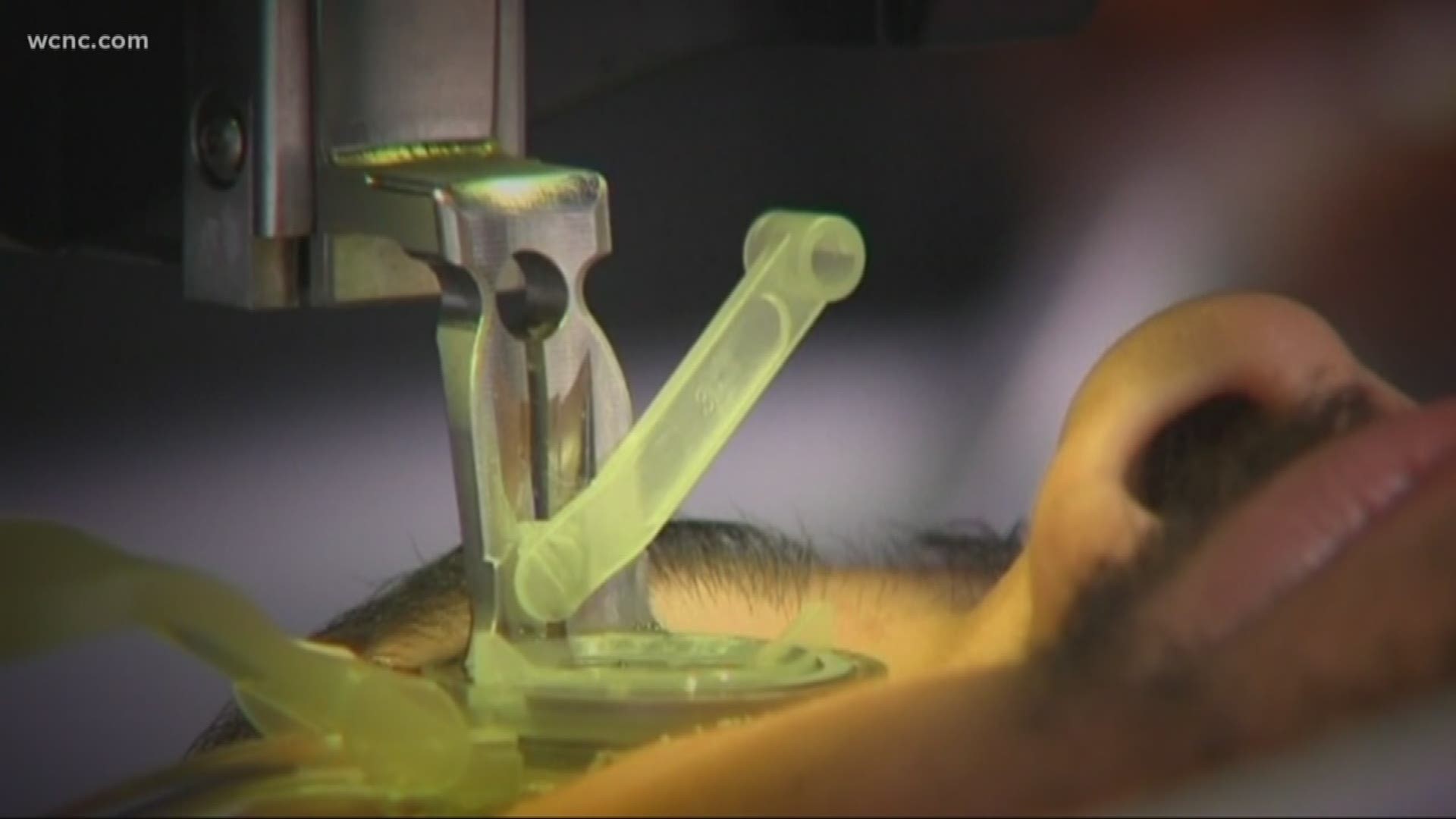 A bill just introduced in North Carolina would allocate $100,000 to finding the cause of a mysterious ocular melanoma cancer cluster in Huntersville.

Ocular melanoma is a rare eye cancer only diagnosed in about five of every one million people each year. Around two dozen cases have been linked to the Huntersville area in the last few years alone.

Kenny and Sue Colbert's daughter Kenan was only 28 when she died from the cancer.

“We’re holding our breath that there’s not going to be any new cases but unfortunately every few months we hear of a new case," Kenny said.

Not long after their daughter’s death in 2014, Kenny and Sue Colbert realized three other young women who attended Kenan’s high school in Huntersville were also diagnosed with ocular melanoma, a very rare cancer that usually affects older white men, about one case for every 200 thousand people.

“The three girls who went to Hopewell, we said something is up, and then we found two more people who lived within close proximity of the school and that’s when we knew something was wrong," Kenny said. "Something's just not right -- this is beyond coincidence."

Over the next few years, researchers were able to tie nearly 30 cases of ocular melanoma to the Huntersville area over about five years.

No one knows what's causing it.

“The big issue is needing money and needing the expertise to get to that answer," Kenny said.

Almost all that money has now been used up but still has yielded no answers, leading to packed town hall meetings and demands for revamped efforts.

Now a new bill introduced by Senator Natasha Marcus of Mecklenburg would allocate yet another $100,000 to the research.

“The first $100,000 we did all sorts of genetic testing, testing of the tissues we did geospatial testing, etcetera," Kenny said, "And we blew through that money pretty quickly. So now we can actually start doing maybe some soil and air and water testing with the second hundred thousand dollars. Yes, we have a vested interest in this, no doubt about it, but it’s for the community because this is serious.”

The bill passed first reading in the senate Monday and is now in committee.

Other stories on WCNC: