North Carolina gyms hopeful Cooper will allow them to reopen

Gyms and workout places have been ordered closed in North Carolina for roughly four months, per executive order. 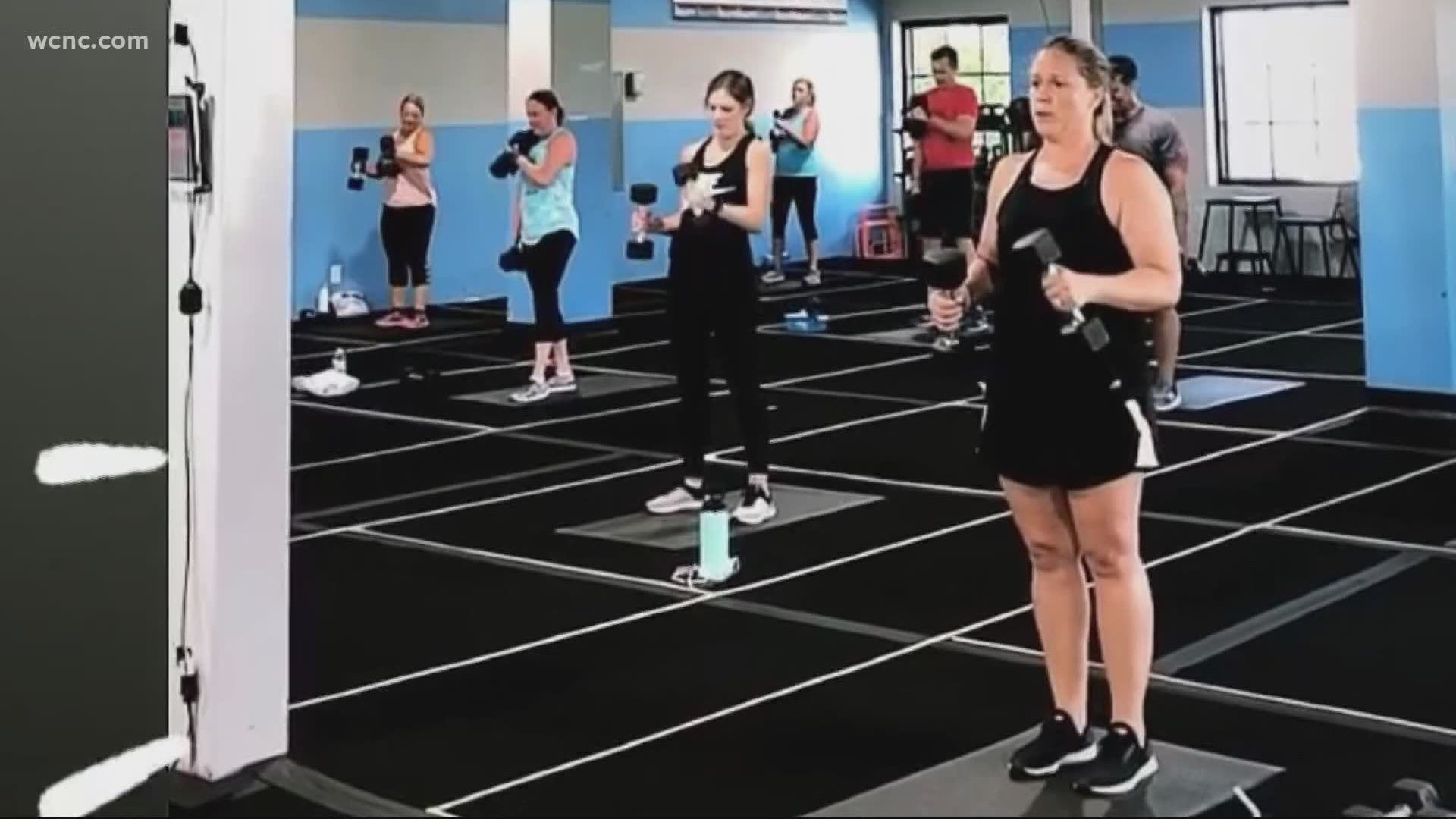 CHARLOTTE, N.C. — Days before they could reopen, several gym owners are pleading with North Carolina Governor Roy Cooper to help keep their business alive as he decides whether the state should enter phase three of the COVID-19 reopening process.

Gyms and workout places have been ordered closed in North Carolina for roughly four months, per executive order.

Spinning is included and that means Gina Hamilton's Ride or Die Spin Studio in South End has had its doors shut for a third of its existence.

"I don't know how anyone is going to survive much longer," said Hamilton as she wiped tears from her eyes.

Emotions are high for small business owners who have been hit extremely hard by the financial impacts of the COVID-19 response.

"It's skull-crushing," she said. It's dream-crushing."

Hamilton had always dreamt of owning a spin studio and took on opening her small business off Clanton Road in March of 2019.

Since it's temporary closure, she's lost roughly $26,000 in revenue. It's revenue she and her family depends on to keep the business's bills paid, and food on the table.

"Just today at the grocery store, I was putting food back," she said as her voice started to quiver. "Cause I'm nervous, about spending too much. I'm sorry," she said as she started to cry. "It's just really hard."

She has tried to adjust her business model, offering customers bikes to take home and rent. However, that effort started to slow down as the pandemic continued.

She is currently offering a few outdoor classes at limited capacity with strict safeguards in place. But it's still not paying the bills.

"We just kept seeing our bank accounts go down and down with nothing coming in," Hamilton explained.

Hamilton isn't alone. Other gyms across Charlotte and the state are struggling and adapting where they can. That includes Burn Boot Camp. Melissa Price is a franchise partner with two locations.

"You know, at first it was a little bit of a shock," Price said, reacting to the closure of gyms.

She and her staff have adapted a bit more successfully. They spent weeks on creating a safety plan to keep their workout community healthy, Price said.

At the same time, they offered virtual classes.

Once the safety plan was finished and tested, Price opened outdoor workout classes and partial inside classes with a specific capacity.

"Considering what's going on in the world, we're very blessed to be able to do that," she said.

Under an amendment to the executive order, Burn Boot Camp is allowed to operate this way, according to Price.

Officers have responded to her gyms since they partially reopened after receiving complaints, but they have applauded the safeguards and operation of the gyms, Price added.

"It took a lot of planning to put that in place for us to feel our integrity was at the top of our list in what we were doing," Price said.

Price is hopeful, too, that Gov. Cooper will reopen gyms.

"What I would like for him to take into consideration is what physical fitness for the community for their mental health as well as their physical health," Price explained. "My plea would also be other business owners of gyms to make sure that if the governor gives you that leeway, make sure you are protecting your members."

Gina is pleading for relief, cautiously optimistic the governor will let her ride, and not let her business die.

"Give us some sort of wiggle room. Something. Anything," she said.