The center's opening is a direct result of patient demand and community support for the approximately 416,000 North Carolinians affected by eating disorders. 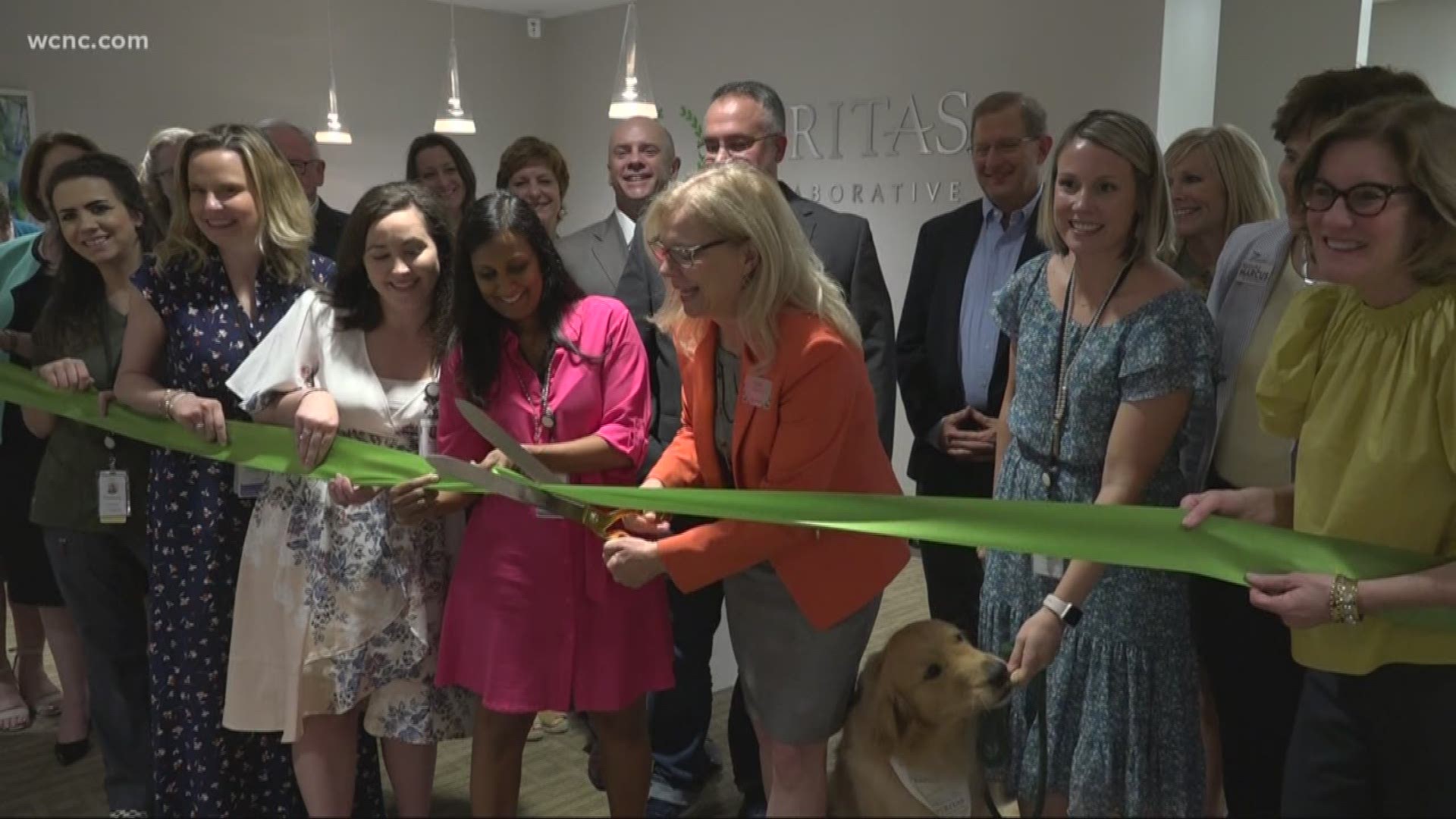 According to a release, this is the first and only medically integrated facility in the Charlotte region to offer gender-diverse, multidisciplinary eating disorder treatment.

The opening is a direct result of patient demand and community support for the approximately 416,000 North Carolinians affected by eating disorders.

Operating in a temporary space, Charlotte Veritas saw 124 patients and worked through nearly 2,000 appointments in 12 months.

"Eating disorders have always been prevalent,” said Stacie McEntyre, founder and CEO of Veritas Collaborative. “Unfortunately, we just haven't known a lot about how to identify signs and symptoms."

Will Rickard is a parent who knows the struggles of helping a child recover from an eating disorder.

"About two years ago, we noticed my daughter was displaying some behaviors that definitely knew weren't healthy,” Rickard said.

When his daughter needed more extensive treatment, he said they had to spend six weeks at Veritas in Durham because he said there wasn’t a facility in Charlotte that fit his daughter’s needs.

"It fosters fear, and confusion and frustration and anger, so I felt all of those things,” Rickard said.

After his daughter started treatment, Rickard said he finally started to understand what he needed to do as a parent to help his daughter recover.

Rickard now has a Twitter account, @hopefulldadnc, that documents the daily struggles of fighting this disease with his daughter and educates others on the dangers.

"That is the key to getting into recovery is an early diagnosis,” Rickard said.

According to a release, the center in Charlotte offers level of care assessments, outpatient care, intensive outpatient, and partial hospitalization services for children, adolescents, and young adults up to age 24 impacted by eating disorders. It also includes a teaching kitchen, pet therapy, and on-site school instruction taught by a certified educator.

“We think that with research, advocacy, and getting patients to the right level of care at the right time,” McEntyre said, “We can change the statistic about this illness being among the most lethal.”