There's a new way to get fresh produce to people who can't get to it. Here's how you can help.

A Charlotte nonprofit is working with area farmers and grocery stores to get much needed fresh produce into neighborhoods where people can’t easily get to stores. 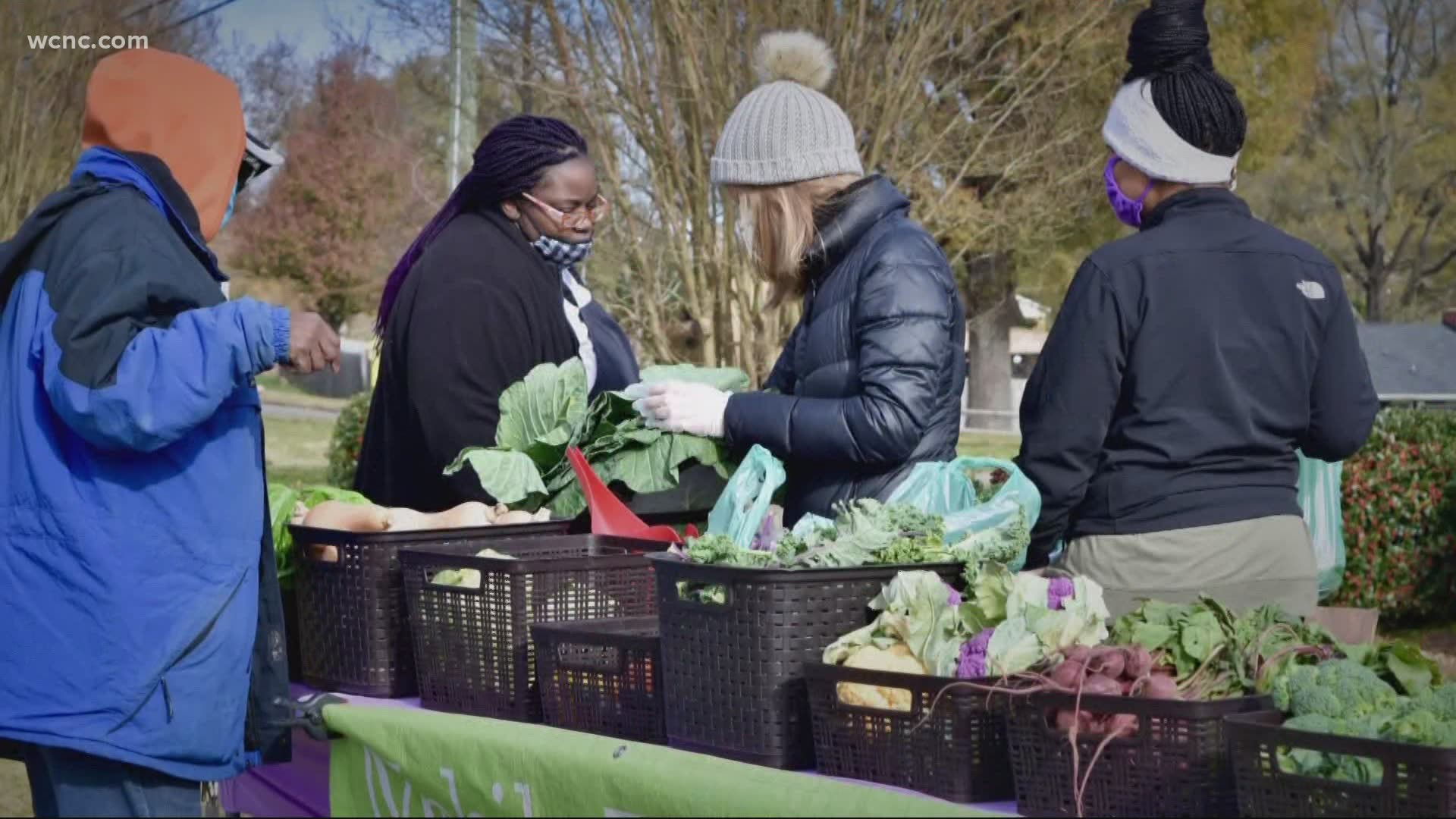 CHARLOTTE, N.C. — Almost 75,000 people can’t easily get to a grocery store in Charlotte, and that number grows daily as more people lose their jobs and their homes. In response, a Charlotte nonprofit is changing the way they operate to try to get fresh and healthy food to as many people as possible.

The trick is getting it to the people who need it the most -- many have no access to public transportation and live more than a mile from the nearest grocery store. Even if they could get there, it can often cost more to buy healthy foods than pre-packaged processed food.

Alisha Street founded The Bulb mobile markets -- a Charlotte nonprofit that works with area farmers and grocery stores to get much needed fresh produce into neighborhoods where people can’t easily get to stores.

"The need has definitely increased," she said.

There are more people in Charlotte facing hunger than ever before.

"The biggest thing is job loss, but then we’ve also experienced displacement," Street said. "People can’t keep their housing so now they’re homeless or living in hotels and we’re delivering to those people as well."

They usually set up farmers markets in these so-called food deserts, but in the last year have had to get creative – setting up drive-thrus and even delivering food.

"We've had to revamp our whole organization to being more mobile," Streets said.

Streets created The Bulb almost five years ago after seeing the need firsthand.

"I started when I was a social worker and referred people to a food pantry," she said. "(It) opened my eyes to the availability of free food but it was processed and there was a lot of people with health issues in low-income populations that were getting worse than they already were."

She said the health crisis has only gotten more critical in the population they serve during the pandemic.

The Bulb is trying to be even more mobile so they’re trying to raise money for a mobile storage unit, and of course, they always need volunteers to help sort and deliver the food. If you’d like to help, check out thebulbgallery.org.