Bobbie Mabe, a horticultural therapist at HopeWay, talks about the impacts of plants and gardening on your mental health. 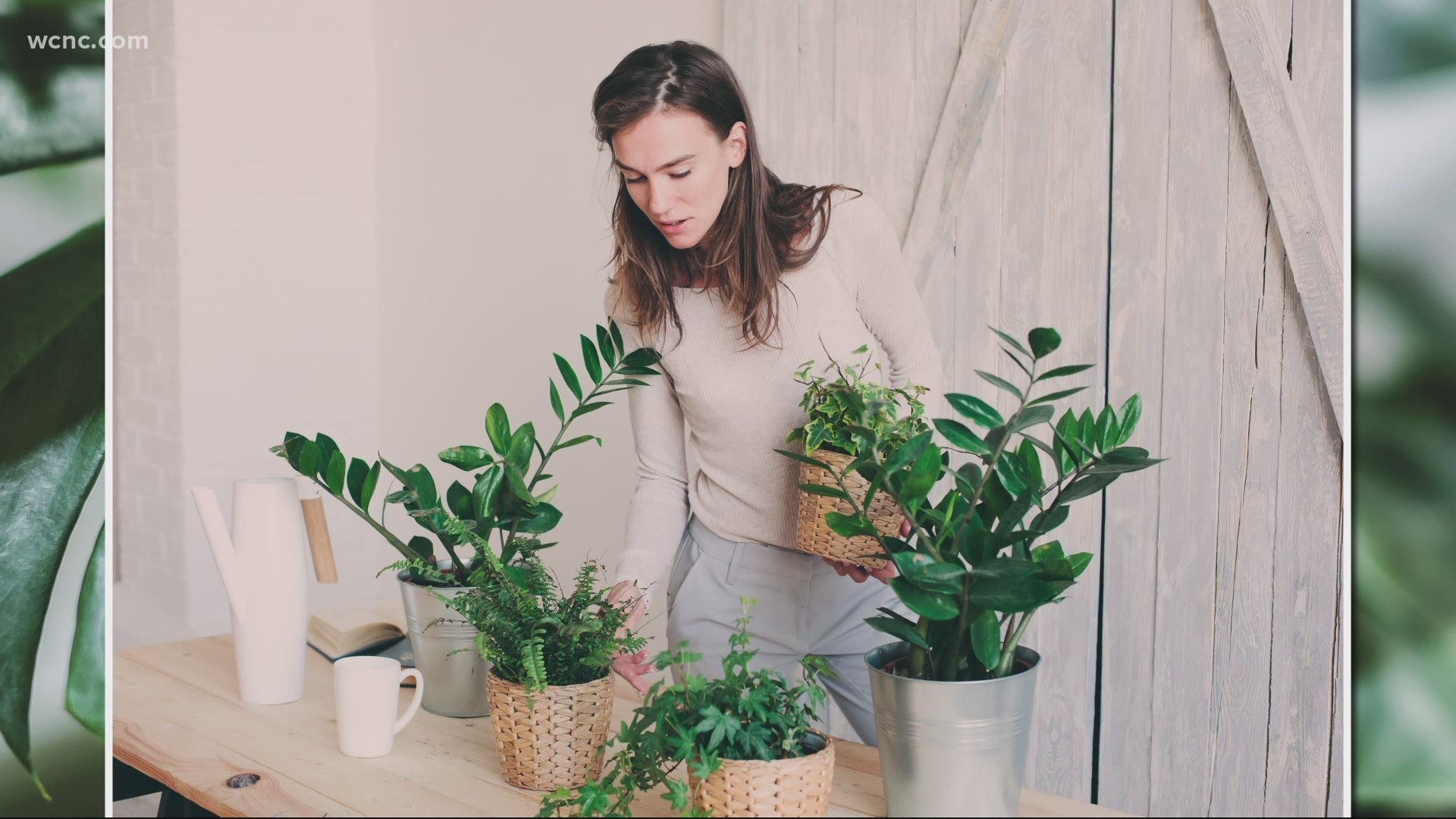 CHARLOTTE, N.C. — It’s no secret that the pandemic, along with the racial and social injustices seen in 2020, has taken a toll on our mental health. Many people are looking for ways to cope and plants seem to be one of them.

WCNC Charlotte meteorologist Iisha Scott spoke with Bobbie Mabe, a horticultural therapist at HopeWay, which is a nonprofit behavioral and mental health treatment facility in Charlotte.

“Our cortisol levels, which is the stress hormone, are lowered anytime we look at plants," Mabe said. "So, just visualizing green plants or plants in our space, really lowers our stress levels."

She also said she sees the impact that plants and gardening have on her clients at HopeWay.

“If I could take a picture of the before and after of when the clients come out to horticulture and when they’re going back in, it is so evident," Mabe said.

At HopeWay, Mabe says it’s about having something to look forward to.

“When we’re planting seeds or we’re checking on the plants that we’re watering every week, this is something that clients look forward to," she said. "It’s an excitement that they might not find elsewhere at that moment in their lives.”

And while many may be familiar with therapy, you may not have heard of horticultural therapy.

Mabe says in horticultural therapy, they really believe that when you distance yourself from nature, symptoms of anxiety, depression, and isolation will then be increased. So, when we reconnect with nature whether it’s a house plant or you’re starting seeds in a greenhouse, those symptoms will be reduced.

RELATED: Doctors explain why heart disease patients should not put off appointments because of the pandemic

She also believes the next pandemic will be a mental health pandemic.

"Everything that people were feeling before is just now magnified," she said. "A lot of it is because our support systems just aren’t there anymore.”

So, HopeWay is here to offer support, in a holistic form, to those who may feel anxious or stressed.

“The programming at HopeWay is very thoughtful and it’s very holistic. We have a lot of offerings here," Mabe said. "So, I’m here doing horticultural therapy. We also have art therapy, music therapy, we have a dietitian on staff. And we’re all kind of intertwined."

And if you're wondering how it works, Mabe said it's a combination of group and individual approaches.

"Every client that comes in is placed in a therapeutic group and a lot of the programming is in a group situation, but every client also has an individual therapist as well as a psychiatrist," she said. "And then we include all of the integrative therapies and we also have yoga and some other actives that they’re introduced to and can participate in while they’re here."

Mabe says a lot of it is guided by the client and their needs at the time.

“So, if they’re saying, 'I just need something to take my mind off of what’s happening today,' we’ll find kind of a meditative thing, that could be watering plants, which is a phenomenal way just to be relaxed in the here and now rather than worry about the future," Mabe said. "Even the noises are great. You’re looking at the plants, you’re watering them. It’s just this really calming and soothing activity."

Mabe said it's ultimately about reducing stress, anxiety, isolation, all of those things which can be addressed easily through horticulture.

And for new house plant owners, Maybe said there are some easy-to-care-for houseplants like plants in the philodendron family, snake plants, and zebra plants, just to name a few.

There are also some things to keep in mind when you bring your new plant home.

“When you’re buying a plant there’s no way to tell how long they’ve been in the pots that they’ve come in, so the first thing I like to do is re-pot my plant -- give it a little more space and fresh potting soil, and then you want to feed your plant," Mabe said.

“I like to fertilize my plants," Mabe said. "I really do it every time I water."

RELATED: What will life be like once the COVID-19 pandemic ends?