Sheriff: K-9 officer may have died from toxic algae

Authorities said recent reports of toxic algae may be the cause of the officer's death. 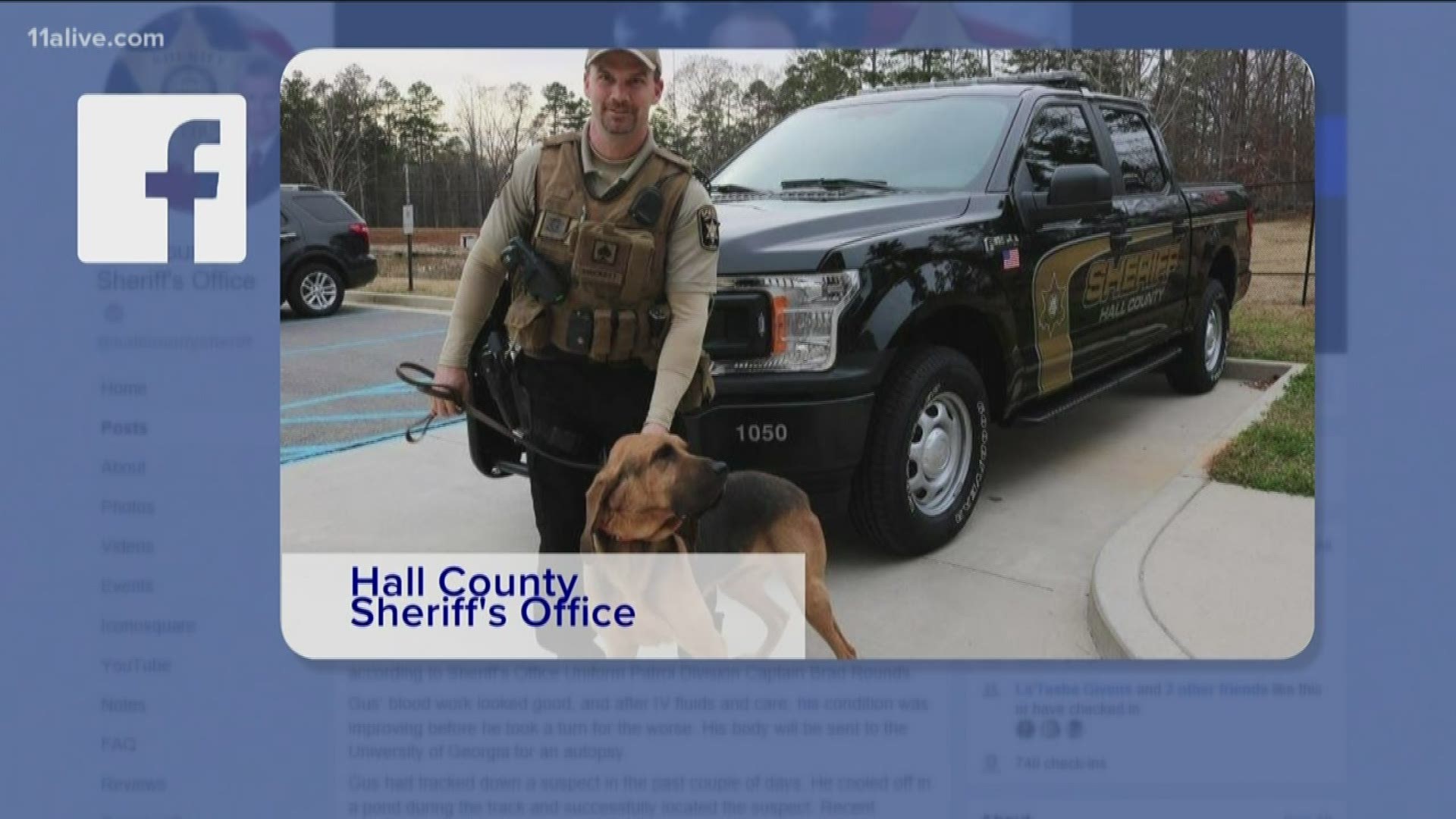 The Hall County Sheriff's Office is mourning the loss of one of their K-9 officers this week.

According to a Hall County Sheriff's Office Facebook post, eight-year-old Gus passed away around 4 p.m. on Tuesday.

Authorities wrote that recent reports of dogs dying due to toxic blue-green algae presented a concern since Gus recently cooled down in a pond after tracking down a suspect.

Authorities said that Gus was on duty with his handler Tuesday when he suddenly dropped and couldn't hold his head up. At the time, the two weren't tracking anyone. That's when deputies rushed Gus to Murrayville Veterinary Clinic for treatment, according to Sheriff’s Office Uniform Patrol Division Captain Brad Rounds.

RELATED: Marietta couple shares warning on toxic algae after dog dies less than an hour after visit to Lake Allatoona

Rounds said that Gus' blood work looked good and the officer's condition was improving after an IV fluid and care. However, his condition took a turn for the worse.

Authorities said they plan to send Gus' body to the University of Georgia for an autopsy. They are hoping that will shed some light on his cause of death.

Gus' handler and companion was Jeremy Prickett and he was set to retire with the Prickett family soon.

The post said that Gus was more than a good dog, but an "extrodinary ambassador for the agency."

Rounds backed up that statement by saying, "The only way you can get away from him (Gus) is get in a car and leave or get airlifted out of there, because he’ll find you. He’s something else."

Gus was laid to rest Wednesday afternoon at Little & Davenport Funeral Home where Members of the Sheriff’s Office, Gainesville Police Department and others paid their respects.

“Gus and all of the dogs at the Hall County Sheriff’s Office serve the community admirably, but they’re so much more than that,” Sheriff Gerald Couch said. “They’re partners with their handlers, loved companions at home and friends of the public at outreach events. Gus was all of these things. He’s apprehended countless suspects over the years, and was an amazing dog. Everyone in the department will miss him, but for his handler, Deputy Prickett, and the Prickett family, the loss will be greater.”

Blue-green algae: What it is and how to spot it