While the Houston native is the greatest gymnast of all time, she’s also inspiring so many others who struggle with mental health issues. 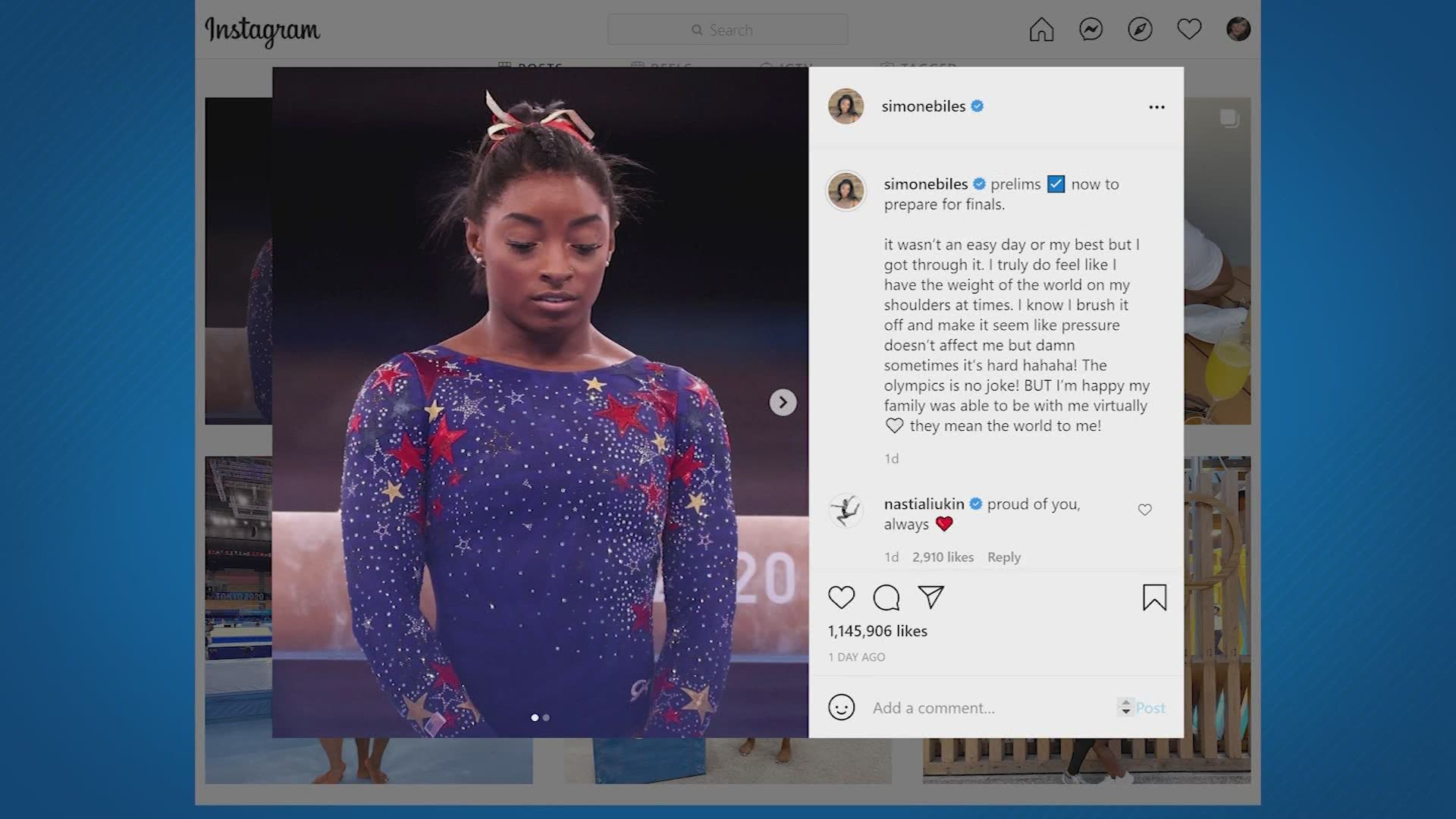 HOUSTON — Support for Houston native Simone Biles is pouring in from all over the world after the Houston gymnast withdrew from the Olympics Women’s Gymnastics Team finals today.

The stunning decision was made because the 24-year-old athlete said she just wasn’t in the right headspace to compete.

In sharing her own mental health story, Dr. Rheeda Walker, a licensed psychologist said, Biles is helping so many others.

“I think that when we have an opportunity to see someone like someone else who we see is so strong and so super competitive and so accomplished, for her to say this is tough, this is hard for me, that maybe it gives an opportunity for other people to be able to express themselves,” said Dr. Walker who is also a professor of psychology at the University of Houston.

Because while Biles is the greatest gymnast of all time, she’s also inspiring so many others who struggle with mental health issues. Through interviews, social media posts and a Facebook Watch docu-series, Biles has opened up about her how she’s overcome bouts of depression and lives with anxiety.

Of preparing for the 2020 Tokyo Olympics, which was delayed a year because of the COVID-19 global pandemic, Biles said, “It’s been really stressful.”

Without fans in the stands and her family physically unable to be by her side in Japan, Biles used an Instagram post this week to share her thoughts.

“I know I brush it off and make it seem like pressure doesn’t affect me, but sometimes it’s hard.”

“So it's OK sometimes to even sit out the big competitions to focus on yourself because it shows how strong of a competitor and person that you really are,” said Biles to international press during a news conference today.

“And so I applaud her for being able to recognize this might not be the moment right now,” said Walker. “I absolutely hope that her sharing and her being brave enough and bold enough to share will help others. There are so many people who suffer in silence because they think, well, I should be able to handle this.”

We’re all human, even Olympians. Walker suggests supporters connect with Biles on social media. “And so I have no doubt that all the love and support that she's getting from her fellow Houstonians means the world.”

Biles said she’s going to take her mental health, “a day at a time.” Something each of us can do for the sake of our own mental health.