Need treatment for severe burns in Charlotte? Prepare for a helicopter ride to Winston-Salem. North Carolina's largest city doesn't have a burn center of its own. 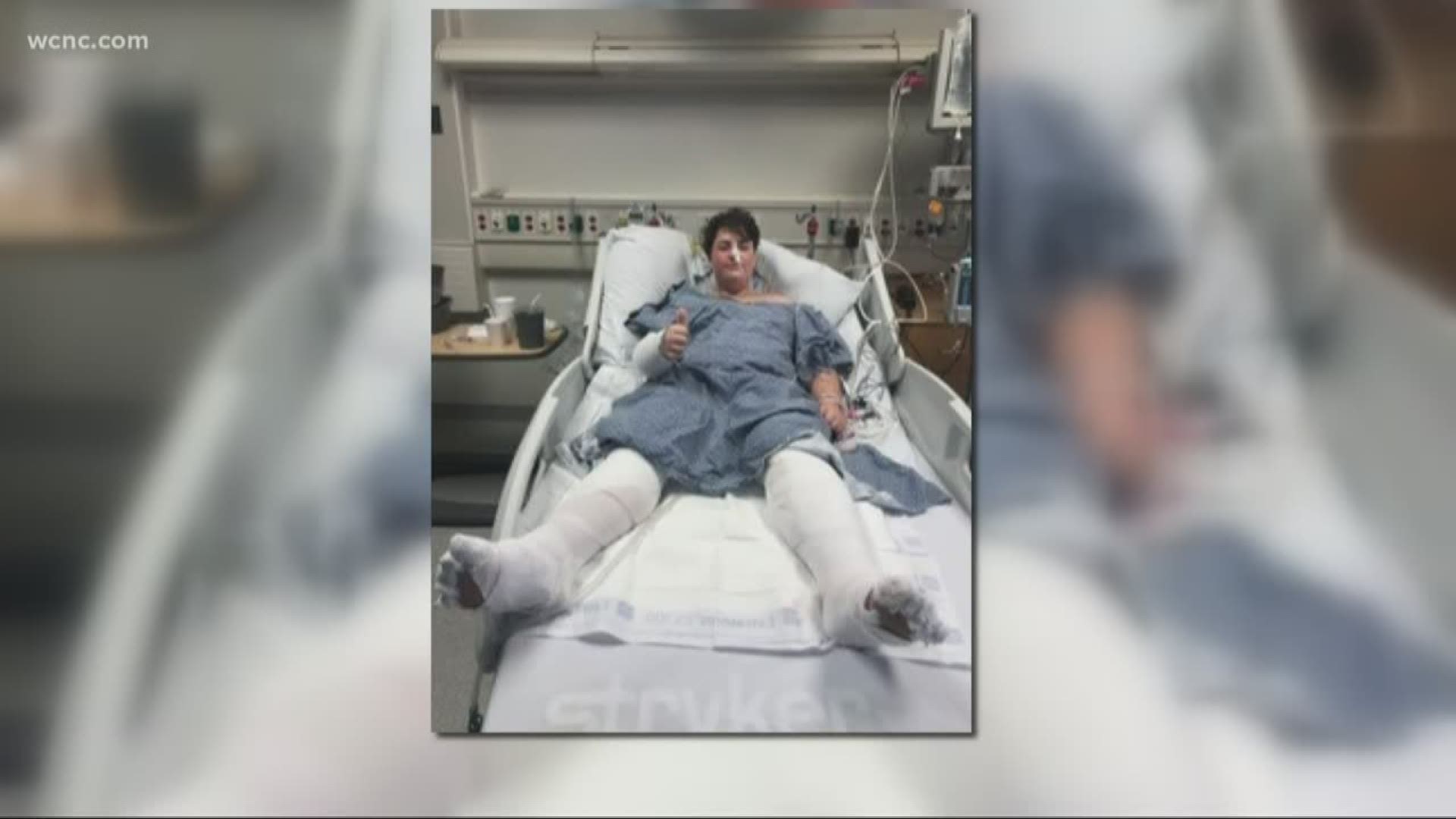 CHARLOTTE, N.C. — A WCNC Charlotte exclusive investigation is revealing a gap in treatment for severe burns in Charlotte.

It comes after a teenage boy was badly burned, while fighting a ferocious grease fire at his Belmont home. The aspiring chef was cooking dinner for his family when the fire broke out. However, instead of driving to a Charlotte hospital, he needed to be airlifted to Winston Salem.  After the Defenders team started investigation, we found out there is no burn center in Charlotte, the state’s biggest city.  For the first time, the teenager is describing the horrifying moments.

The teenager’s father says he thought they’d be driving to Charlotte for treatment, but he was wrong by about 80 miles.  Now, his son is describing the painful journey.

Joshua Kellar says he began cooking in the kitchen because it was therapeutic for him.

“I was really depressed,” Kellar said. “My therapist had said it relieves stress to cook.”

Last year, the aspiring chef had a dinner idea for his family, while his mom was at church and his dad was out with a friend.

“I was actually making the Popeye's sandwich homemade,” Kellar said.

Kellar says he heated up the grease, took the lid off the pot, and all of a sudden there was a ferocious fire.

“I took it off and then it exploded,” says Kellar. “It was the tallest flame I’ve ever seen.”

Then grease began violently spilling across the floor spreading the flames.

“I slipped and fell in the grease, and then like I was in fire, so I had to scoot out with my hands and feet,” Kellar told WCNC Charlotte.

It was just the beginning of a painful journey that took an unexpected turn; he needed to be airlifted out of the Charlotte area.

“Speed is of the essence when you're dealing with a burn,” says David Kellar, Joshua’s father.

The Defenders team learned there are only two burn centers in North Carolina and neither of them are in Charlotte, the state’s biggest city. For Joshua, that meant an 80 mile flight with third degree burns to 25 percent of his body.

“I passed out from the pain right after they strapped me into the helicopter,” Joshua Kellar said.

Joshua was flown to Wake Forest Baptist Health in Winston Salem. His family says from their home to the hospital took about two hours.

“It’s absolutely surprising to me, I would have thought some of the other facilities in Charlotte would be able to treat burns, but they're not, not at least to the magnitude of Josh's situation,” David Kellar said.

WCNC Charlotte checked two dozen other large cities, including those of similar size to Charlotte. According to the American Burn Association website, almost all of the other cities had burn centers, including Nashville, Indianapolis, and Orlando.   The search showed Austin, Jacksonville, and Denver do not have burn centers.

“I think it makes absolute sense to have a burn center in the Charlotte area,” David Kellar said.

Thankfully, Joshua got the treatment he needed. First, he slowly began walking again and then cooking too; something he didn’t know if he would ever do again.

“I had two panic attacks, it was really hard because of the sizzling and the smoke,” says Joshua Kellar.

“He’s not going to let the fire define him, instead he’s going to define the fire on his terms,” David Kellar said.

WCNC Charlotte asked Joshua Kellar what it’s like to be back in the kitchen.

Atrium Health shared numbers with WCNC Charlotte about how many burn patients needed to be airlifted to Wake Forest Baptist Health in recent years.  In 2017, there were eight patients, six patients in 2018,  and five patients in 2019, according to Atrium Health.

RELATED: CMS schools required to track number of drills, but not actual lockdowns