Statewide, heroin overdoses have grown 10-fold since 2010. Prior to 2010, two-thirds of the state's opioid deaths were caused by prescription painkillers. 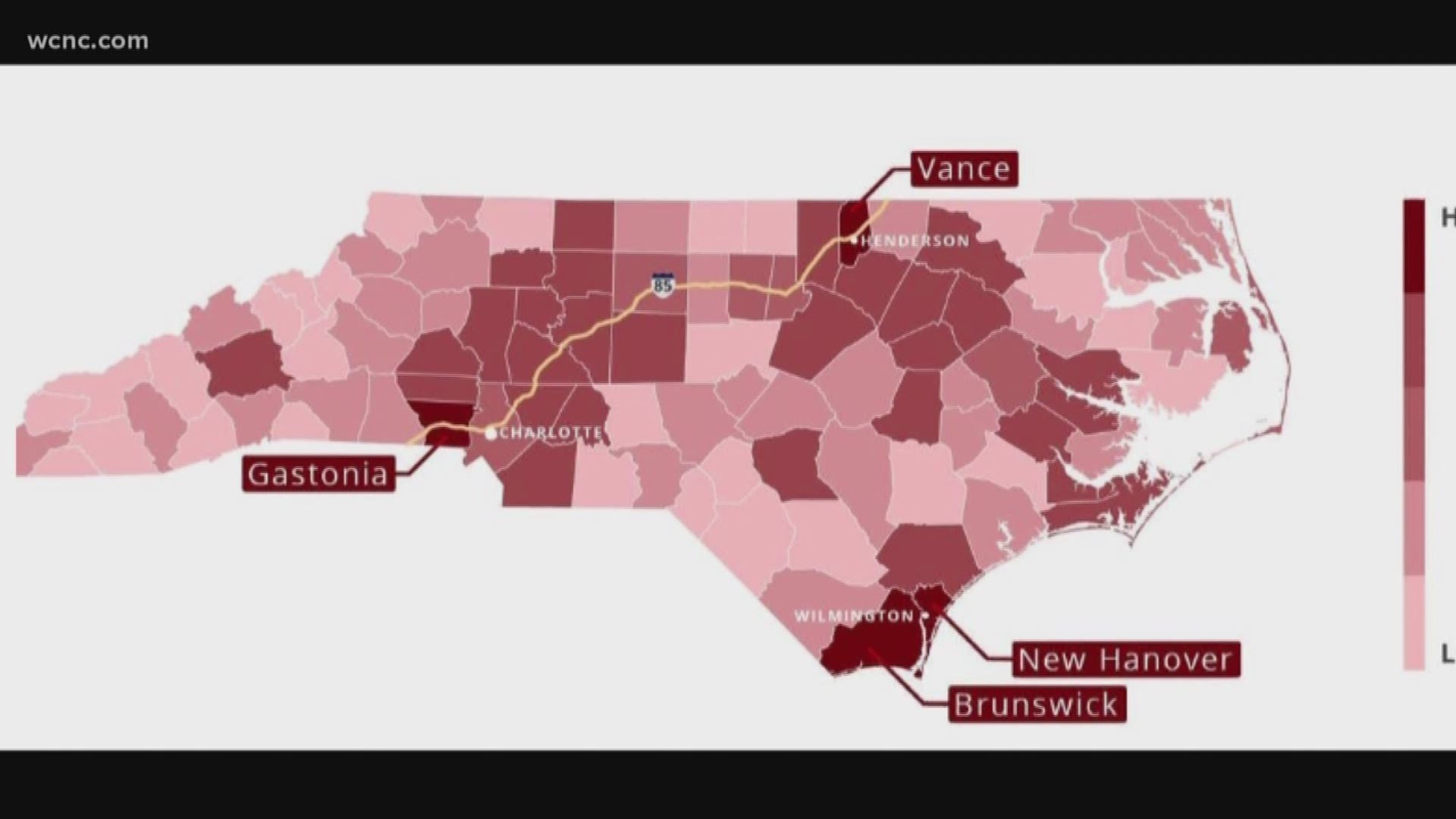 GASTON COUNTY, N.C. – A new study from Duke University showed that Gaston County is one of the four worst areas in North Carolina for heroin abuse.

The study, which was published in the North Carolina Medical Journal, showed that North Carolina saw an 800 percent increase in opioid-related deaths from 1999 to 2016, mostly attributed to heroin use.

Statewide, heroin overdoses have grown 10-fold since 2010. Prior to 2010, two-thirds of the state’s opioid deaths were caused by prescription painkillers.

The other top counties for heroin deaths in the state according to the study after Brunswick, New Hanover and Vance. Those counties all saw a 13-fold jump in heroin deaths over the period of the study.

“What we’re seeing now is many people moving to illicit drugs,” said Dr. Lawrence Greenblatt, co-chair of the Opioid Safety Committee at Duke Health. “You can just text your dealer and they’ll deliver. It’s like Uber.”

Greenblatt, who was not involved in the study, said heroin and fentanyl played a role in over 78 percent of opioid overdoses in North Carolina.