Teen vaping is finally trending downward, but experts warn the return to in person learning could reverse progress 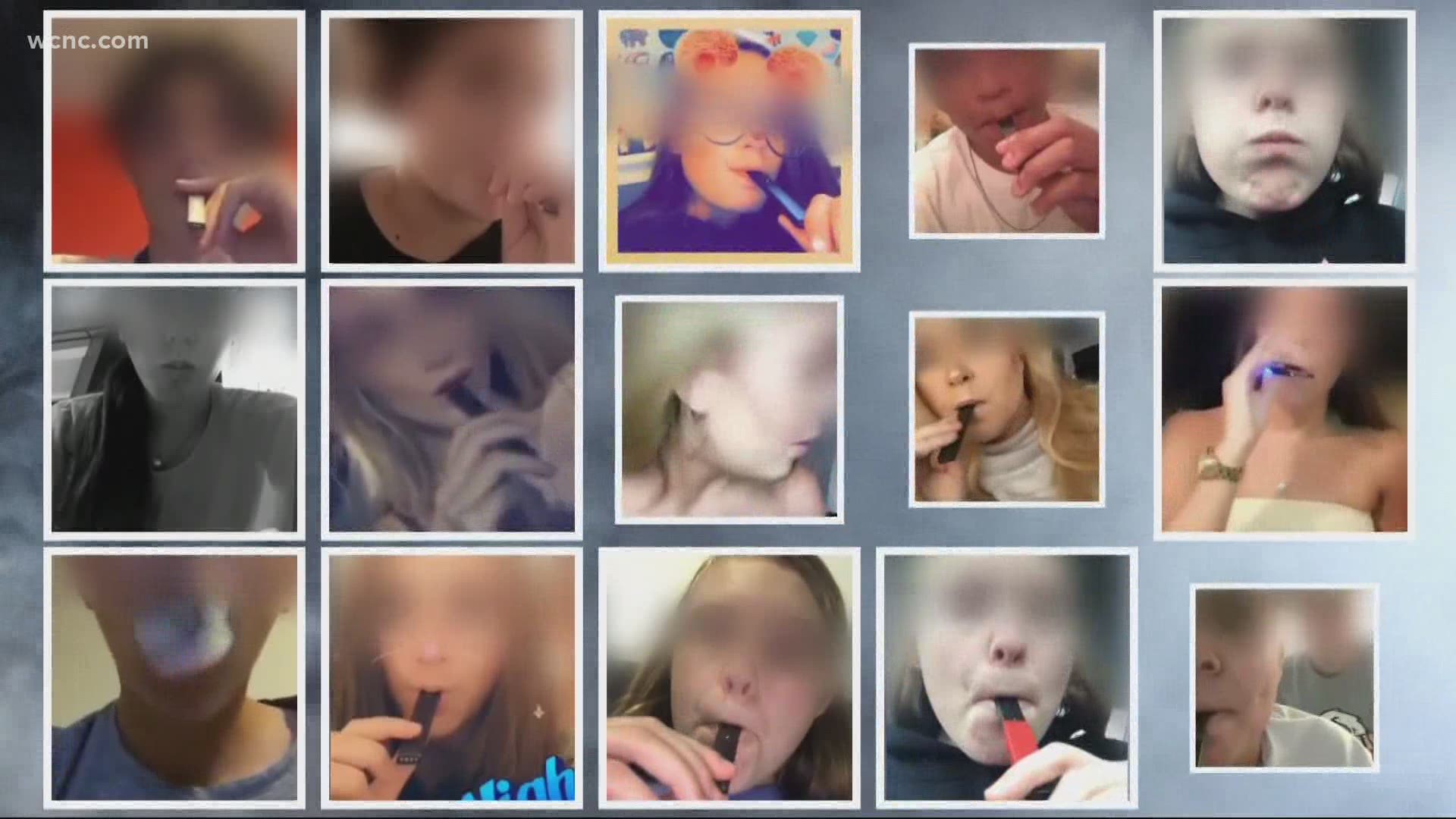 Some of that is being attributed to the pandemic and the fact that students were home more, under the watchful eye of their parents.

But experts are now issuing a warning about a potential spike in use, as kids return to in-person learning and spend more time with their peers.

“We have a nation of nicotine-addicted kids," said Dorian Fuhrman, mom and co-founder of Parents Against Vaping E-Cigarettes (PAVe), says although it appears teen vaping rates declined in 2020, it's still a huge problem.

“We are still at epidemic levels," she said.

Matthew Myers, president of the Campaign for Tobacco-Free Kids, says e-cig use among minors will likely spike again as kids head back to school in person.

"As kids are going back to school, which is a terrific development, we are concerned that the peer pressure that led to so many kids using these products will return as well," Myers said. “Peer pressure is enormously powerful. And these products were designed to be cool.”

"These devices are meant to be shared," Fuhrman explained. "Kids will huddle in a bathroom, and pass them around. So right there, they're passing germs around, and the chances of them getting COVID are that much higher."

“Kids' lungs are developing until the age of 25, or 27," Fuhrman said. "And we hear from pediatricians around the country, that patients who vape and then get COVID have worse symptoms than their patients who don't vape.”

Furhman added it’s important for parents and teachers to look for warning signs.

“If you notice your kid is going to the bathroom a lot or stepping outside a lot," she listed as indicators. "Extreme thirst. Impulse control issues, you know, if their mood changes dramatically…but it's not always evident. So you really have to pay attention."

Experts and medical professionals hope the return to in-person learning doesn't reverse a promising downward trend, saying now is the time for parents to have those tough conversations.

“Start speaking with your kids very early," Fuhrman  suggested. "They're not going to want to talk to you. But you have to keep going. This is our kids' health. And there's nothing more important than that.”

Here are some tips to consider before you have a conversation with your kids, courtesy of Parents Against Vaping E-Cigarettes (PAVe):

More resources for parents can be found here.