A Charlotte family is battling the unthinkable as their 16-month-old son will require a rare surgery to remove part of his brain. 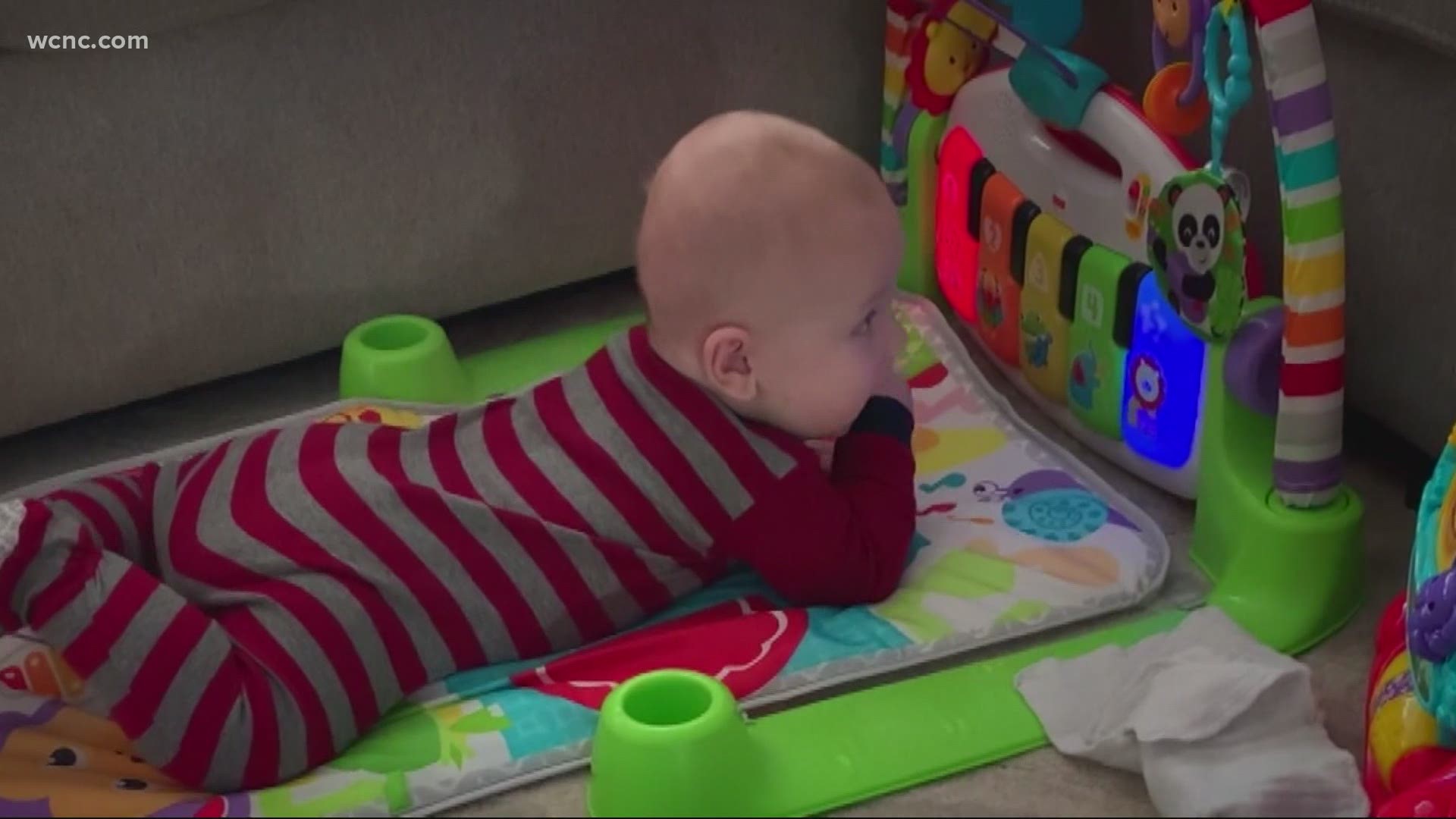 CHARLOTTE, N.C. — Like most new moms and dads, Kristen and Douglas Moore have tons of photos and videos of their firstborn.

But they also have videos that are heartbreaking to watch. Videos documenting 16-month-old Jackson's seizures.

"When he was 7 weeks old, he started making this weird movement," Kristen remembered.

Jackson was diagnosed with a rare disorder called Tuberous sclerosis complex that means he has tumors all over his body affecting every organ, including several in his brain that cause epilepsy and constant seizures.

RELATED: NC sets a new record COVID-19 record high. It's not even Thanksgiving yet.

Their best hope now is surgery at Texas Children’s Hospital in Houston to figure out where the tumors in his brain are and how to get rid of them.

"They drill holes into his head and implant directly into his brain," she said.

"As a parent, thinking someone is going to be removing part of his brain, that’s a difficult pill to swallow," Douglas said. "But if it has any chance of helping him with his development we're willing to take it."

On top of everything, COVID-19 has completely complicated caring for Jackson.

Most of his doctor appointments are virtual and every time he needs a procedure, Jackson has to be tested for the virus.

"We've been doing virtual therapy since March," said Krisen. "That makes it hard, it feels like we're not giving him as much as we could because I have to do them all at home."

They’re homebound and unable to see family and friends because they have to make sure they're COVID-free for Jackson in general, and especially for his upcoming procedures.

"We live in the moment," Kristen said. "We live day-by-day, our lives have been transformed but there have been a lot of blessings that have come from it, too."

Kristen had to quit her job to care for him full time and the family is set to head to Texas for the surgeries in 10 days. Friends have set up a GoFundMe to help with all of the medical bills and associated costs.