The toxic plant has been spotted six times in Watauga County this decade. 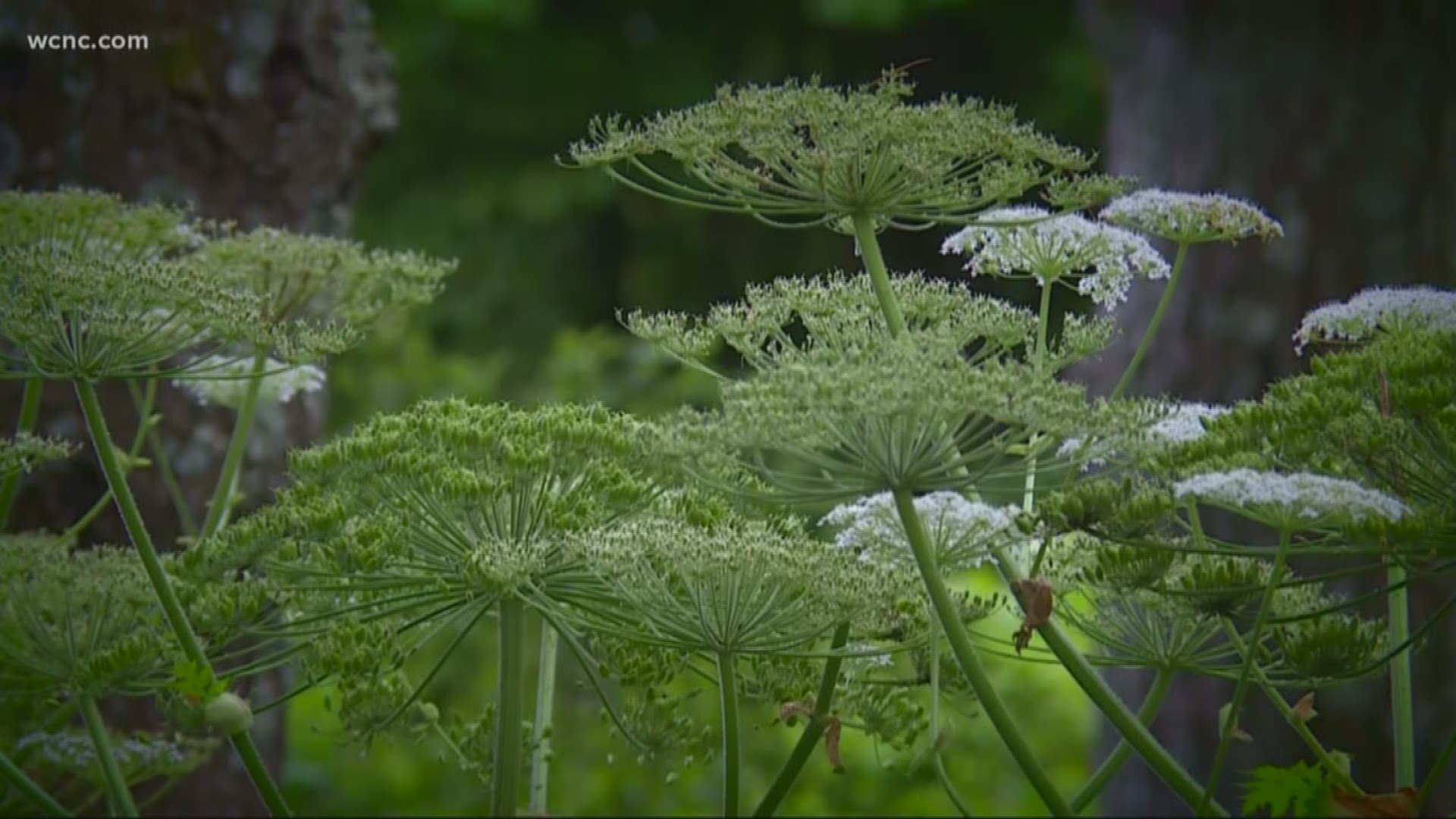 WATAUGA COUNTY, N.C. — Officials with the North Carolina Department of Agriculture and Consumer Services said 200-300 hogweed plants have been found in Blowing Rock.

The toxic plant has been spotted six times in Watauga County this decade. Betty Jo Kinzler noticed hogweed in her neighbor's yard three years ago.

RELATED: Dangerous plant that can cause 3rd-degree burns, blindness found in multiple states

"Nice, white, fluffy flowers,” she said, adding that she almost picked a bouquet. "It's very unusual; I thought it was mystical."

After reading the newspaper, Kinzler saw an article about the plant that's even more toxic than poison ivy. It's known to cause third-degree burns, even blindness.

She called N.C. Department of Agriculture to take care of the plant by spraying glyphosate, or Roundup, before it can inflict the kind of damage it did to Alex Childress. The 17-year-old landscaper from Virginia thought he was simply sunburnt until his skin started to blister minutes later.

RELATED: Giant Hogweed, a plant that can cause burns and blindness, found in Virginia

"Certain aspects that are painful, like when they clean off dead skin or blisters and stuff like that," Childress said.

Thanks to Kinzler, no one was hurt by the plant in Blowing Rock.

"You just never know what's growing in your own backyard,” she said.