An officer-involved shooting was under investigation Saturday night in Huntersville. 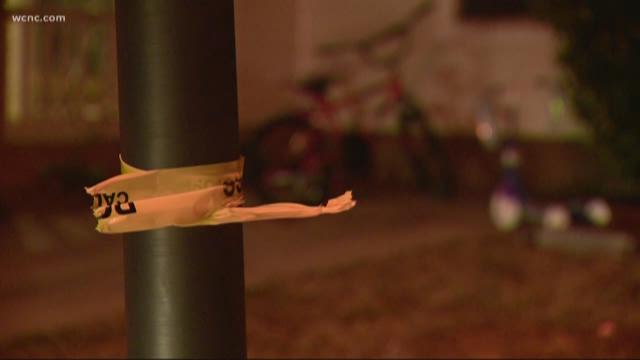 HUNTERSVILLE, N.C. -- A deadly officer-involved shooting that occurred Saturday is under investigation.

The Huntersville Police Department were called to the 9300 block of Gilead Hill Court in reference to a domestic complaint made by a female subject around 9 p.m. Saturday.

Authorities said the female subject called 911 and reported that she was being assaulted by a male subject believed to be 42-year-old Joseph Hilton.

Station 1, responding to an assist Police call in the 9320 Block of Gilead Hill Court, Use caution in the area & YIELD to responding units. #MoveOver #CLTtraffic

When officers arrived at the residence, they said the female subject was at the front door and appeared to have injuries to her face. She allegedly told officers that Hilton was armed.

According to the Huntersville Police, officers entered the home and found Hilton upstairs lying on a bed.

The officers involved in the shooting were identified as 36-year-old John Allen and 28-year-old Travis Watts.

The SBI has been requested to conduct the investigation into the officer's actions. Anyone with information is asked to call the SBI at 980-781-3004.