Liam was rushed to Levin Children's Hospital when he couldn't walk. Doctors said the infection was quickly spreading through his body. 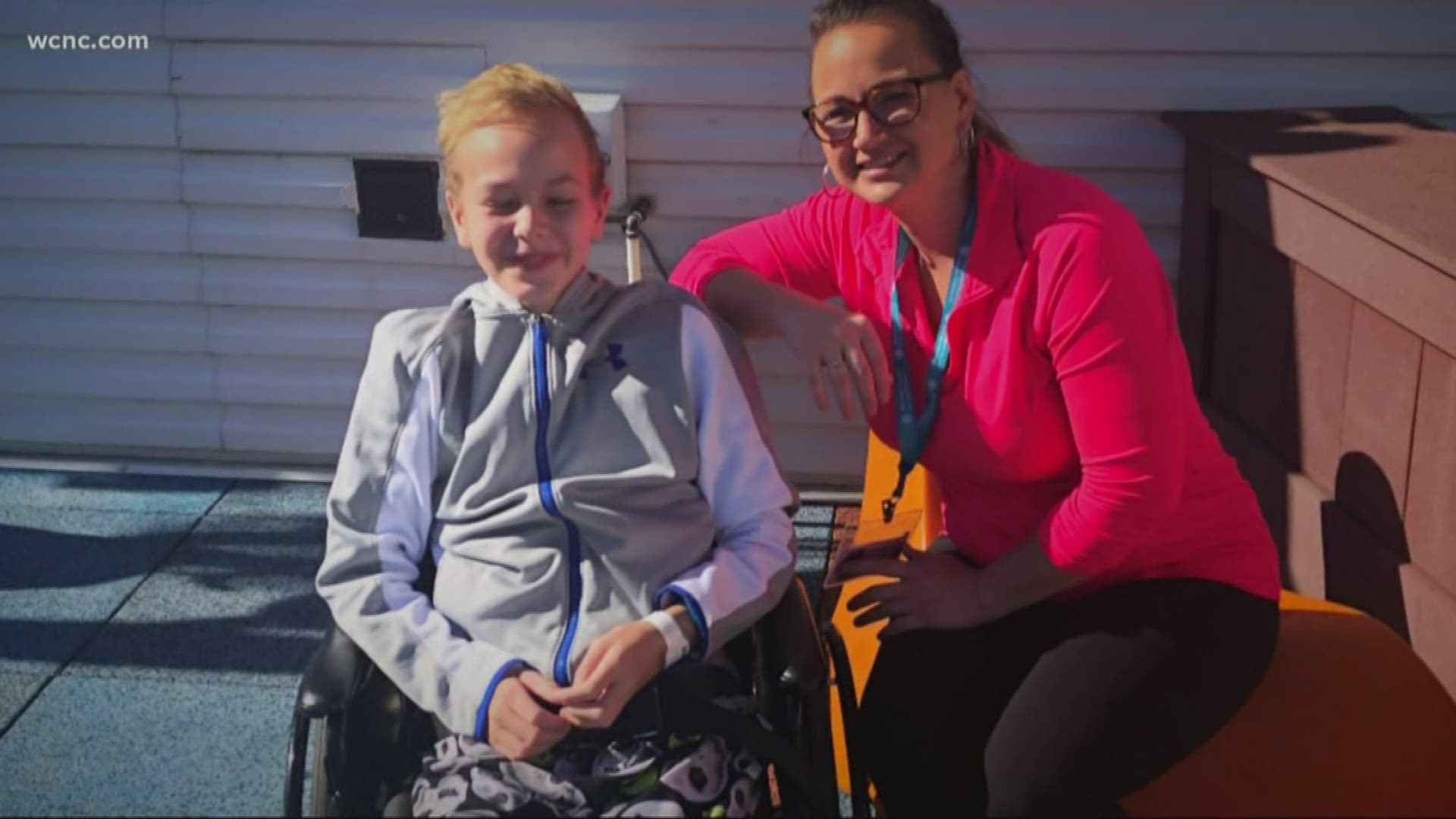 Fifth-grader Liam McLendon collapsed at school and was rushed to a hospital. His illness is just one of several cases reported at local elementary schools in the past month.

MRSA is a staph infection that's resistant to some antibiotics. It's spread through skin-to-skin contact and while it's not always deadly serious — it can be. Liam's been in the hospital for over a month now battling a serious infection.

His mom, Lonnie, says it all started when he fell down the stairs at school. A few days later, he lost his ability to walk.

"He could not walk at all," Lonnie McLendon said. "He couldn't put any pressure on his leg and he as in immense pain any time we even just touched his leg or tried to move him."

Liam was rushed to Levine Children's Hospital where doctors confirmed he had somehow contracted MRSA and it was spreading through his hip.

"They went in on Monday to the the surgery and he was so full of MRSA," Lonnie said. "The inside was just very infected."

MRSA may be familiar to you. The infection, which is easily spread from person to person, had a major impact on schools in Charlotte several years ago. In 2003, Mecklenburg County reported an outbreak of the infection running rampant through Charlotte-Mecklenburg Schools, particularly among student-athletes.

Now, the infection is making headlines again, with three reported cases in Union County elementary schools in the last month, as well as Liam.

"In all, we've had seven surgeries," Lonnie McLendon said. "We're hoping we get to go home by Thanksgiving."

Doctors say MRSA is commonly spread among young people in particular because kids might not always practice the best hygiene. Simple soap and water can usually wash away the infection.

"Human to human contact is the most common way that it gets transferred," said infectious disease specialist Dr. Arash Poursina, who says if it makes its way into the bloodstream it can become life-threatening.

"It can spread then to other vital organs," Dr. Poursina said. "It can be a very aggressive organism. It produces a lot of toxins and a lot of destruction."

Poursina says there's no need to panic about MRSA because it's usually easily identified and treated. It can be prevented by staying vigilant and reminding your children to keep their hands and bodies clean, particularly after exercise.

Lonnie and Liam had the unfortunate experience of learning about MRSA the hard way as the 11-year-old climbs an uphill battle to recovery. Lonnie hopes her son's story can help other parents aware of what can happen.

"I think it's something to read up on but it's also something to not be scared about, just educate yourself," McLendon said. "If you use the right soaps and cleaning solution you can get it right off your body."

A GoFundMe has been started to help the McLendon family with expenses during Liam's hospital stay. You can learn more or make a donation by clicking here.