Pregnant asylum seeker sent back to Mexico while in labor

A Honduran asylum seeker said U.S. Border Patrol returned her to Mexico with her husband while in labor. She later gave birth to a girl at a Rosarito hospital. 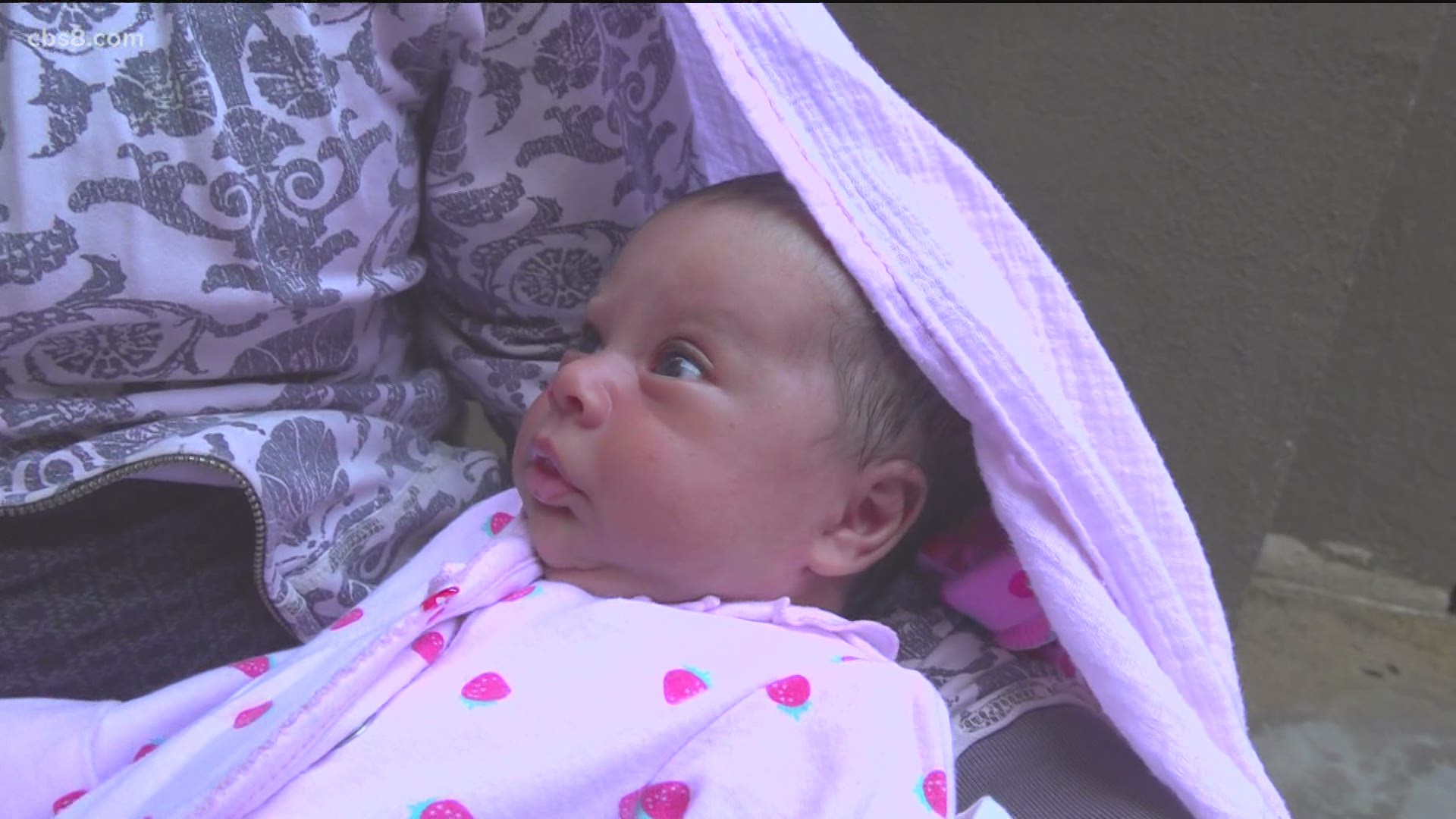 TIJUANA, Baja California — A Honduran couple seeking asylum in the United States said they were returned to Mexico while in labor earlier this month. Belkis and Allan said they spent months making their way to Tijuana.

They decided to cross between ports of entry since the border is closed to most asylum seekers because of the pandemic. Once in Border Patrol custody, Belkis began to go into labor.

“[The agent] told me ‘sit down, sit down.' I can't, I tell him because it hurts a lot and I tell him I’m throwing up,” said Belkis. News 8 is not using her last name because the couple claims they are concerned about their safety in Mexico and their family’s safety in Honduras.

Once in the back of a transport van, Allan recorded two short video clips on his phone.

“I wanted to take the full video, but she was afraid. I was in fear. Then I only recorded a part where she is on the floor in a lot of pain. I couldn’t stand it anymore because I didn’t know what to do,” said Allan.

They said they were taken to the San Ysidro Port of Entry where they were returned to Mexico.

The Red Cross, which operates the ambulance service in Tijuana, transported Belkis to a Rosarito hospital where she delivered her baby. Although Daphne is healthy, the couple has not been able to get her immunizations because they are not eligible for Mexican health insurance and cannot afford them.

“To see that Border Patrol returned this family back to Mexico where they don't have immigration status, where they don't have the opportunity to easily receive medical care -- that to me, was really shocking and it was a dereliction of duty,” said Ginger Cline, a justice catalyst fellow at Al Otro Lado, a non-profit that provides legal and humanitarian support for asylum seekers. "This is consistent with what we've seen with other clients as well who have been returned to Mexico despite having severe medical conditions or unmet medical needs."

U.S. Border Patrol did not address their specific case but said “it is USBP policy to arrange for medical aid to anyone who is in distress when encountered by agents, whether from Border Patrol, EMTs or local emergency medical services. All subjects who require immediate medical care are transported to the hospital as appropriate.”

The couple’s baby, Daphne, is healthy and they plan to request asylum as a family once the border reopens.

Their return to Mexico was just the latest in a series of setbacks experienced during their journey.

Allan was a soccer player in Honduras. He and Belkis decided to flee after they said they received several threats of violence.

They spent weeks making their way through Guatemala by bus, traveled by boat into Mexico, and then walked and took trains to various northern cities over the course of two months.

They were nearly turned back by immigration officials in Mazatlán but were eventually able to travel to Mexicali. At times they traveled with other Central American migrants through some of the more remote parts of Mexico.

“We embarked on a journey. It was difficult for us because neither she nor I knew the way. We didn't know what we could face, we didn't have enough money, but we put everything in God's hands,” said Allan. “Her situation was very difficult, and we didn't want to lose the baby either.”

They eventually traveled to Tijuana, where Allan had a sister who was also waiting to enter the U.S. to claim asylum.

President Donald Trump drastically scaled back the asylum process a year ago, citing the pandemic. Under Title 42, most asylum seekers along the southern border are returned to Mexico. The policy was continued by President Joe Biden, although he permitted unaccompanied children to remain in the U.S. until their case can be processed and they can go before an immigration judge.

Allan, Belkis and their daughter are staying at a rented apartment in Tijuana until the border reopens.

“We wanted to come and ask for help here to get us asylum, but to this day no one has taken care of us. No one has listened to us. It's already been three months here without any help,” said Allan. “I don't want to cry often so [my wife] doesn't feel bad, but actually, sometimes I can't hold back.”

Editor's note:  This story has been updated from its original version to clarify that Title 42 policy scaled back the asylum process.