The project is one of two tributes the city is planning for victims of the Atlanta Child Murders. 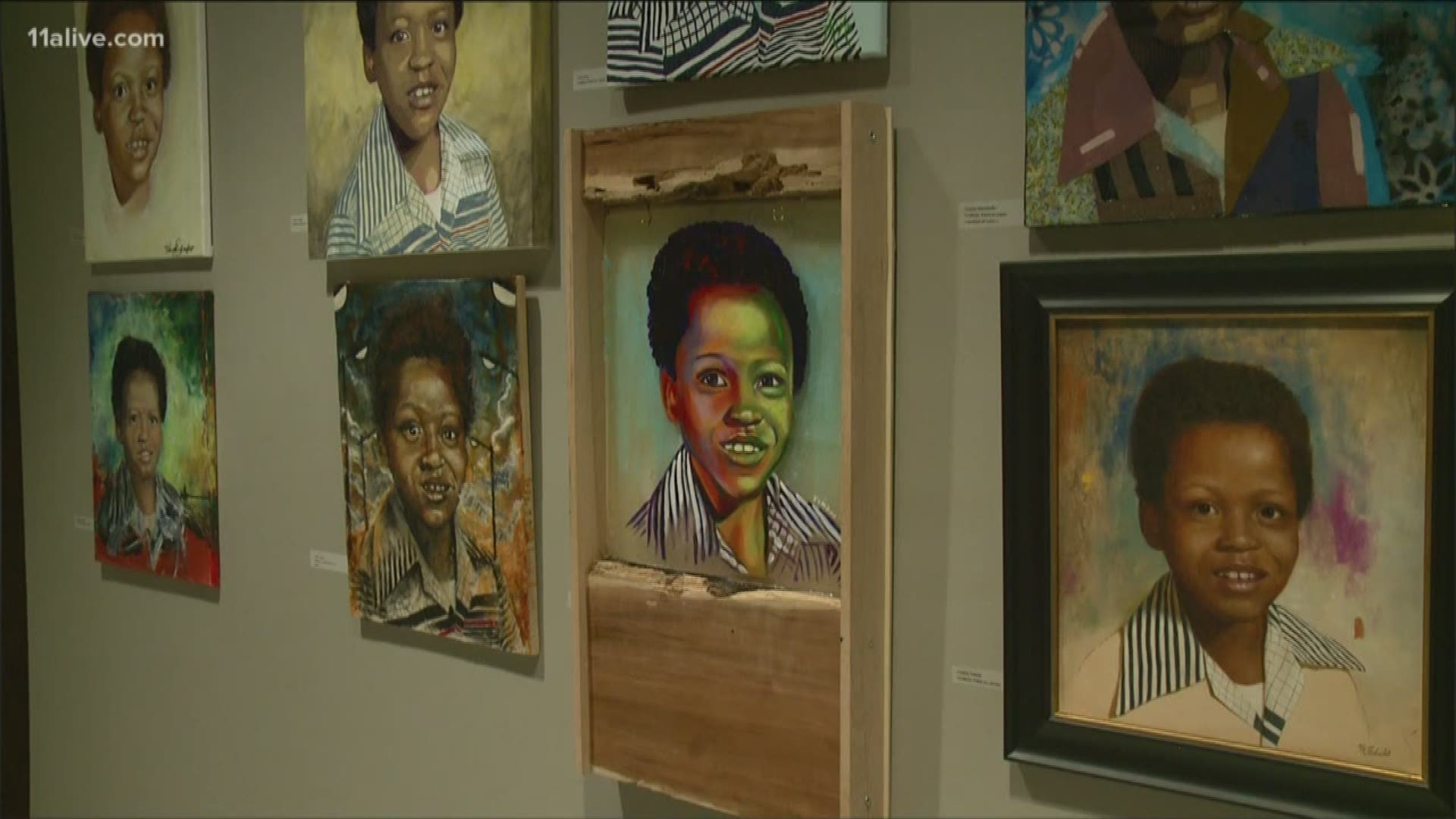 ATLANTA — The city unveiled a series of portraits memorializing the victims of the infamous Atlanta Child Murders on Thursday evening.

An exhibition featuring the work of several artists who wanted to be a part of the tribute officially opened at the Mayor's Gallery at City Hall late in the evening. Beforehand, several people tied to the idea spoke of the importance of putting a face to every name lost during one of Atlanta's most tragic and dark periods.

Twenty-nine African-American children were killed from 1979 to 1981. Mayor Bottoms called them by name.

The exhibition, which will remain at the city hall until Feb. 6. The mayor's office said in a release that the exhibition features artwork from more than 100 submissions by Atlanta visual artists.

Winning portrait artist Dwayne Mitchell was also introduced at the event. His portraits memorializing victims will be displayed in the Atrium of Hartsfield-Jackson International Airport from May 28 through July 22.

"I wanted to portray their innocence," he said.

He reflected on the time period when the murders happened.

"This project, I couldn't begin to tell you how much it means to me," Mitchell said. "Because I was scared during that time. Me and my brother were attending school."

He hopes his work will give the families peace.

In 2019 a task force was created to come up with way to acknowledge the lives lost.

Another tribute, the Atlanta Children's Memorial Eternal Flame, is "currently under review and will be installed on the grounds of Atlanta City Hall," the mayor's office said.

'These children were our children. They were us' | Mayor hosts reception for searchers of Atlanta Child Murder victims, announces memorial