The brutal brawl involved bleach and a stun gun. One of the girls suffered an eye injury as a result. The mom said there were warning signs the night before. 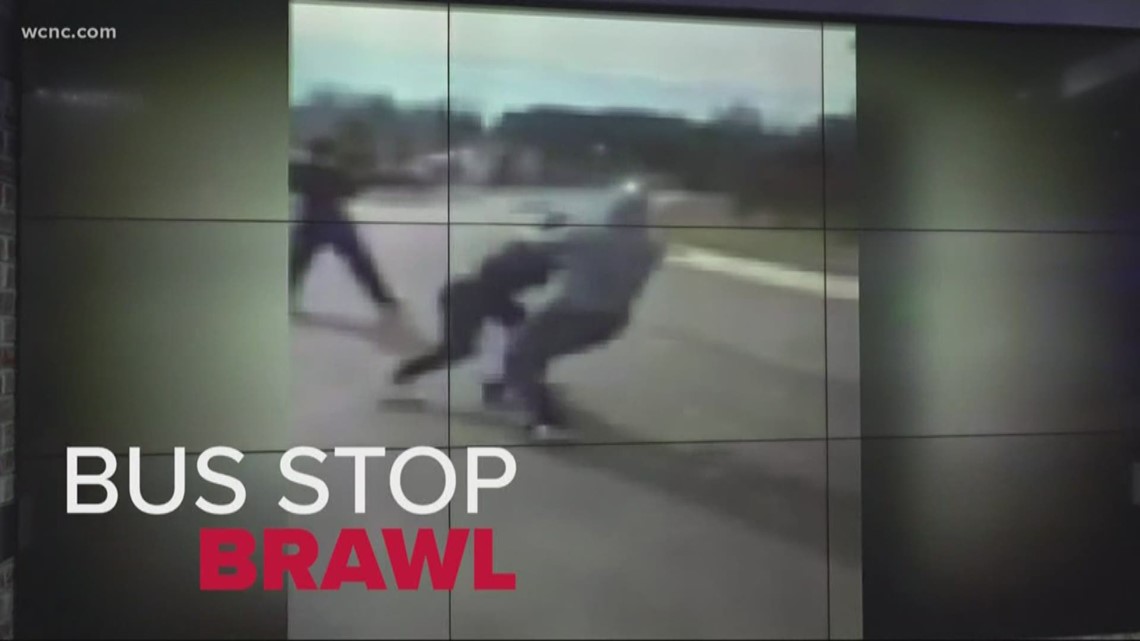 CORNELIUS, N.C. — What started with threats on social media ended with a brawl at a bus stop, a call to the Cornelius Police Department and a teenager taken to the emergency room with an eye injury.

Classmates filmed almost every angle of the brutal fight, from the tossing of liquid in Skylannd Sherrill's face to the sound of a stun gun.

"It was bleach in the cup," the 17-year-old said. "I didn't know it was bleach until she threw it on my face. She was like coming toward me. She was trying to fight me, so I have to defend myself."

The almost full minute of fighting included fisticuffs, hair pulling and verbal back and forths on January 16.

Skylannd's mother said what hurt her the most about the situation was knowing she could've done more to keep her daughter safe.

She said the red flags were there the night before inside a direct message on her daughter's Instagram account. Her daughter showed her the threatening messages before bed.

"I did not take the initial threat serious," the mother said. "I was like, hopefully she won't make good. Hopefully, she won't be there."

She was wrong. It's a difficult lesson to learn, especially considering her daughter's medical records show she suffered chemical conjunctivitis, also known as chemical pink eye as a result of the bleach.

"We took her to the emergency room. They had to flush her eyes out. It took several hours," she said. "I just want parents to pay attention. Listen to your children. Take people for their word."

Her daughter said the fight stemmed from a miscommunication between the two girls that sadly escalated.

"She thought I was talking about her," Skylannd said.

Skylannd said it was her first fight.

"I regret that she was put in a situation where she had to defend herself," her mother said.

Cornelius police took a report the same day. Because of the ages of those involved, officers referred the case to the Department of Juvenile Justice.