The Diocese of Charlotte is now expected to wait several more months before deciding whether to release the names of priests accused of past sex abuse. 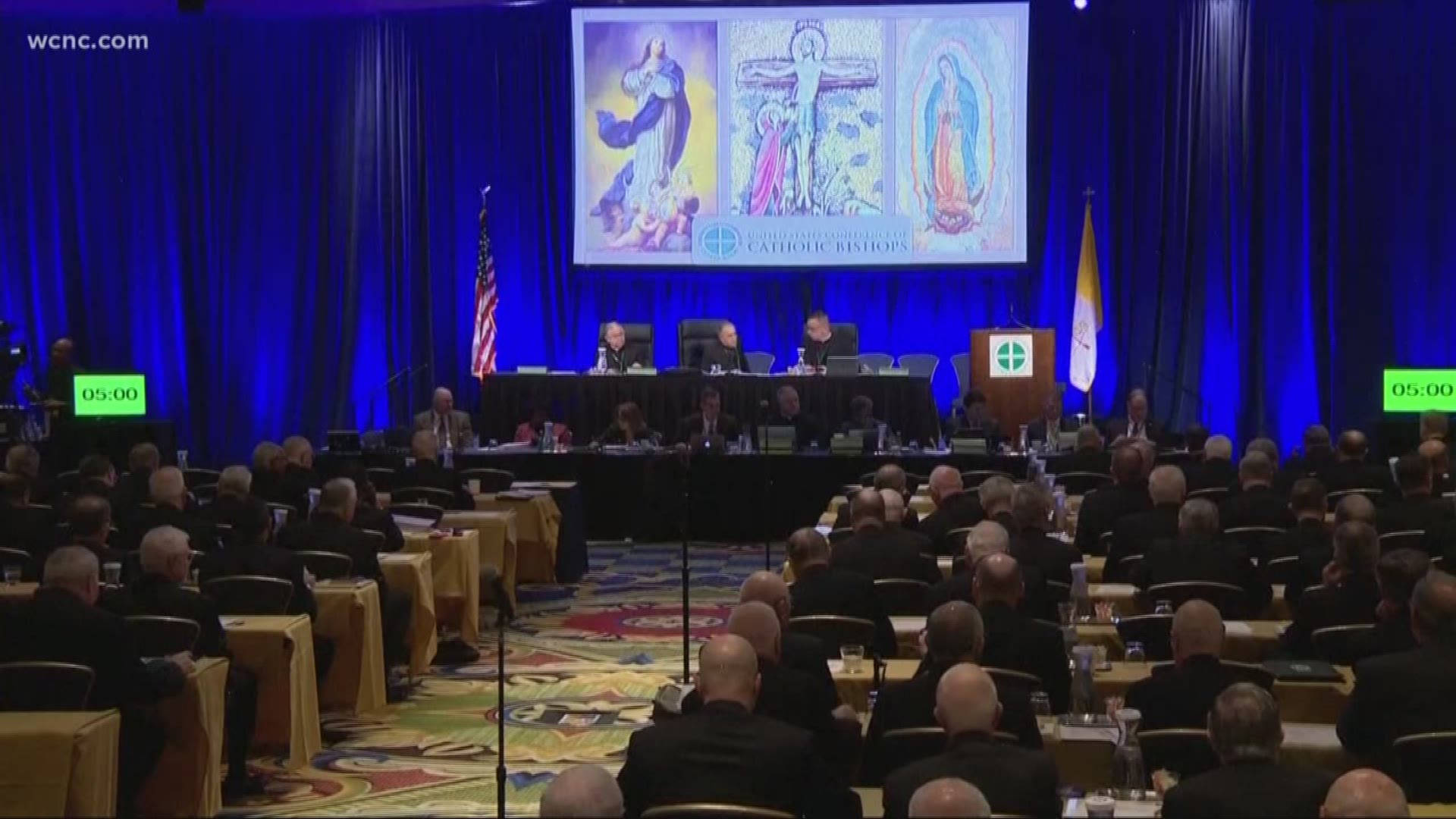 CHARLOTTE, N.C. -- The Diocese of Charlotte is now expected to wait several more months before deciding whether to release the names of priests accused of past sex abuse.

The delay comes as Pope Francis intervened during a meeting of the most powerful Catholics in the country.

The nation's Catholic bishops started a week-long conference today in Baltimore with plans of voting on two sex abuse response proposals, but at the urging of the pope, the bishops postponed those votes.

Diocese of Charlotte Communications Director David Hains said the impact will be felt here as the diocese considers whether to publish the names of accused priests.

"We're waiting for input from the bishops as to the best way to go about this," Hains said. "It's a little disappointing. We had hoped to get that input this week and get to work making that decision."

Pope Francis' requested last-minute delay means the nation's bishops will hold off on any decisions until he and the world's bishops hold a special meeting to discuss clergy abuse in February.

"The American bishops will probably meet in March to act on whatever is decided at the February meeting," Hains said. "We will be using input from the March meeting on our decision on posting the list...So, it looks like it is going to take a bit longer but I have no doubt that the end result will be a policy that complements the steps we have already put in place to protect children."

The mounting pressure follows a call for transparency and accountability from victims, but as much they would welcome a published list of predator priests, sex abuse attorney Seth Langson predicted the diocese will never do it.

"They're the least transparent diocese in the country," Langson said.

Back at diocese headquarters, Hains said the church is taking an abundance of caution, considering every detail before outing anyone.

"We want to do this one time," he said. "Many of those dioceses may have to redo their lists."

Our investigation previously identified at least nine priests linked to 15 abuse allegations here, including some who belonged to other religious orders linked to the Catholic church.

Hains said the diocese is looking to the United States Conference of Catholic Bishops to determine if those people should be on its list too. He also said there are considerations for deceased priests.

"You have situations where allegations were made after a priest died," Hains said. "He has no way to defend himself...Can you fairly publicize a name as having an allegation against them when they were never given an opportunity to defend themselves?"