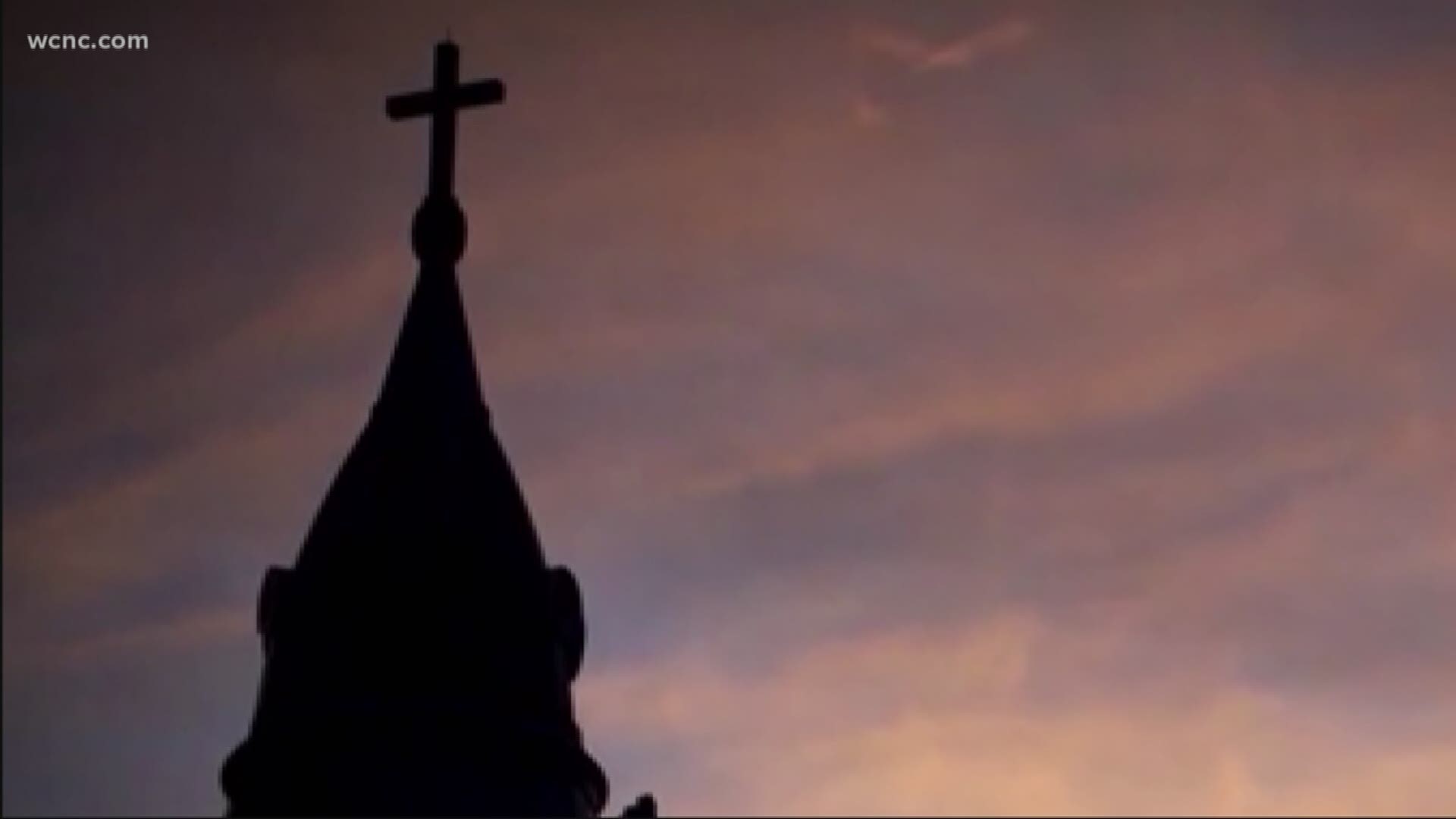 CHARLOTTE, N.C. — The Diocese of Charlotte has released the name of 14 clergy members who have been credibly accused of child sexual abuse in western North Carolina since the diocese was established in 1972.

Click here to view more information regarding where the alleged abuse took place.

“It is painful to even try to comprehend such gravely immoral behavior,” Charlotte Bishop Peter J. Jugis wrote in a letter published Monday along with the list and other abuse information. “However, in speaking with survivors and hearing their stories, it is clear to me that making known the names of their abusers can promote healing for them and their families.”

“This list is the culmination of a process begun more than a year ago in our belief that a full accounting of credibly accused clergy would provide validation for victims and demonstrate our commitment to transparency and accountability,” wrote Jugis. On Sunday, the bishop offered prayers for abuse survivors and told parishioners about conclusions of the diocese’s file review during Mass at St. Patrick Cathedral in Charlotte.

As part of his on-camera comments, historically rare for top ranking diocese officials, Rev. Winslow assured the public the church has made great improvements in protecting children over the last 17 years, including a 2002 zero-tolerance policy. However, he admitted those improvements came too late.

"I wish we had those policies of 2002 long before. They've been working so well. They could have worked in the years before and so much harm could have been prevented," he said. "We're interested in being accountable for the past even if there are mistakes, even if there are errors or misjudgments that have been made. Whenever there's wrongdoing or past mishandling, we have to acknowledge it and I think the historical review is going to be able to review that. In so far as there was any wrongdoing and any mishandling, I will thoroughly be honest and acknowledge fault."

The new chancellor said while much focus today is rightfully on the distant past, it is important for the public to understand there are now strong policies keeping kids safe.

"We've effectively deputized every volunteer, every employee in the Diocese when they see something, to say something," he said.

Earlier this month, Father Patrick Hoare of Ballantyne's St. Matthew was placed on administrative leave after allegations of the sexual abuse of a minor about 25 years ago surfaced. Those allegations are from before Hoare entered the ministry.

The diocese compiled the information on a new webpage, www.accountability.charlottediocese.org, which also features resources including a new hotline for reporting sexual abuse operated independently by Red Flag Reporting. The hotline allows people to speak up, anonymously or not, when suspected sexual abuse or other unethical activity is noted.

“The credible allegations of child abuse outlined in this report are devastating. I hope this action is part of a process to bring some closure and justice to the victim-survivors. Each of these victim-survivors has legal recourse available, including a two-year look back window for civil claims, regardless of the statute of limitations, that the SAFE Child Act made available to them.”