The lawsuit, filed May 17, alleges "severe systematic understaffing" caused not by COVID-19 but by the owner's business model, resulting in poor resident treatment. 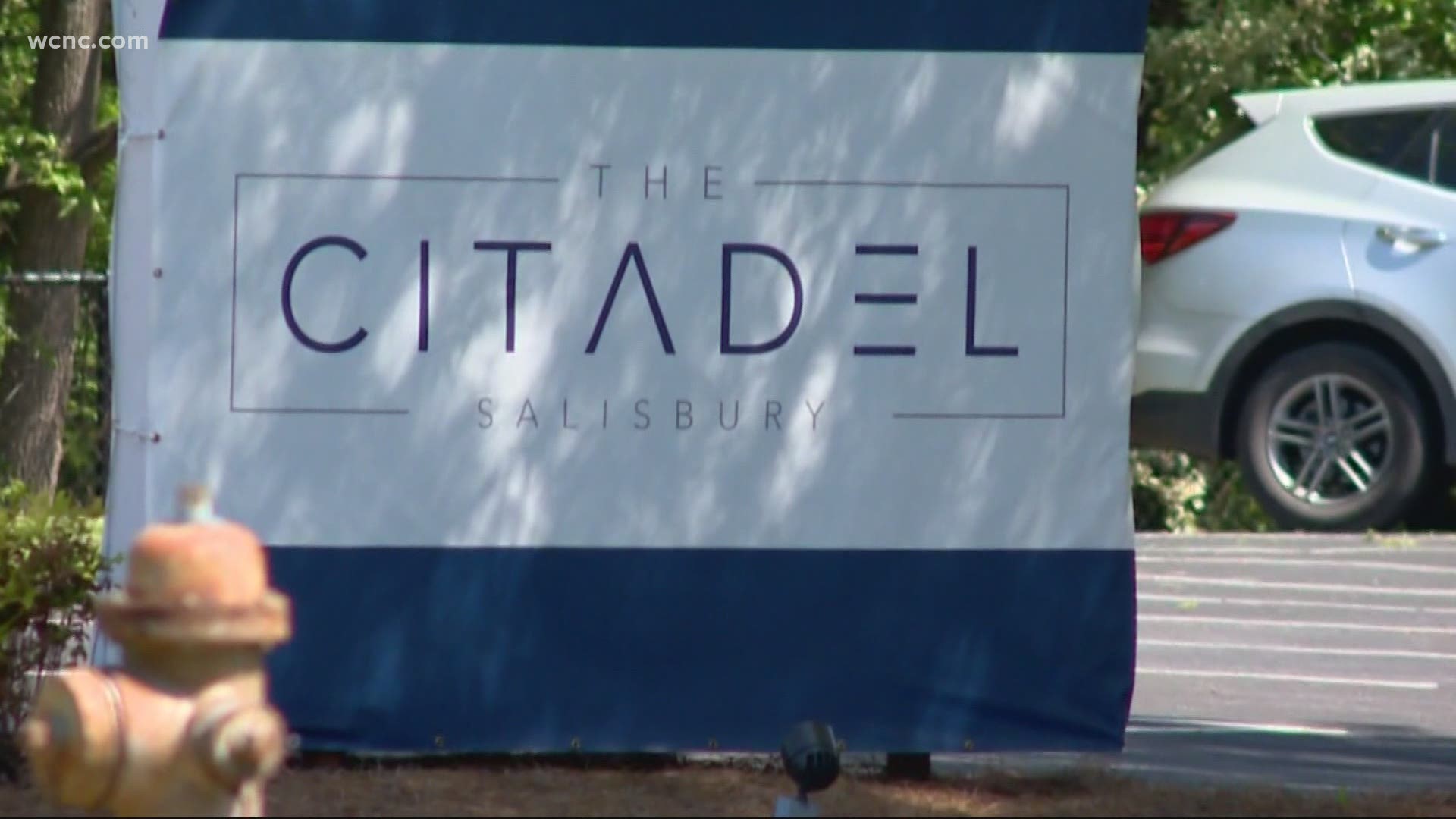 SALISBURY, N.C. — A class-action lawsuit has been filed against The Citadel Salisbury, a nursing home that, at one point, had the most COVID-19 cases of any nursing home in North Carolina.

According to Rowan County records, there were 189 COVID-19 infections at The Citadel Salisbury and 18 COVID-19 deaths.

The lawsuit, filed May 17, alleges "severe systematic understaffing" caused not by COVID-19 but by the owner's business model, resulting in poor treatment of residents. The plaintiffs allege when ownership of The Citadel changed in early 2020, new ownership promised "5-star" service but instead was rated as a "one-star facility" by the Centers for Medicare & Medicaid Services.

Additionally, the lawsuit argues the parent company Portopiccolo has grown rapidly over the course of five years -- going from controlling zero nursing homes in 2016 to over 120 now.

"Because of the Facility’s dire conditions, it is no surprise that the Citadel Salisbury became the site of one of the earliest and largest COVID-19 outbreaks at any congregate care setting in North Carolina, as confirmed by testing of numerous residents which occurred on April 10, 2020," the lawsuit reads, in part.

Specifically, the plaintiffs allege when new ownership took over, it failed to ensure patient chart documents had carried over from previous management, and in doing so failed to protect residents.

The lawsuit says the company has “grown its enterprise by using reckless cost cutting measures that have led to it owning facilities predominantly ranked as only one- or two-star by the official U.S. Government.”

The lawsuit goes on to detail the account of a resident named Sybil Rummage, who has been a resident since September 2015. Rummage allegedly asked why her roommate had not been quarantined in April 2020 despite having a fever and cough. Rummage was allegedly told to pull her privacy curtain closed in case her roommate had COVID-19.

Rummage was also allegedly given an incorrect dosage for her heart medication days later, and over the course of the month had further issues with the staff either not providing information or not taking proper COVID-19 precautionary measures.

The lawsuit also details the account of a resident named Betty Deal, who has been a resident since April 2019. The lawsuit alleges that staff failed to give Deal her prescribed medication to treat Parkinson's disease in a timely manner more than 20 times. Deal was also one of the residents that tested positive for COVID-19 in April 2020.

The other plaintiffs involved in the lawsuit are Sonya Hooker, Donna Deal, and Kenneth Michael "Mike" Deal. Hooker is the adult daughter of Rummage. Donna and Mike Deal are family sponsors of Betty Deal; Betty is Mike's mother and Donna's mother-in-law.

The plaintiffs claim “part of Defendants’ for-profit private-equity business model was to cut costs and reduce staff to minimum numbers. This business model, which was negligent, reckless, and intentional, was unrelated to the COVID-19 issues which began to manifest at the facility in March-April 2020.”

The plaintiffs’ lawsuit alleges breach of contract, deceptive trade practices, breach of fiduciary duty, and infliction of emotional distress. They’re now requesting a jury trial and asking for these claims to be granted class-action status. The lawsuit asks for damages to compensate for the adequate staffing plaintiffs believe their loved ones did not receive.

WCNC Charlotte's Nate Morabito has reached out to a spokesperson for The Citadel Salisbury for comment.