CMPD refused to talk on-camera about its practice of continued drug arrests, so we questioned the agency during Wednesday's weekly news conference. 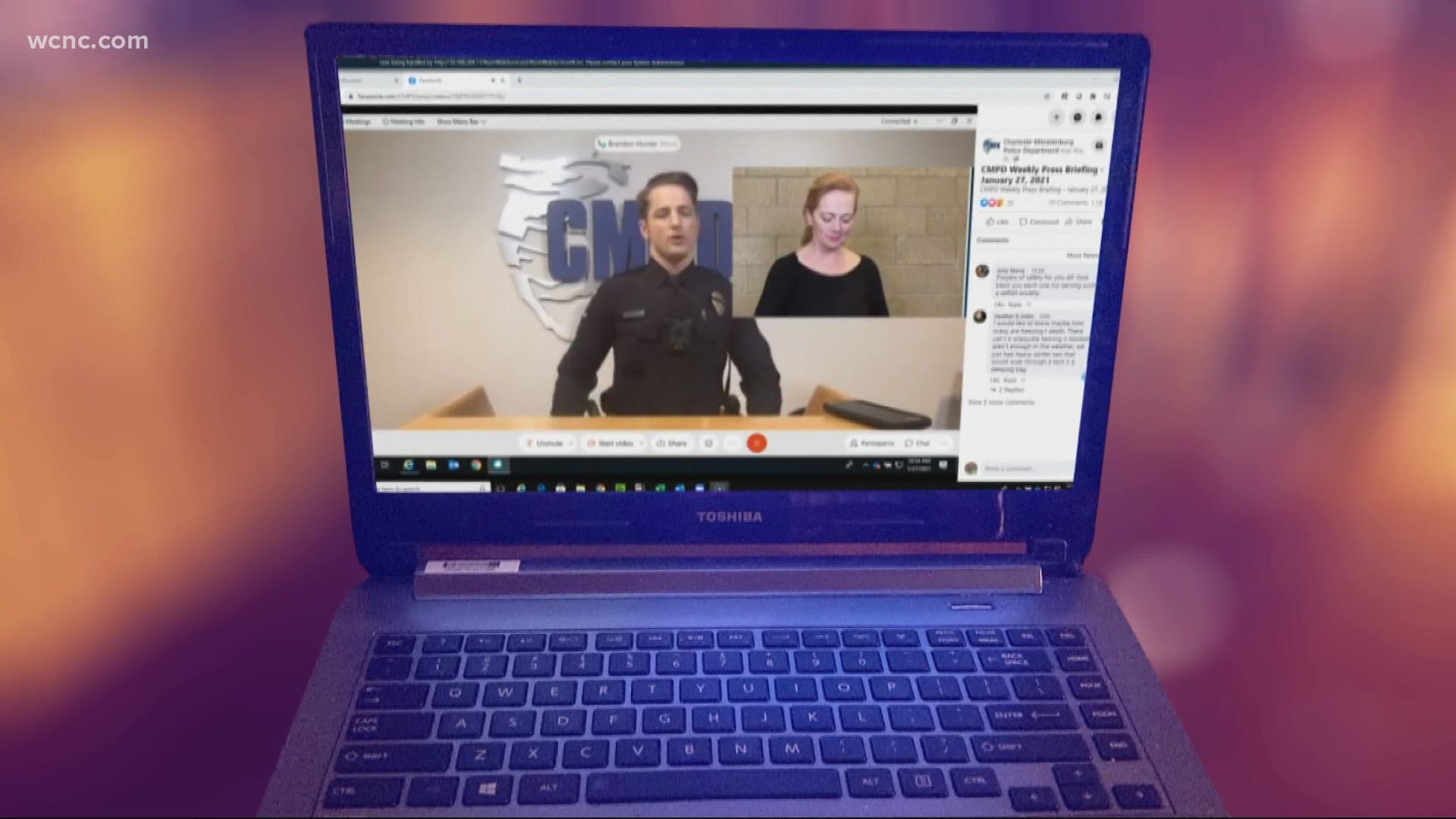 MECKLENBURG COUNTY, N.C. — A day after a WCNC Charlotte investigation found the Charlotte-Mecklenburg Police Department continues to arrest people for low-level drug crimes despite the district attorney making it clear he'll no longer prosecute those cases, CMPD isn't ruling out changing its approach.

"The communications that we're having with our partners right now, we’re still working through what exactly this approach looks like and how we can work with our partners in the court system and also with our employees to continue managing crime with effectiveness," CMPD spokesperson Officer Blake Page said during the agency's weekly news conference. "As it stands right now, discretion still lies with the officer to make that arrest."

In an effort to overcome pandemic-related court delays, Mecklenburg County District Attorney Spencer Merriweather alerted CMPD in November that he is now prioritizing violent crime over drug crimes like possession and possession with the intent to sell or deliver cocaine, heroin and methamphetamine.

At today's @CMPD presser the agency called on me to ask a question, only gave a partial response and then called on every other reporter and let all others ask follow-ups except me, which left me no choice but to do this. I appreciate Officer Page not shying away. #Defenders https://t.co/0zdb17jGFL pic.twitter.com/8brc9ZydWH

Our investigation identified more than 30 CMPD drug arrests since December that prosecutors will more than likely dismiss, which were the apparent result of a breakdown in communication between command staff and rank and file.

Kristie Puckett Williams with the ACLU of North Carolina said CMPD's practice is unfair to those arrested.

"It's not fair, number one just off the surface level of being arrested for a mental health condition," she said. "That's number one, but number two, when you know good and well that it's going to be dismissed eventually, that it's never going to be prosecuted, but yet your life is still tied up in this carceral system because until it gets dismissed, you have to go to court, you have to miss work, if you're able to bond out. If you're not, then you sit there until those court dates happen."

Under the district attorney's two-month-old policy, shared with CMPD administration in November, suspected low-level dealers now won't face prosecution unless police actually see them selling and find a large number of drugs. Prosecutors will dismiss most possession cases too unless they're tied to violence, a gun, or a person with multiple similar arrests over a short period of time.

Instead of standing trial, defendants will be referred to voluntary treatment programs, which gives prosecutors more time to try violent cases.

"All of the decisions that we have to make with the few resources that we have are extremely serious and we have had to be thoughtful," Mecklenburg County District Attorney Spencer Merriweather said. 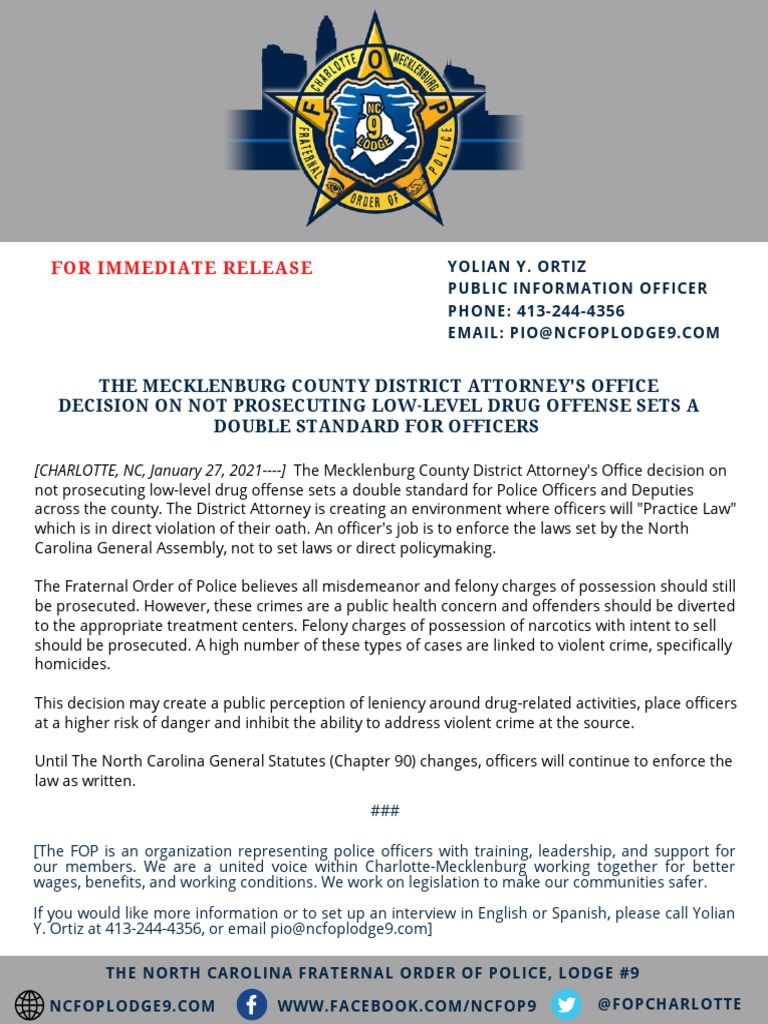 In response to our reporting, CMPD emailed officers late Tuesday afternoon detailing the new policy and urging them to continue using their discretion "to police in a way that builds confidence and safety in our community, equipped with the knowledge that certain cases will likely not be prosecuted."

"Our agency values communication internally and will continue to do that," Officer Page said Wednesday.

In Tuesday's email, CMPD also reminded officers of an arresting alternative: they can seize drugs and divert people to a treatment center on the spot.

When asked if he'd prefer CMPD stop making these arrests, Merriweather said that's something he has to leave up to law enforcement.

"What happens on the street is a decision that law enforcement has to make," Merriweather said.