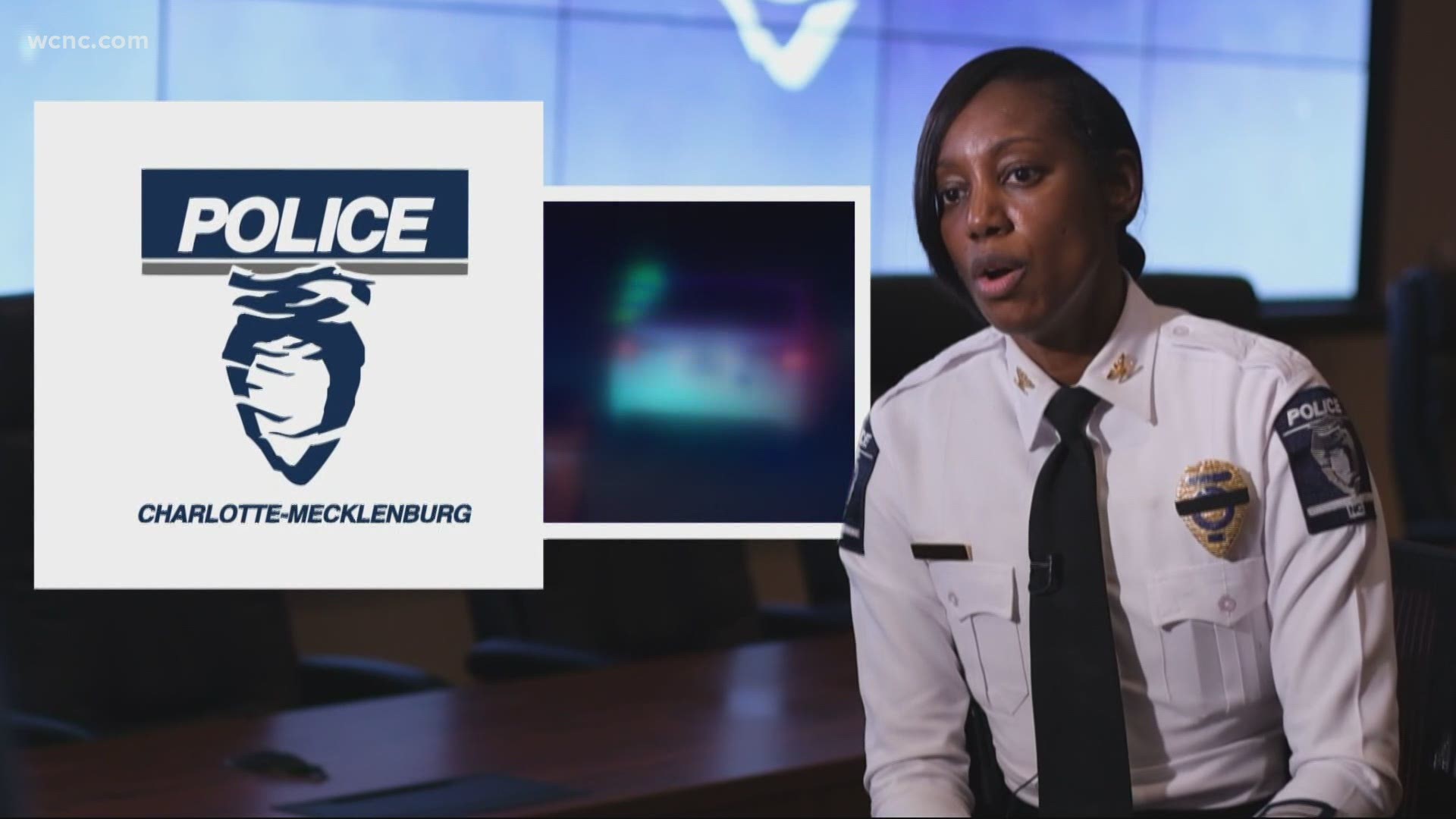 CHARLOTTE, N.C. — With the pandemic shutting down the country and Black Lives Matter movement demanding change, public records show the Charlotte-Mecklenburg Police Department drastically reduced the number of people arrested and cited solely for carrying marijuana in 2020, according to an analysis by WCNC Charlotte.

However, despite the seismic shift away from a practice that disproportionately brings police face-to-face with Black men and women, data show more than 70% of the people CMPD arrested and cited for the simple possession of marijuana last year were Black.

CMPD records show the department has spent the last decade moving away from enforcing the least serious marijuana offense. In fact, 2020 marked the most notable reduction in misdemeanor simple possession arrests, dropping from 55 in 2019 to 18 in 2020. According to records, 13 of those people were Black, while two were white. The number of citations dropped significantly too, from 913 in 2019 to 501 in 2020. Of those 501 tickets, 373 people cited were Black, while 72 were white, according to CMPD data.

"It's not that we're saying, 'We're going to go into those neighborhoods of color and that we're going to target individuals of color.' That's not the case at all." Deputy Chief Patterson said. "What we are seeing is that's where the crime is occurring, violent crime, and that's where we need to have our resources."

CMPD records show eight out of every 10 people arrested for misdemeanor marijuana possession in Charlotte from January 2016 through March 2021 were Black, while less than 10% were white. CMPD officers have arrested more than 360 people in all for that charge only since 2016, according to reports.

Meanwhile, department records show 73% of those cited for the same charge were Black compared to 16% white. CMPD has cited more than 5,700 people in all for that charge only since 2016, according to the data.

Deputy Chief Patterson said CMPD will continue to follow the lead of District Attorney Spencer Merriweather, who recently decriminalized many drug crimes, so his office could focus on prioritizing the prosecution of violent cases.

"It makes sense that we can divert those kind of cases to other resources..." she said. "...Really, the high-level thing is that we are really throwing all of our resources towards violent crime and I don't think we need to expend as many resources on misdemeanors."

Even as CMPD Chief Johnny Jennings recently voiced support to WFAE for the department's shift away from "no tolerance" policing, officers still have the discretion to enforce the law as they see fit.

They charged him with felony possession with intent to sell after police reported they found almost $3,000 in cash, a scale and $300 worth of marijuana. Phillips, who said he suffers from bipolar disorder and schizophrenia, said the seized cash was his savings. His family said Phillips used the scale to ration his marijuana.

"I hit a little joint of marijuana every now and then," Phillips said unapologetically. "It keeps me stable."

"Were you going to deal that marijuana?" WCNC Charlotte asked Phillips.

Cell phone video shows Phillips' son trying to explain to the police that his father suffers from mental illness.

Phillips' arrest warrant said he "gave verbal consent to search his vehicle," after someone called 911 and alerted police he was selling drugs.

"Due to five different denominations of cash, several baggies, digital scale, and the complainant calling 911 with what they observed, officers determined that Mr. Phillips was possessing the marijuana with the intent to sell it," the arrest warrant continued. "Officers determined that the large amount of money with multiple small denominations was from narcotic sales."

"I think it's a crying shame," Robinson said of Phillips' arrest. "How quickly it can go awry, especially when there's mental health involved."

As expected, prosecutors eventually dismissed the charges against Phillips since the allegations were not tied to a gun or violence.

"We feel like hostages in our own community when the police come, because they're subject to roll up on you in your house, come on to your property, ask for your identification, go and search your vehicle and whatever may be in there upends your life," Robinson said. "Why are they here to start with?"

That question is common in other Charlotte neighborhoods too and Action NC Political Director Robert Dawkins said it goes back years.

"It's totally unfair," Dawkins said. "It's the introduction to getting minorities a record."

Marijuana is what originally caught CMPD's attention in the fatal Keith Lamont Scott case and other cases that never become headlines.

"On traffic stops, maybe you didn't even smoke it, it was just in your car," Dawkins said. "Marijuana leads to them pulling you out of your car."

The Fraternal Order of Police is quick to point out marijuana possession remains illegal in North Carolina. Still, an FOP spokesperson said, most of the time, officers just confiscate the drugs and give a citation or warning, unless there's a connection to violence. The FOP previously questioned the district attorney's change in prosecution strategy.

#NEW Fraternal Order of Police is now weighing in with criticism of the new policy. "This decision may create a public perception of leniency around drug-related activities, place officers at a higher risk of danger & inhibit the ability to address violent crime at the source." pic.twitter.com/AOZjfDQKNT

"The Mecklenburg County District Attorney's Office decision on not prosecuting low-level drug offense sets a double standard for Police Officers and Deputies across the county..." the FOP said, in part, in a January statement following WCNC Charlotte's reporting on the issue. "...The decision may create a public perception of leniency around drug-related activities, place officers at a higher risk of danger and inhibit the ability to address violent crime at the source. Until the North Carolina General Statutes (Chapter 90) changes, officer will continue to enforce the law as written."

Phillips maintains he is far from a threat. Police charged the self-proclaimed recreational user with being a dealer.

"How am I supposed to feel? I don't know what to feel," he said. "Less than a man. Worthless. Humiliated."

He doesn't have to feel that way any longer. WCNC Charlotte confirmed through public records, as expected, prosecutors dismissed his case.