Before New-Indy purchased the Catawba plant, the mill went through several different owners since it first opened in the late 1950s. 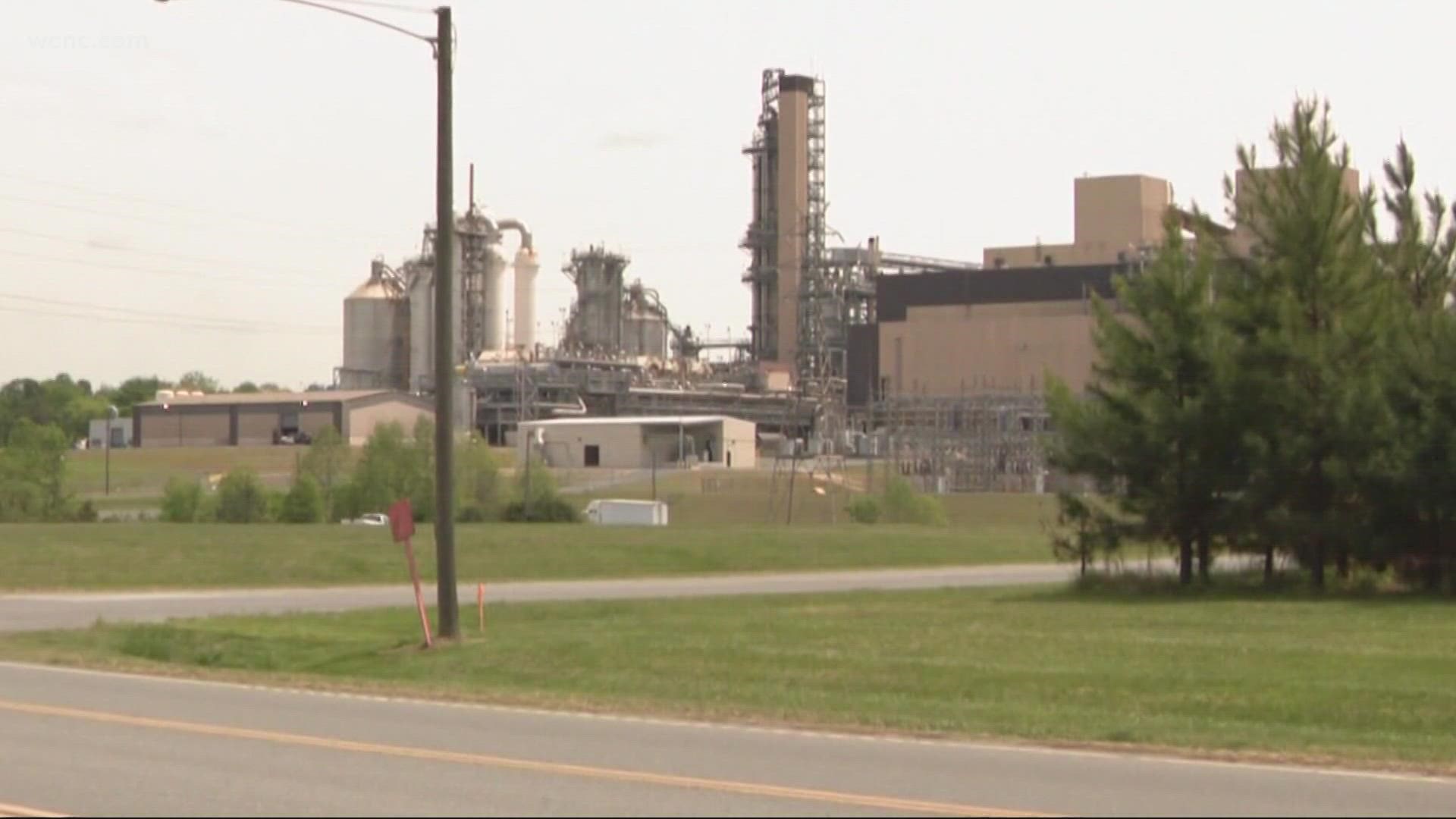 CATAWBA, S.C. — New-Indy Containerboard's Catawba paper mill, which is at the center of tens of thousands of foul odor complaints, has a decades-long history of pollution, including groundwater contamination, according to documents obtained by WCNC Charlotte.

The mill, which is part-owned by New England Patriots owner Robert Kraft, is under federal and state orders to clean up its hydrogen sulfide emissions, which, homeowners say, has led to harmful health effects.

The mill first opened in the 1950s as the Bowater-Catawba Pulp and Paper Mill, and since then, it's gone through different owners, including Resolute Forest Products.

When New Indy purchased the plant from Resolute in 2018, New-Indy entered into a voluntary cleanup oversight contract (VCOC). Companies typically enter into those agreements to protect their liability, especially when they're purchasing facilities with a history of contamination.

In 2018, New-Indy commissioned a phase one environmental assessment ahead of the VCOC, which declared that "evidence of numerous recognized environmental conditions were revealed."

Recognized Environmental Conditions (RECs) are the presence or likely presence of any hazardous substances or petroleum products in, on, or at a property.

In the report, engineers said they found, "the presence of documented groundwater contamination," and described how groundwater testing first began in 1990 when the mill's former owners discovered the chemical turpentine had seeped into the ground.

The study said some groundwater samples contained petroleum-related compounds and unsafe levels of benzene, which is a carcinogen.

Assessors said the sludge in some of the plant's lagoons contained detectable levels of dioxins and furans, which are a family of toxic substances.

Engineers also found sections of one of the lagoon's dikes may not meet code and noted seepage in parts of the dike.

Regulators believe the company's wastewater treatment process, including the lagoons, is responsible for the hydrogen sulfide odor affecting thousands of homeowners.

"There are a number of different categories here that were not assessed so that's something I'd want to learn more about," Prof. Nowlin said.

DHEC said it has, "directed New Indy to submit work plans for a groundwater monitoring program to evaluate potential continuing sources of impact to groundwater, and for a localized vapor intrusion assessment."

However, the three assessments aren't easily accessible to the public because they total thousands of pages.

WCNC Charlotte has submitted a Freedom of Information request for copies of those assessments.

But until Professor Nowlin can look through those reports, she said it's hard to measure how much of an impact the contamination has on neighboring homeowners.

"If I were a member of the community, I would be concerned," Prof. Nowlin said. "I'd encourage the company and DHEC to be very transparent about all of that. People are rightfully concerned about exposure to these types of contaminants."

WCNC Charlotte requested comment from New-Indy and is awaiting a response, though the company has repeatedly declined past interview requests.