15-year-old Eva DeBruhl was mowing her family’s yard and had just made herself iced tea when she vanished. Over the years tips have come in, but nothing panned out. 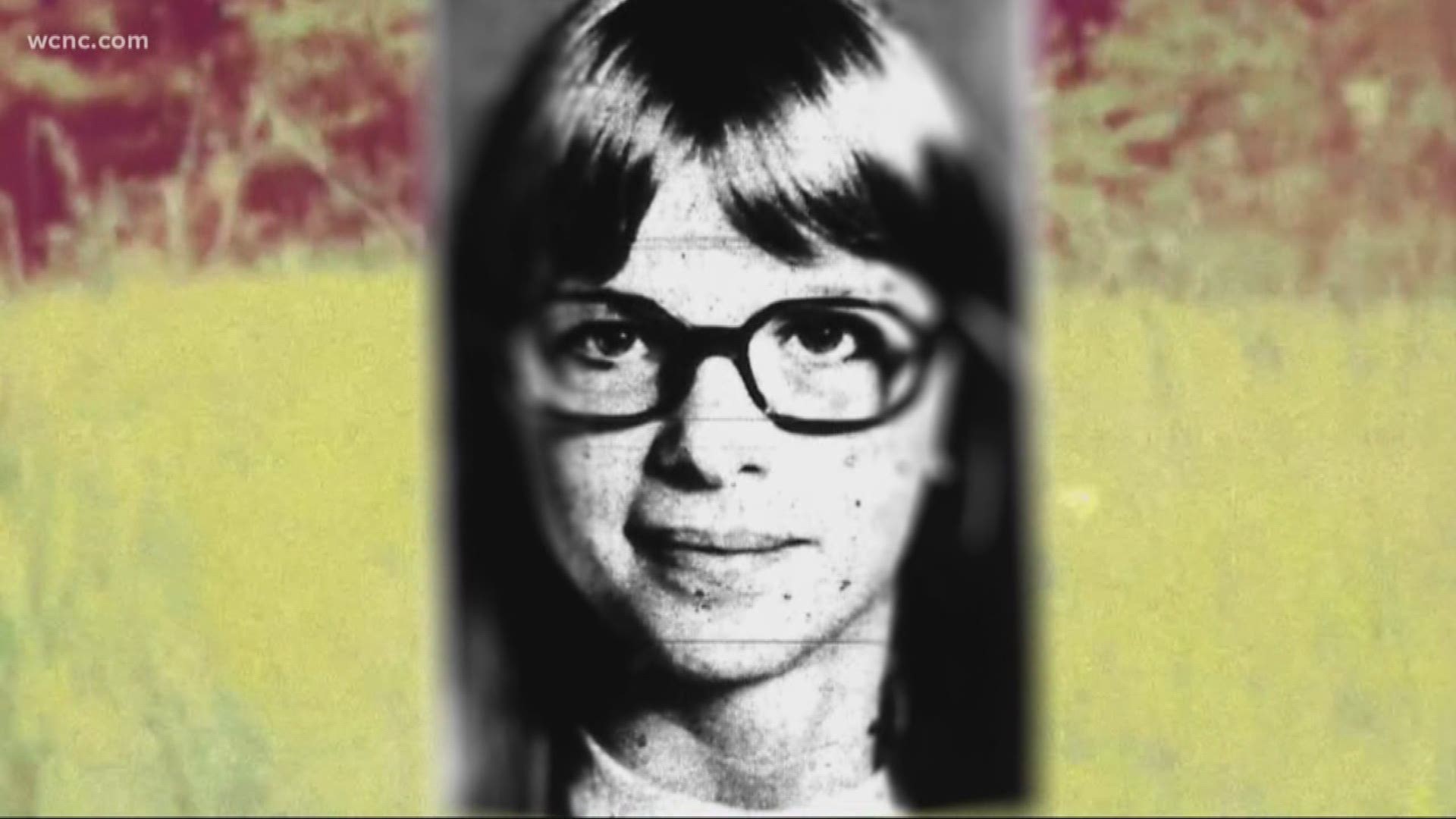 CHARLOTTE, N.C. — What happened to Eva?

It's been more than four decades since the teen vanished from her Charlotte area front yard on a hot summer day, only her flip flops left behind.

Her father spent the rest of his life searching for her. He died in 1997. The case is still very much a mystery.

15-year-old Eva DeBruhl was mowing her family’s yard and had just made herself some iced tea when she vanished. Over the years tips have come in, including someone claiming to be the kidnapper, but nothing panned out.

It was the story that captivated this small town in the late ’70s. A missing girl, a case shrouded in mystery.

Volunteers searched the woods and river.

It was June 29, 1977, when she simply disappeared from the front yard of her Rock Hill home.

She’d been mowing the lawn when her dad left for work around 11 a.m.

“They found her flip flops In the yard, she was wearing [a] floral shirt and blue shorts," Faris said.

Her grandmother lived in another home on the property and told detectives she saw a man in a jeep type car stop at the house.

For years, that was the only real clue.

There were also pranks.

“Someone from Great Falls claimed to be her kidnapper and was asking for a ransom," Faris said.

There was even a possible connection to the serial killer Henry Lee Lucas. Detectives interviewed him in Texas, but nothing ever came of that.

“We had to treat it as a missing persons case, we couldn’t treat It as a kidnapping because there was no sign of struggle," Faris said.

But she’d left a glass of iced tea untouched, and her devastated father always said he knew she’d been kidnapped. He even quit his job to spend his days searching for her.

"The father and the family never stopped," Faris said.

Now, authorities are hoping this latest plea could make the difference.

“Hopefully, maybe, one day something will spark in somebody’s memory,” Faris said.

Even the tiniest clue could make all the difference. If you can help, call York Crimestoppers at 1-877-509-4321 -- you could help solve this case.