Police want to know what an accused serial killer was doing after 2006. For two of those years, he lived in Charlotte.

Robert Hayes, 37, is believed to be connected to the murders of four women in Florida starting in 2005. Detectives are trying to account for his actions since then. 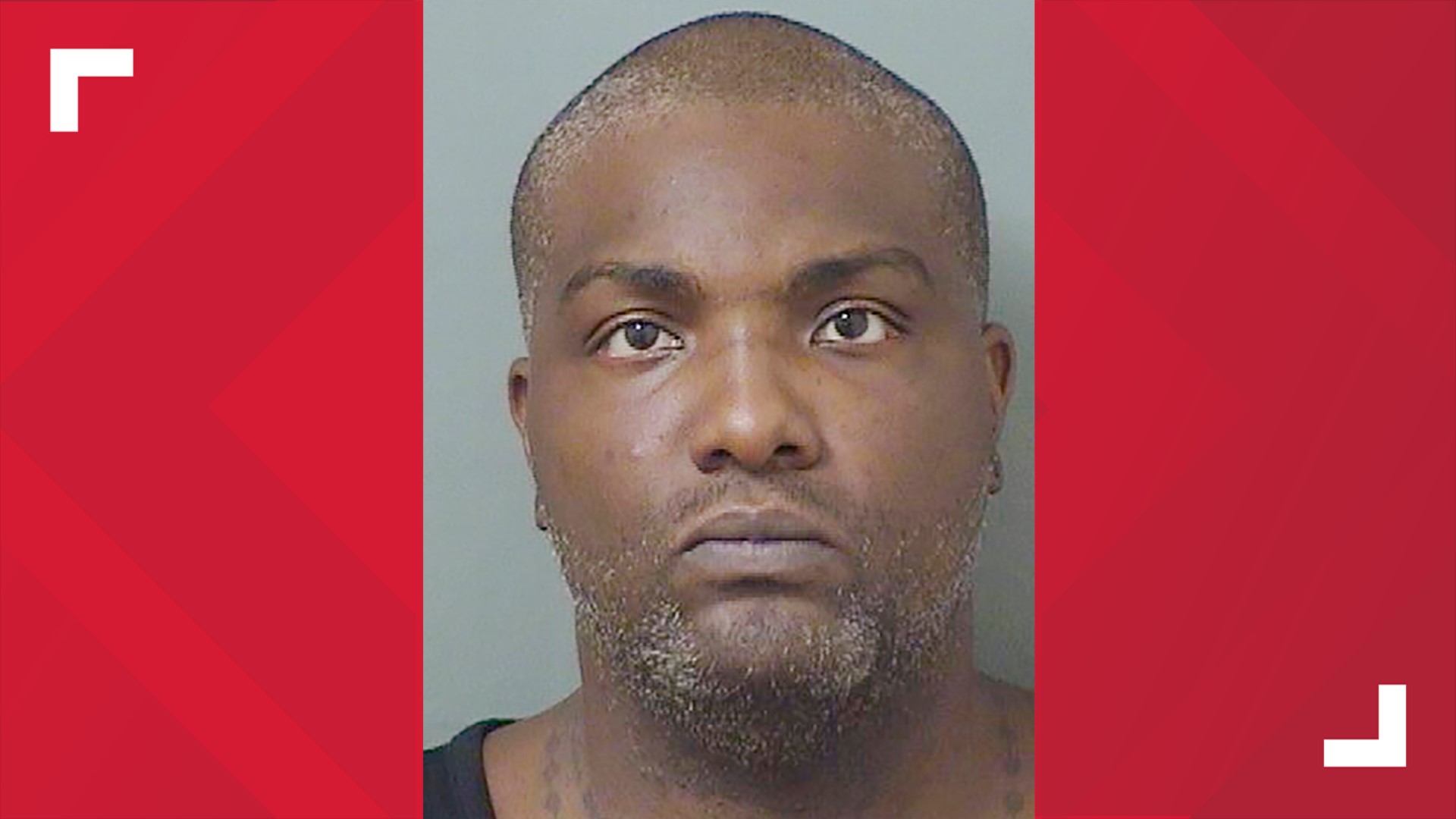 WEST PALM BEACH, Fla. — A man arrested and accused of being a serial killer, lived in Charlotte in the years following the serial slayings in Florida, records obtained by WCNC NBC Charlotte indicate. Police want to know if he could be responsible for any unsolved crimes in that time period.

Robert Hayes, 37, was arrested Sunday after his DNA linked him to four killings starting in 2005. DNA and ballistics showed strangulation and the gun deaths of four women - Laquetta Gunther, Julie Green, Iwana Patton, and Rachel Bey - were done by one man, but detectives weren't able to identify the killer until last week, officials said Monday.

Palm Beach County sheriff's investigators charged Hayes with murder for Bey's death. Daytona Beach detectives said he is the prime suspect in the deaths of the other woman, though he has not been charged there. Detectives also want to know what Hayes was doing between 2006 and 2016.

In at least two of those years, Hayes lived in Charlotte.

NBC Charlotte asked the Charlotte Mecklenburg Police Department if they believe Hayes could be responsible for any open cold cases.

A public information officer replied, “He has not been arrested here in Charlotte for any criminal activities. Any open homicide cases are ongoing and active investigations. If any information develops it will be released by CMPD Public Affairs.”

Maria Lopez bought the house where court records showed Hayes lived in Charlotte. Lopez moved into the home in 2013 and said she even received mail with the name “Robert Hayes” listed on it, not knowing anything about the man who used to live there. 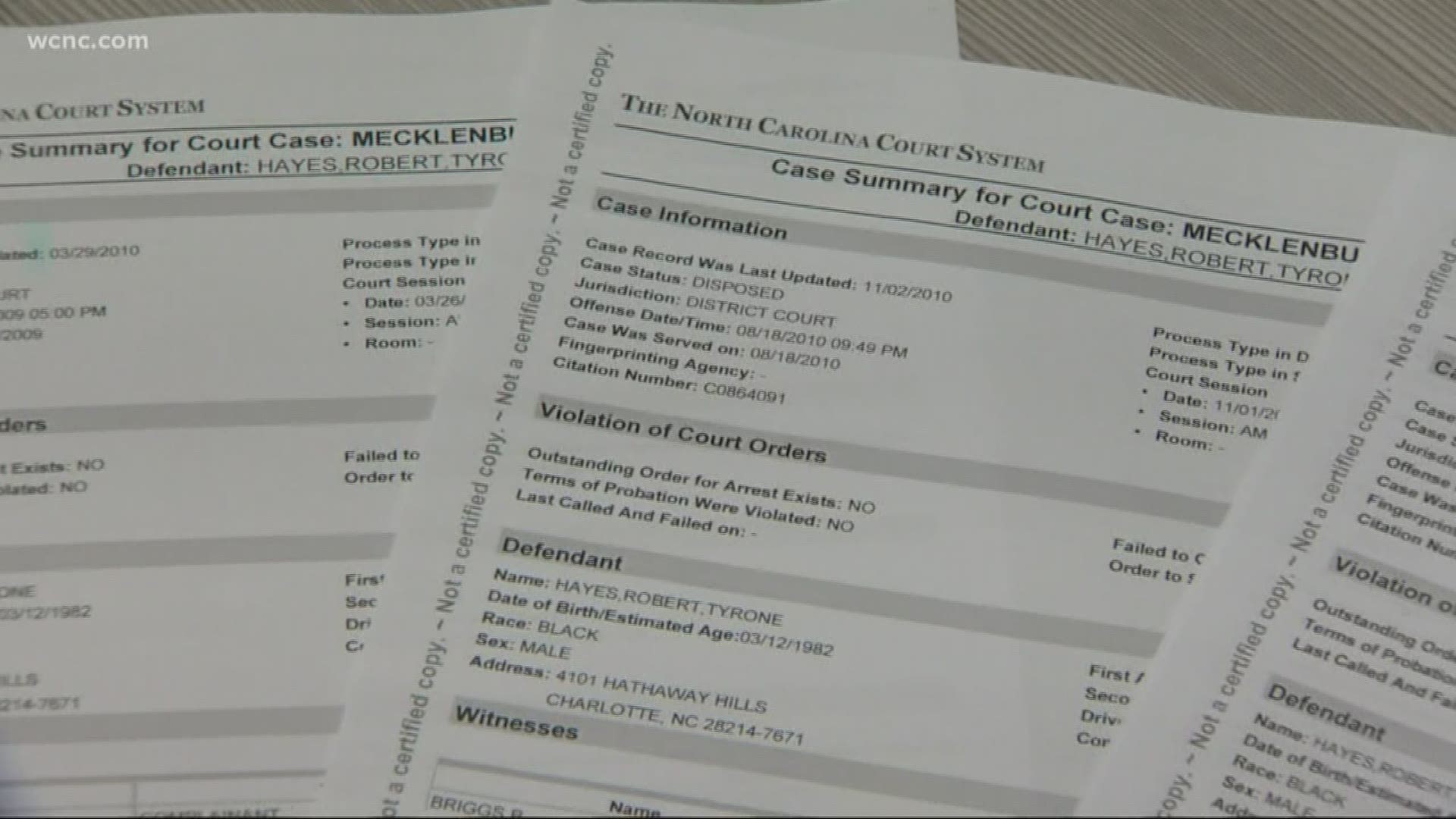 In Florida, officials believe they have their man.

"We believe we took a serial killer off the streets. We're going to be looking for additional victims," Palm Beach sheriff's Capt. Michael Wallace told a news conference Monday, shortly after a judge ordered Hayes held without bond.

"If we hadn't put this individual in jail, he would've done this again and we would have had another victim," Palm Beach Sheriff Ric Bradshaw said.

The Palm Beach County public defender's office, which is representing Hayes, declined to comment. A man who answered the phone at a number listed for Hayes' grandmother did not identify himself, but said, "We have nothing to say."

Hayes, who stands 6-foot-4 and weighs 220 pounds, was arrested Sunday without incident at his apartment just off the Intracoastal Waterway in West Palm Beach. Neighbors said Hayes is a chef and lived with a woman and their daughter, who is about 2. They didn't know if Hayes and the woman were married. They said Hayes seemed like a normal person who waved and chatted. They were stunned that investigators say he is a serial killer.

"He was always friendly with me," Craig Brown said.

The first Daytona Beach body was discovered the day after Christmas 2005: Laquetta Gunther, 45, was found in a gap between an auto parts store and a mostly empty utility building. Julie Green, 34, was found Jan. 14, 2006, on a dirt road at a construction site. The body of 35-year-old Iwana Patton was found Feb. 24 on a dirt road. All were nude, lying face down. A fourth killing might be linked, detectives said.

Police said at the time that the killer appeared to be preying on prostitutes.

The shootings caused such panic that several prostitutes joined together to help investigators, memorizing vehicle descriptions and license plates. They talked regularly with investigators and kept a wary eye out for suspicious activity. For a week, volunteers from a local ministry — including several homeless residents — distributed flyers and hygiene kits to those living and working on the street, urging people not to walk alone at night — a difficult task for prostitutes.

At the time, Hayes was a student at the city's Bethune-Cookman University. He graduated in 2006 with a degree in criminal justice, the school said Monday. State records show that Hayes also had a security guard license at the time. Detectives said Hayes was questioned then as a possible suspect in the Daytona Beach killings based on a gun purchase similar to one used by the killer, but he wasn't arrested.

Then the linked killings stopped until March 7, 2016. Investigators said in court records that Bey, who had a prostitution record, was seen by a friend walking along Dixie Highway at 2 a.m., not far from where Hayes then lived in Palm County Beach. A road crew found her nude body six hours later, dumped about 5 miles from where she had last been seen. She had been strangled elsewhere and her jaw and teeth broken, court records show.

DNA linked her death to the Daytona Beach killings.

Lori Napolitano, chief of the Florida Department of Law Enforcement's forensics department, said that DNA profile was recently run through a genetic database used by people trying to find long-lost relatives and a link to Hayes was established.

Investigators put Hayes under surveillance and said a cigarette butt collected surreptitiously last week after he caught a bus linked him to the killings and a sample taken after his arrest confirmed it. They said the odds are 700-billion-to-1 that the killer is someone other than Hayes. That is 100 times the world's population.

"It's no longer working the streets anymore. It's working the technology, the DNA ... It's a brave new world," said State Attorney R.J. Larizza in Volusia County.

RELATED: They were involved in 'unspeakable violent acts' | Man charged with human trafficking in Pineville