Indian Trail family says months after paying a deposit, they still haven't gotten what they paid for

With the economy turned sour at the moment, money is tight — no one can afford to just let a $2,400 dollar deposit go. 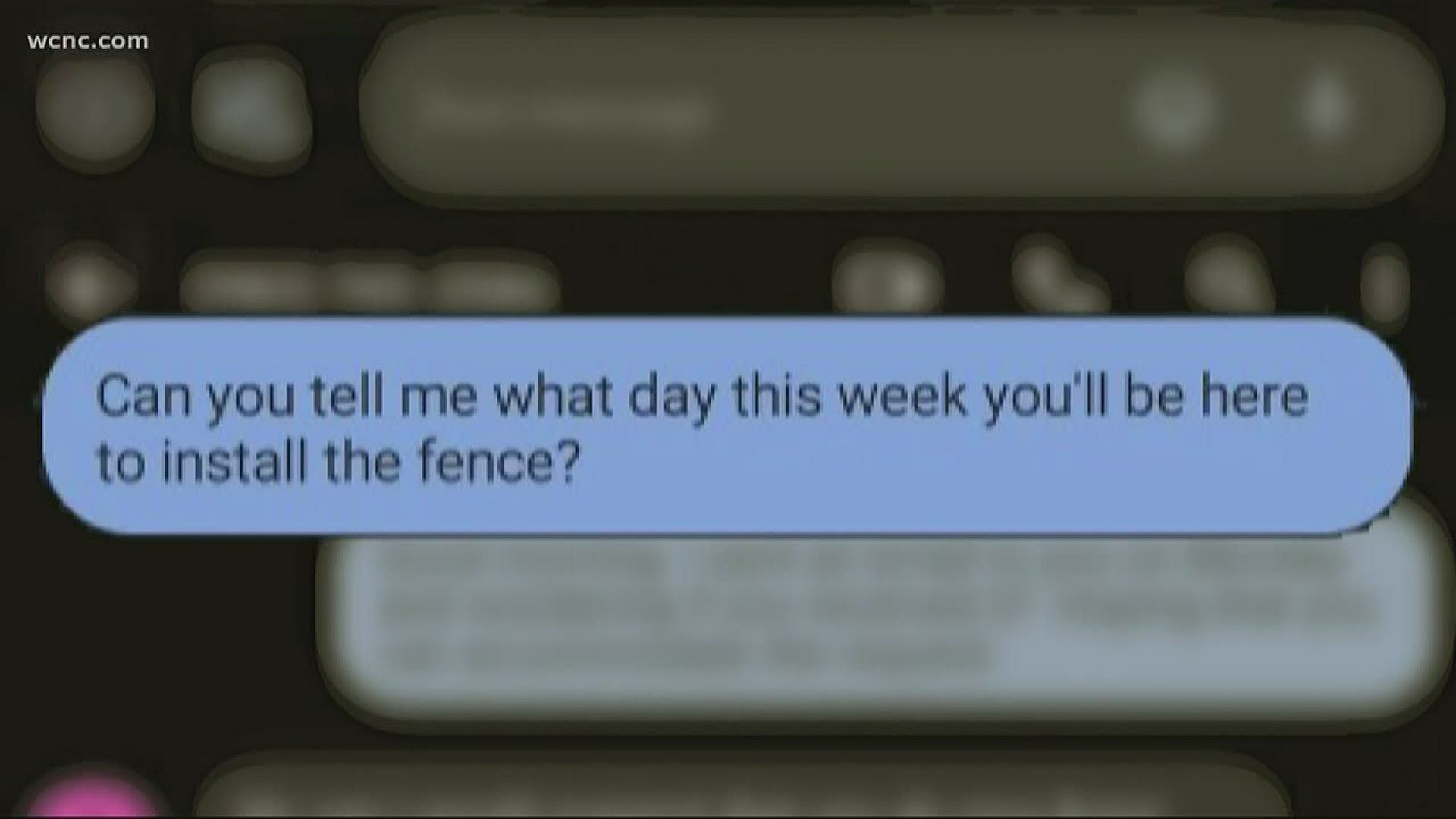 INDIAN TRAIL, N.C. — An Indian Trail family says they want their money back after the person they hired didn’t install the fence they were promised. When it became delay after delay, they did what a lot of us do, they “Get McGinty” to get things made right.

With the economy turned sour at the moment, money is tight and no one can afford to just let a $2,400 dollar deposit go — especially when the work you are paying for isn’t done.

It’s a simple request: I pay you the money, you build me the fence. But somehow, that simple transaction got complicated and screwed up.

Shawn and Stefanie Seeburger moved into their new home and wanted a privacy fence, a white vinyl like this would complement the neighbors, who also have one.

They chose a small business because they favor small businesses, but they hit a snag. Bluewood fencing and the owner Terry Wayne accepted the deposit of $2,400, but then no fence was built.

“He hasn’t given us back our deposit even though we have been asking, it’s has been delay after delay and it’s been going on since November," Shawn Seeburgers said.

WCNC's Bill McGinty looked up Bluewood fencing, it’s lumped in with a yard care business run by the same people at the same address and it’s got an “F” rating for the way they handle complaints.

“That’s the lowest rating we can give a company, it’s primarily because of the way they handle complaints," Tom Bartholomy with the Better Business Bureau said.

WCNC contacted the owner, Terry Wayne, asking why he wasn’t returning their deposit.

Wayne, in an email, told McGinty they were not very understanding customers and that he had a lot of things come up since November and cited weather, childcare issues, and his supplier being closed during the holidays as issues.

Wayne also said the Seeburgers incurred some of the delays because they changed the order a bit. Regardless of the changes and delays, the Seeburgers decided they just wanted their $2,400 deposit back given the project was now in mid to late March.

WCNC contacted Wayne about the deposit, and he said he would promptly return it to them.

Wayne said he is upset because he’ll have to eat the cost of a gate he says he already ordered, and he didn’t think that was fair.

A quick reminder about picking service-related businesses — a quick BBB search at bbb.org or even a Google search might save you a lot of headaches and money.

There are a lot of reputable small businesses, you just have to pick the right ones.

Antibody tests for COVID-19 are arriving in Charlotte

Local businesses helping each other out during coronavirus pandemic