Jeff Kahan used to have flooding problems in his home, but after the blockage was removed, they felt safe and even started to rebuild. Now, it's happening again. 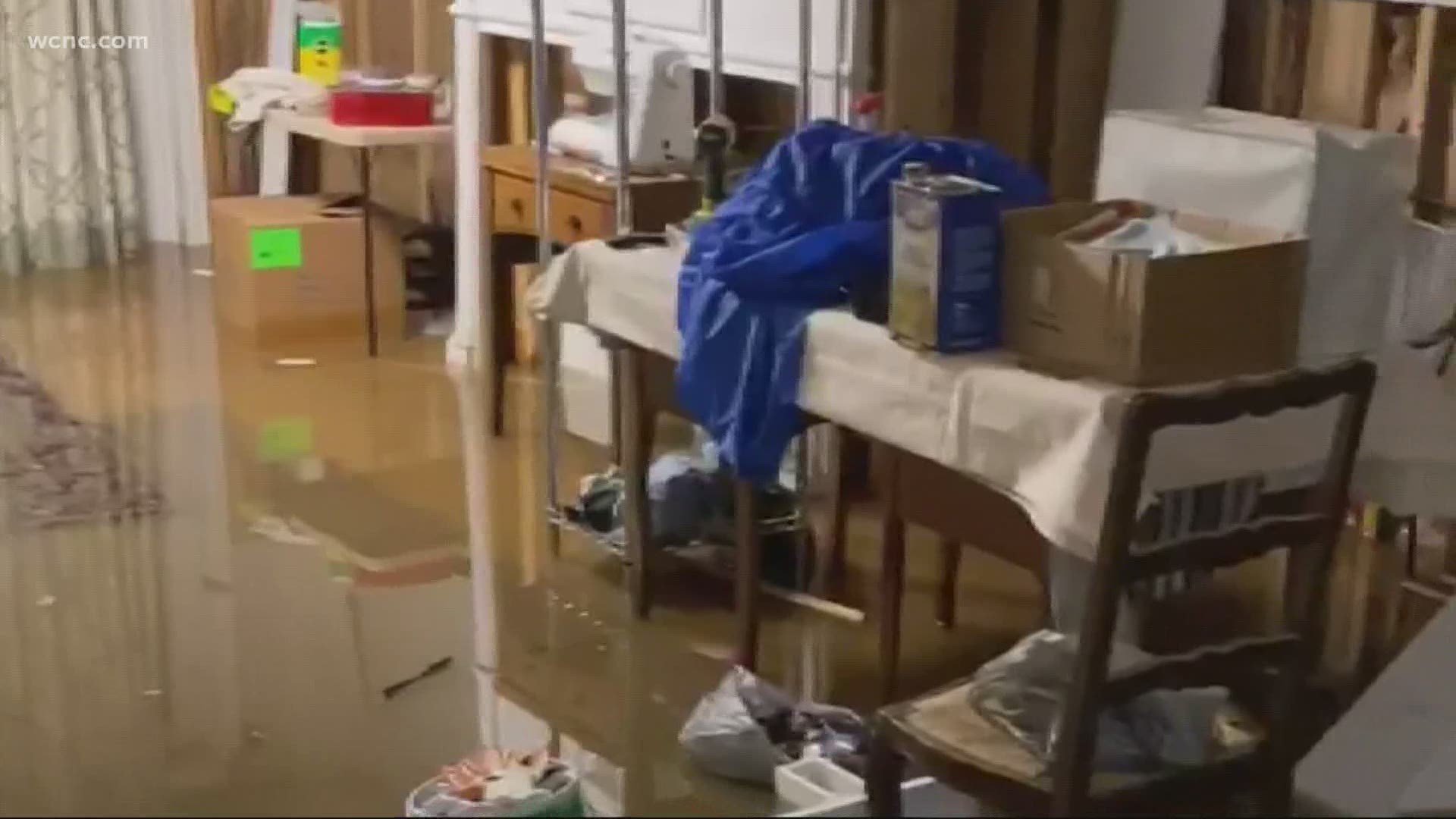 CHARLOTTE, N.C. — Jeff Kahan and his partner thought they were in the clear when the blockages were removed from Charlotte city pipes in June. Rebuilding had begun, only to be flooded again.

Tuesday night, heavy rain backed up the city's stormwater system out in the street, he said, and filled his place up with the stormwater.

Kahan said before this latest flood, he alerted the city of Charlotte before that there might be another problem. He said he noticed a possible sinkhole and snapped a photo.

Charlotte work crews put large metal plates over it, then Kahan noticed — and photographed — the hole growing bigger out into the sidewalk area.

The last time WCNC’s Bill McGinty did news reports on this issue, the city work crews came out and dug, only to find a large blockage.

Kahan says city engineers working at the scene told him the pipes down there are just too small now given all the growth in the area, and that plans are in the works to change them.

Last spring, Kahan had flood after flood, water up to the fireplace on some days.

After the blockage was removed though, they felt safe and even started to rebuild.

Kahan said insulation was in, furniture was ordered, and now another flood.  All work now must be stopped and what was added will have to be ripped out, upping the costs.