A Gastonia man called the defenders saying he felt stuck because he couldn't find any company to remove an old propane tank under power lines. 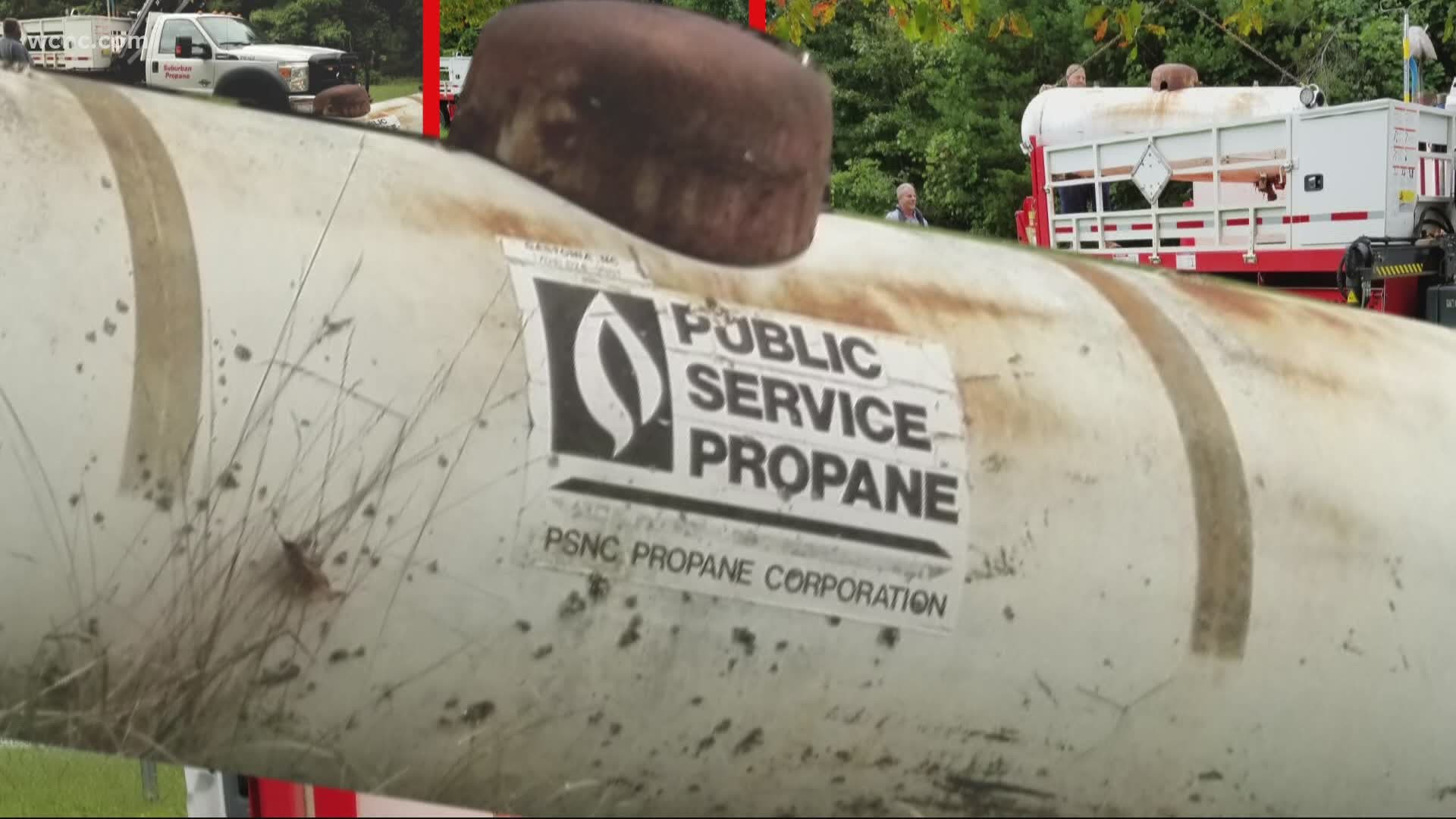 GASTONIA, N.C. — Dave Soper, a Gastonia, NC homeowner, just had to get rid of an eyesore that had environmental consequences. The question? How to get it done.

“It was just in the way of anything, couldn’t do much on that side of the fence,” Soper told WCNC Defender Bill McGinty.

The large propane tank was just sitting there, it hadn’t been used in years and still had some fuel left in it. The company that serviced it was longer handling these kinds of issues so Soper, the owner, felt stuck.

Soper didn’t put this tank in and was worried it would continue to deteriorate under power lines. Soper just wasn’t sure what to do.

“I called a half a dozen other companies and no one wanted to touch it, so that’s when I decided to call you and ‘Get McGinty’ for some help. You did something," Soper said.

The WCNC Defenders reached out to Dominion Energy, and their staff got the ball rolling.  Within a few weeks, Soper said he was contacted by Dominion Energy about the tank.  Soper says a company finally contacted him and set up a time to come out and remove this 400-gallon propane tank eyesore.

“So he got in there and within 15 minutes and he got it out” Soper said.

Propane tanks come with inherent risks and must be handled carefully.