"Get us some help." | Hundreds infected by coronavirus in prisons

The North Carolina Department of Public Safety reports more than 400 active COVID-19 cases across the state and outbreaks in 16 prisons. 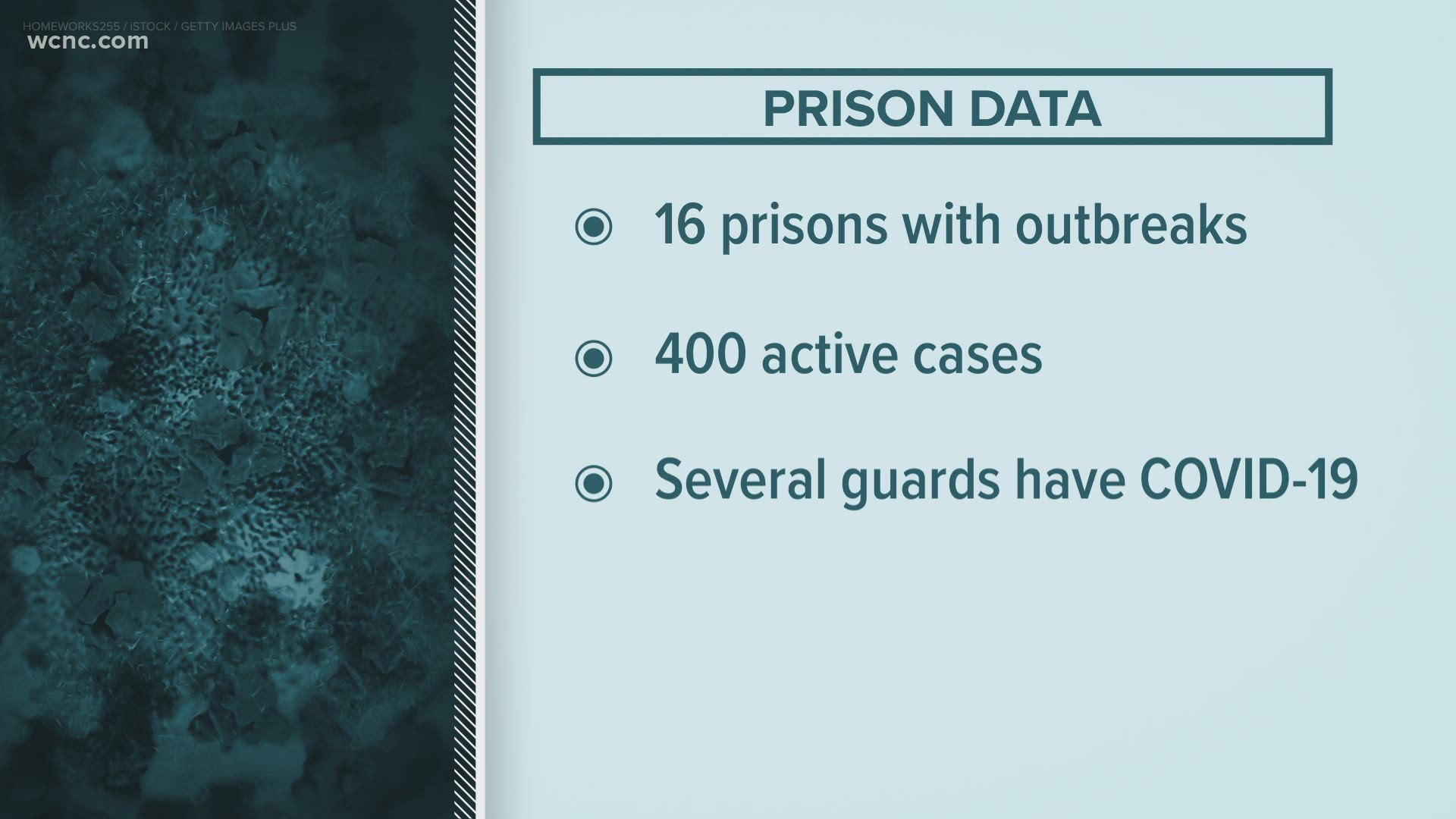 CHARLOTTE, N.C. — Much like the coronavirus's impact once inside nursing homes, the virus is also spreading inside prisons, striking fear in the hearts of prisoners and putting guards and their families at risk.

"I'm very scared, man," Avery-Mitchell Correctional institution inmate Timothy Kiser said by phone. "I try to fake like I'm not when I talk to my wife, but I'm scared man."

Kiser said he is one of more than two dozen active COVID-19 cases at the medium-security prison where he's serving several years for drug crimes.

State records identify 16 prisons that are home to outbreaks (two or more cases) with nearly 400 active cases across the state.

An analysis of numbers from the North Carolina Department of Public Safety shows roughly one out of every 10 prisoners has battled a COVID-19 infection since March with 17 deaths.

"I'm just speechless and it hurts. It really hurts," Kiser's wife LaDrailia said fighting back tears. "It really hurts. He's not a bad person at all."

The pandemic has already prevented the Charlotte woman from visiting her husband for more than six months.

"Since he tested positive, I've been so worried," she said. "I've just been praying non-stop that he get through this."

Avery-Mitchell is home to roughly 800 prisoners. State records show on a single day within the last two weeks, the prison reported 180 positive inmates tests. Since then, the numbers have dipped significantly and started to increase again with 26 active cases as of Friday afternoon.

A spokesperson for the Division of Prisons said 16 employees are currently off the job after also testing positive. The state lists 173 inmates as presumed recovered, along with 15 employees.

"The Division of Prisons is working hard to protect the health and safety of the staff and the offenders, and this remains the top priority in this first-in-a-century pandemic," the agency said in a statement.

According to a spokesperson, the state is requiring staff temperatures before entering the prison, moving infected and symptomatic inmates to medical isolation and keeping the rest of the prison population in separate groups for housing, feeding and recreation to prevent mixing.

"This is a precautionary virus-mitigation strategy to better prevent the spread of the virus in a prison," the state said.

Neither the county health department nor the Division of Prisons could tell us how COVID-19 first entered the prison.

Since we first talked to Kiser earlier this week, the number of reported active cases at the prison has increased from three on Tuesday to 26 Friday.