Charlotte's fire chief said CFD is now reviewing its procedures to make sure firefighters are fully capable of responding to massive fires at apartment complexes made out of wood. 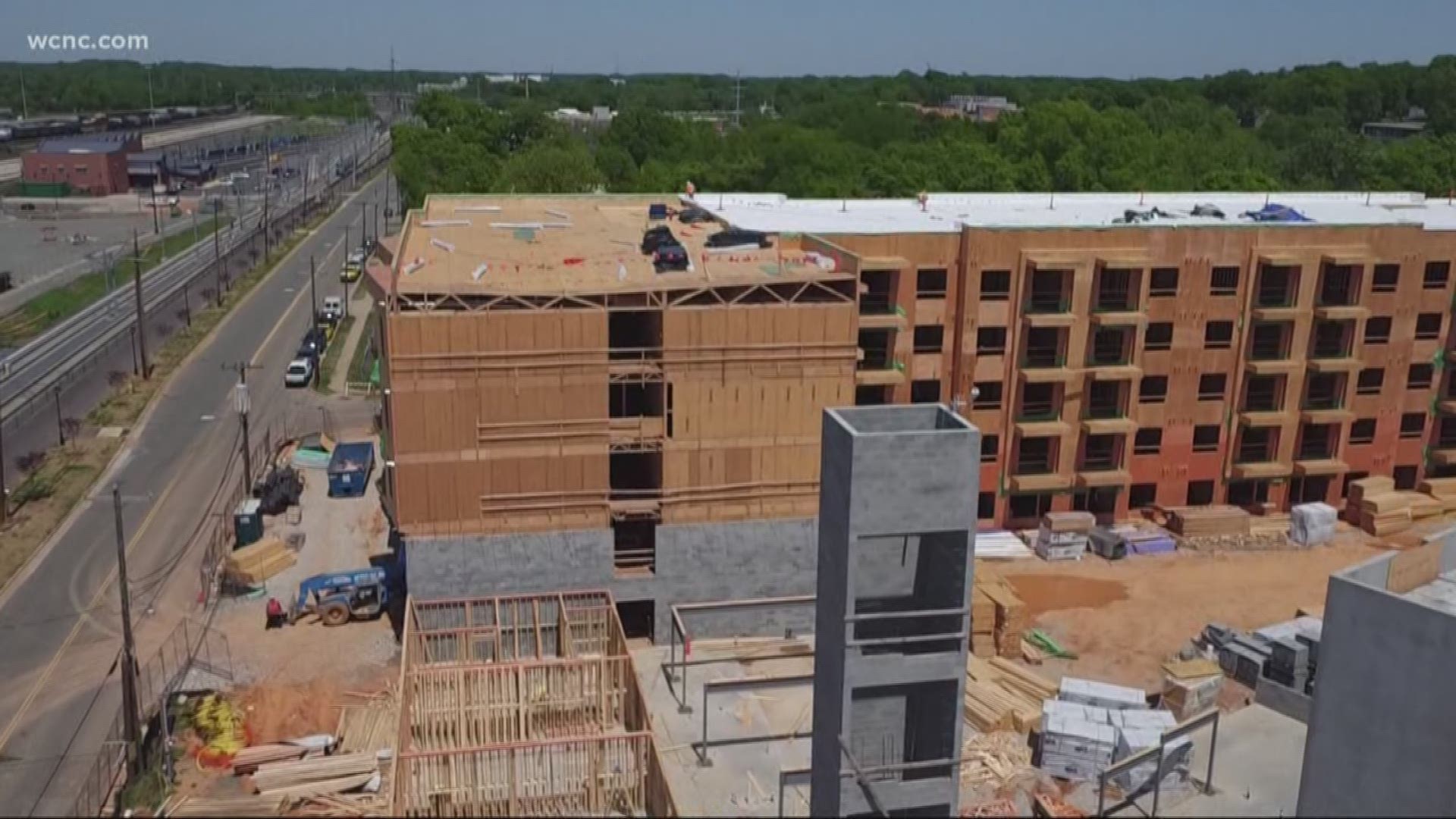 "It is worrisome to me," Chief Reginald Johnson said. "Now, we have a five-story wood framed apartment that we really need to be concerned about. Those fires can get pretty big in short order."

Our Defenders investigation raised similar concerns nearly a year ago about apartments made of wood frame that could fuel massive fires in highly populated areas.

The fire chief said CFD is now reviewing its procedures to make sure firefighters are fully capable of responding to that kind of fire. He said that review could result in changes to dispatching, equipment and staffing as the city's makeup moves away from single-family homes to larger apartment complexes.

"We really need to look at that and see if that's adequate," Chief Johnson said.

Raleigh knows the dangers of these type of apartments. Crews responded to a fast-spreading apartment fire there in 2017. After the Raleigh fire, CFD sent a letter to all construction companies, reminding them of what's required in the fire code.

"It can happen anywhere. All we can do is reduce the risk of it happening," CFD Senior Inspector Colin Triming previously said. "Now these buildings have to have sprinkler systems."

The fire inspector said the biggest concern is when crews are in the construction phase, but even with that fire protection, Charlotte's chief said he wants to make sure the city's response is as effective as it can be.