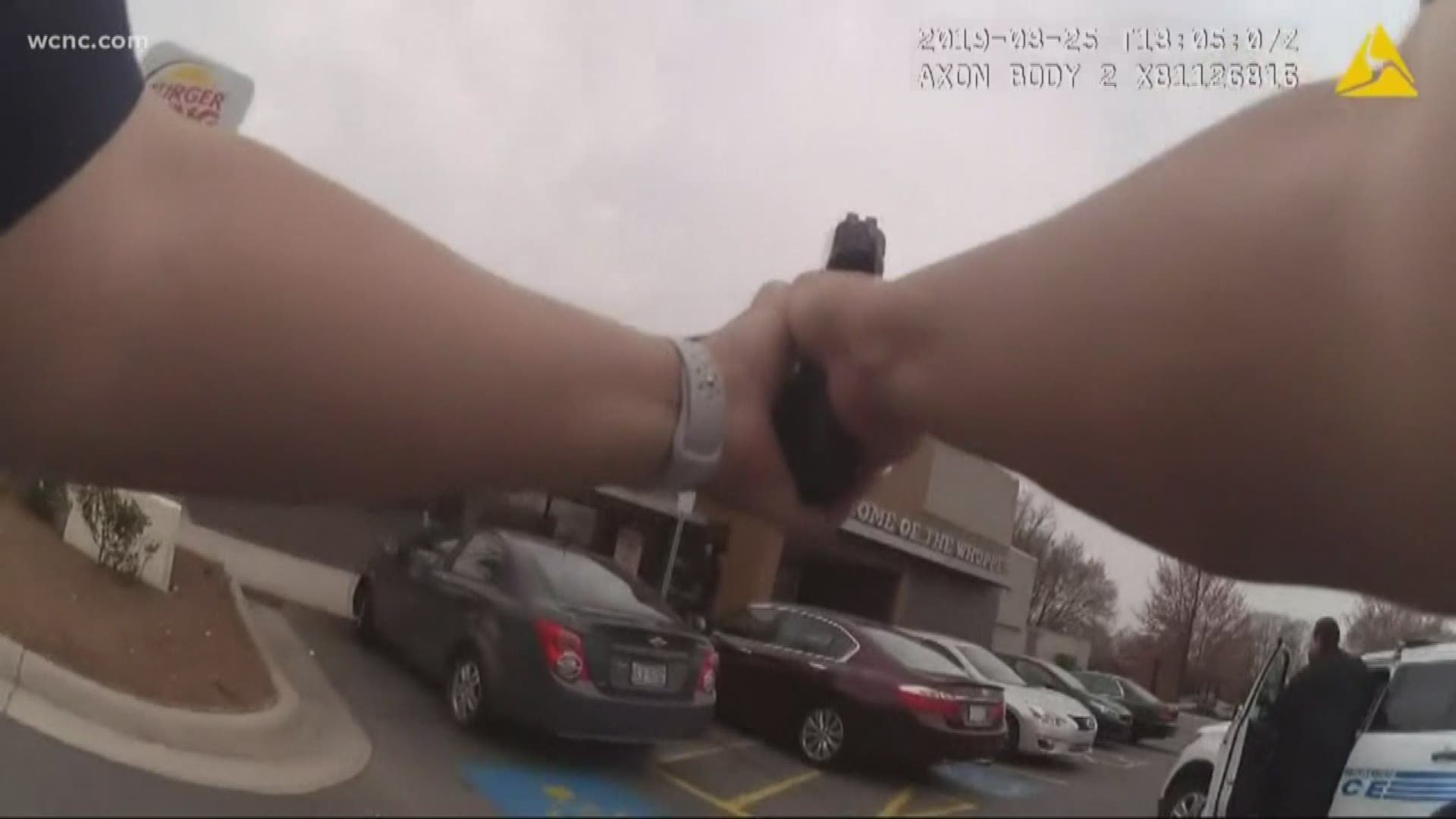 CHARLOTTE, N.C. — Despite calls for her firing, the Charlotte-Mecklenburg Police Department officer who shot and killed Danquirs Franklin earlier this year is back on full duty and, for the first time, we know the department did not formally discipline her.

The agency announced Officer Wende Kerl returned to work in a non-patrol, investigative role at headquarters last week, more than seven months after the shooting outside the Burger King on Beatties Ford Road. As is standard protocol, CMPD placed her on administrative leave pending a criminal and internal investigation.

Former FBI agent and federal prosecutor M. Quentin Williams said he's not surprised by the decision since it was "deemed justified." He's written a book titled, "How Not To Get Killed By The Police."

From Franklin's family to the NAACP, people have criticized the way CMPD responded in the moments before, during and after the shooting, questioning the way the officer engaged the armed suspect, the words she used, how she crossed another officer's path and increased her risk of danger, and her decision to fire her gun as Franklin appeared to drop his. Some even called for her termination.

RELATED: He should be alive today' | Family of Danquirs Franklin said he was 'calm' by the time police arrived

Nonetheless, Williams agreed with the district attorney in that the shooting was justified and no crime occurred.

"He had a weapon and so that changes the game," he said. "It's tragic, but reasonable under the guidelines."

Williams also said it's reasonable for the officer to not only keep her job but go unpunished even with her tactics questioned. He said the key is making sure it never happens again.

RELATED: Response to resistance: CMPD rolls out new use of force policy

CMPD outlined its new Response to Resistance policy just last week, asking officers to de-escalate every single encounter and giving clear examples of when control measures and force is reasonably necessary. The policy also requires officers to give aid if force is used, which was another criticism stemming from the Franklin shooting.

"What we're trying to do is get time, cover, distance and opportunity to de-escalate," Chief Kerry Putney said last week. "They want more compassion, more empathy, so this policy I think embodies that."

While others called for this officer's firing, Franklin's family stopped short of saying they wanted to see her punished.

She gave birth to 150 puppies then was discarded. How Victoria's story could stop puppy mills