During another deadly year in Charlotte, some are questioning why police are working overtime shifts at the Black Lives Matter mural instead of other violent areas. 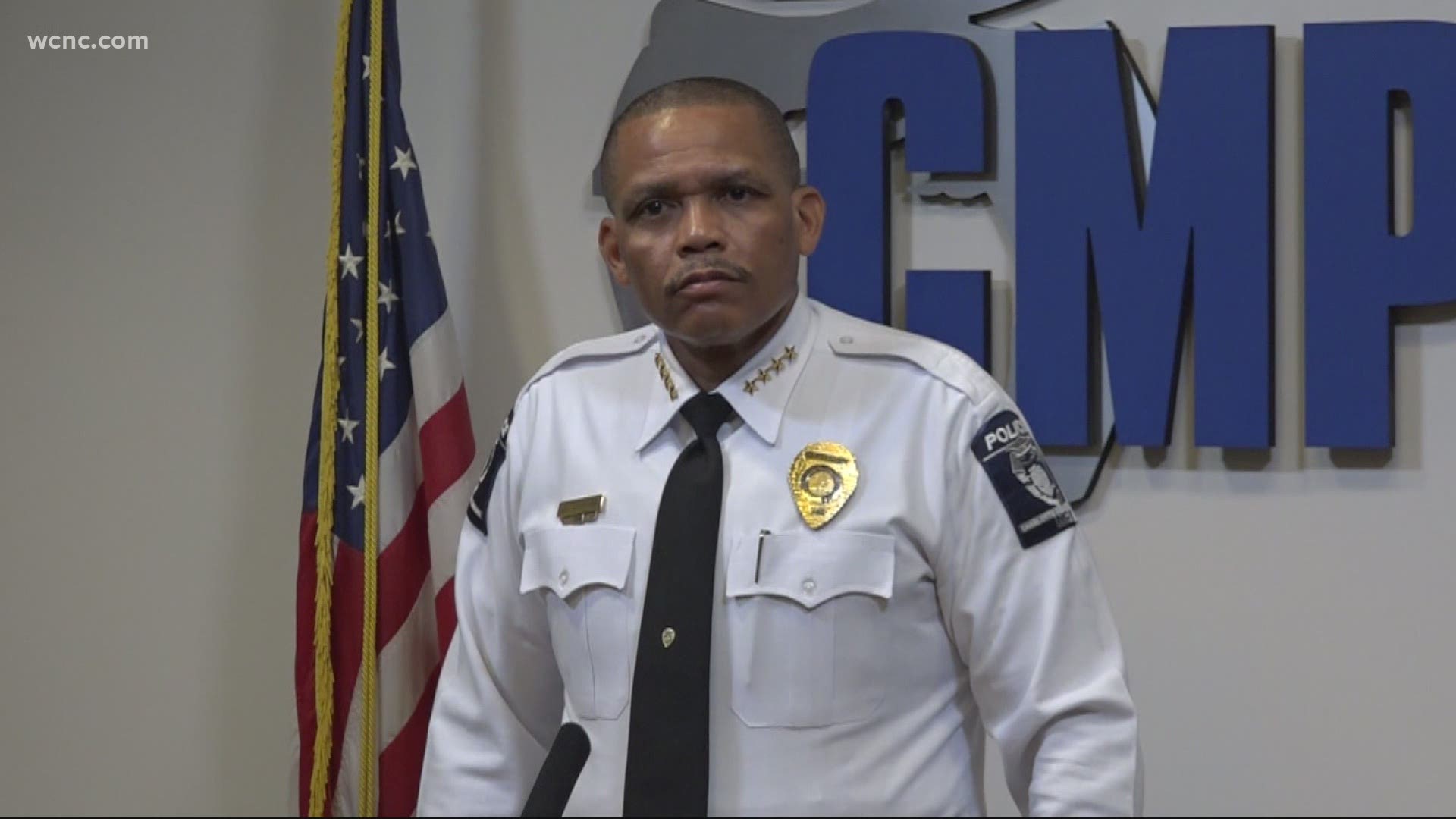 CHARLOTTE, N.C. — As Charlotte struggles with yet another violent and deadly year, Charlotte-Mecklenburg police officers are getting paid overtime to protect the Black Lives Matter mural uptown. The single block of S. Tryon is closed to traffic and has been home to few reported crimes since the mural's creation in June, according to CMPD records.

"If you're going to have police officers patrolling a monument that has no life value versus in an area where you know there has been high crime and more than several murders have happened in that area, I mean, what sense does that make?" NAACP Political Action Chair Lucille Puckett asked. "You're protecting mortar. You're not protecting life. We need to really look at that."

A description obtained by WCNC Charlotte revealed the overtime shift is a walking beat to be visible to businesses, residents and visitors around the mural.

CMPD initially did not disclose the mural overtime position when WCNC first requested information but provided details after we questioned the omission.

"What you just showed me about where overtime is being spent versus where overtime would be needed, it just draws me back to saying we need an independent audit," Safe Coalition NC State Director Robert Dawkins said. "It's not a good use of the taxpayers' money and it falls back on city council to make sure that they're stewards of our money."

A CMPD spokesperson said the agency approved overtime at "Pedestrian Plaza" after receiving requests from CDOT and city officials and complaints from residents and property managers.

The agency has not yet provided details about those complaints.

"Everything is worth evaluating," the chief said. "I think we do have a responsibility to protect property within the city as well and we've seen in the past that that mural was damaged."

Chief Jennings referenced the vandalism someone caused in June when they defaced the mural with black tire marks. Police said three months later they have still not filed charges in the case.

"There are people out there that want to deface that mural, so we have an obligation to that," the chief said. "However, I would never want to do that over the idea, if I felt like violent crime was not being addressed appropriately and that was a means to move resources over toward violent crime, then I would be all for that and totally in favor of that. Right now, I feel like we have good resources that are doing great work out there. Our officers are working overtime in other areas, not just at the mural."