Drug Enforcement Administration agents say meth is king. They call Charlotte a cartel transshipment location due to its booming population and network of highways. 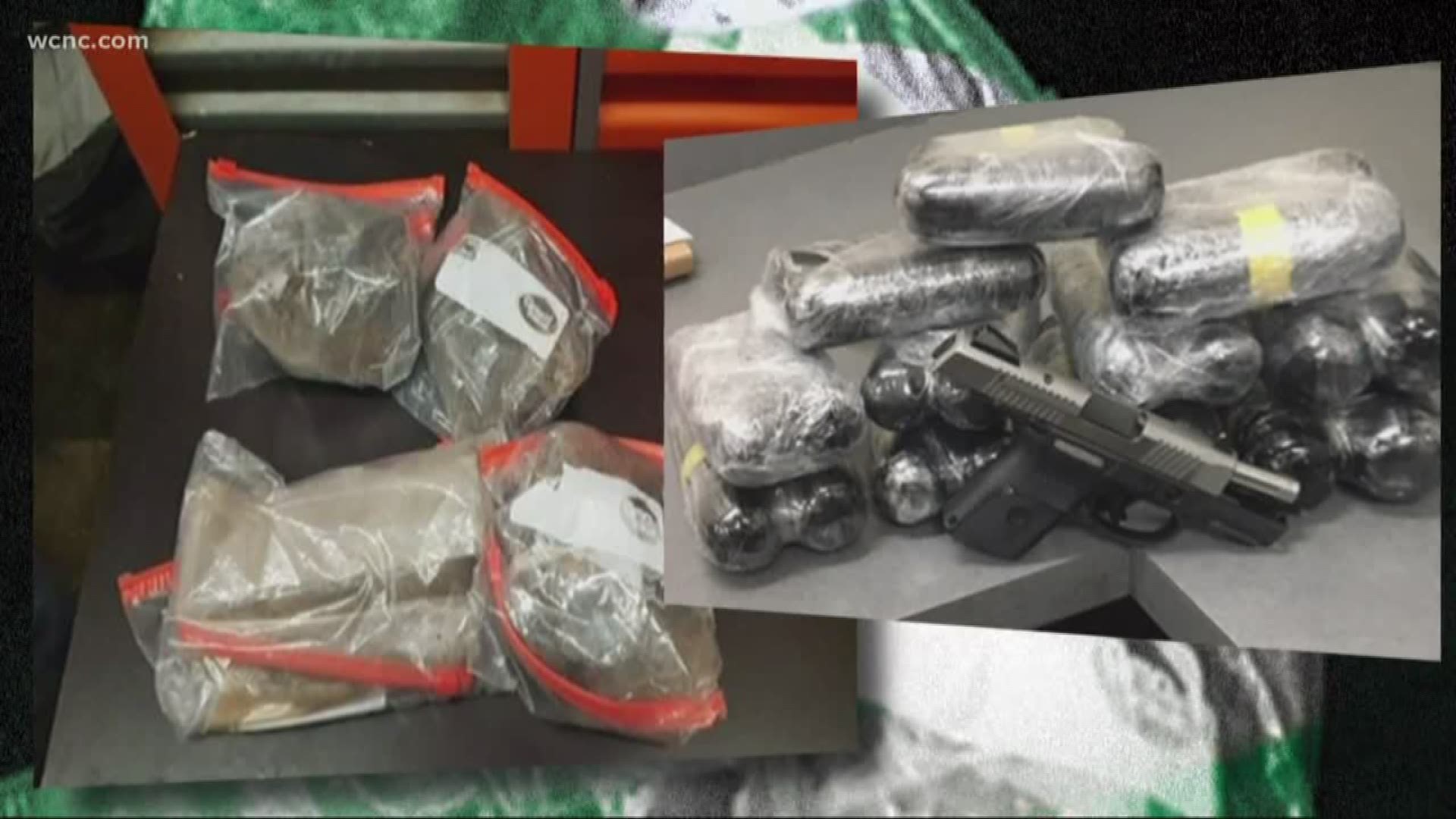 CHARLOTTE, N.C. — Drug Enforcement Administration agents say millions of dollars in meth and other drugs are running up and down the Charlotte-area's interstates, trafficked by dangerous drug kingpins from Mexico.

In recent years, law enforcement agencies have found drugs, cash and guns at traffic stops on and near I-40, a truck stop in Salisbury, the Mexican border headed to Hickory and on the streets of Charlotte.

"Overall, meth is king right now," Conaway said. "It's coming in large, large quantities from Mexico. Right now meth is at an all-time high in purity and an all-time low in price."

Conaway said there's now so much meth around here, crystal meth is almost just as affordable as high-grade marijuana. He said buyers are interested in what they consider to be the benefits of the drug.

"It makes them be more alert and productive if they're working and it can get out of their system quicker," Conaway said.

The DEA said the days of home cooks making meth in rural North Carolina are long gone, replaced by chemists in super labs in Mexico who are hired by drug trafficking organizations.

Conaway said the meth is shipped in liquid form to Atlanta where it's converted to crystal meth and brought to the Charlotte-area, often in tractor-trailers.

"They'll come here, some will stay and some will go on to other areas," Conaway said. "Sometimes they send their own people to establish the network or sometimes it's just to oversee the distribution network and then other times, they recruit local gangs, people that are already in the area to do their business and distribute their drugs."

Conaway said some of the meth goes to Virginia and then on to other major cities in the northeast, while some heads west to California.

Law enforcement said our network of highways and the privacy of our rural counties make the Charlotte-area a prime location.

"It is well known that commercial trucking is one of, if not the single most common way that money and drugs are traversed to and from the Southwest border," Rowan County Sheriff's Office Chief Deputy David Ramsey said. "Rural locations are sought out for loading and unloading contraband, due to privacy. However, it can just as easily be done in urban counties."

"The bulk smuggling of narcotics is not an anomaly but unfortunately a regular course of business for these trafficking enterprises," Turk said. "Law enforcement has been successful in making strides towards identifying these trafficking patterns by utilizing a myriad of investigative techniques. In Catawba County, these seizures reflect excellent working relationships and partnerships between local, state and federal law enforcement agencies."

He said communities are seeing results from these investigative techniques.

Conaway also said agents are having success busting these operations, which is evident by several high-profile cases last year alone.

The DEA credits that to better intelligence and information sharing among federal, state and local law enforcement.

"Information sharing is at an all-time high," Conaway said.

He said the largest cartel operating in the Charlotte-area is the Cartel Jalisco Nueva Generacion. The Charlotte-Mecklenburg Police Department arrested 18 people and seized $3.5 million in heroin, meth, and cocaine in March 2019. DEA agents said the drugs were linked to the CJNG cartel.

"The Mexican drug cartels that we're dealing with, they only have one thing in mind and that is profit," Conaway said. "They're the most violent people that I know. They stop at nothing to achieve their goals. They have no regard for human life. If it takes them to hurt somebody or kill somebody to achieve their goal, that's what they're going to do."

Conaway said they're also seeing a presence of fentanyl and heroin.

Housing Boom: Micro-apartments are popping up in South End