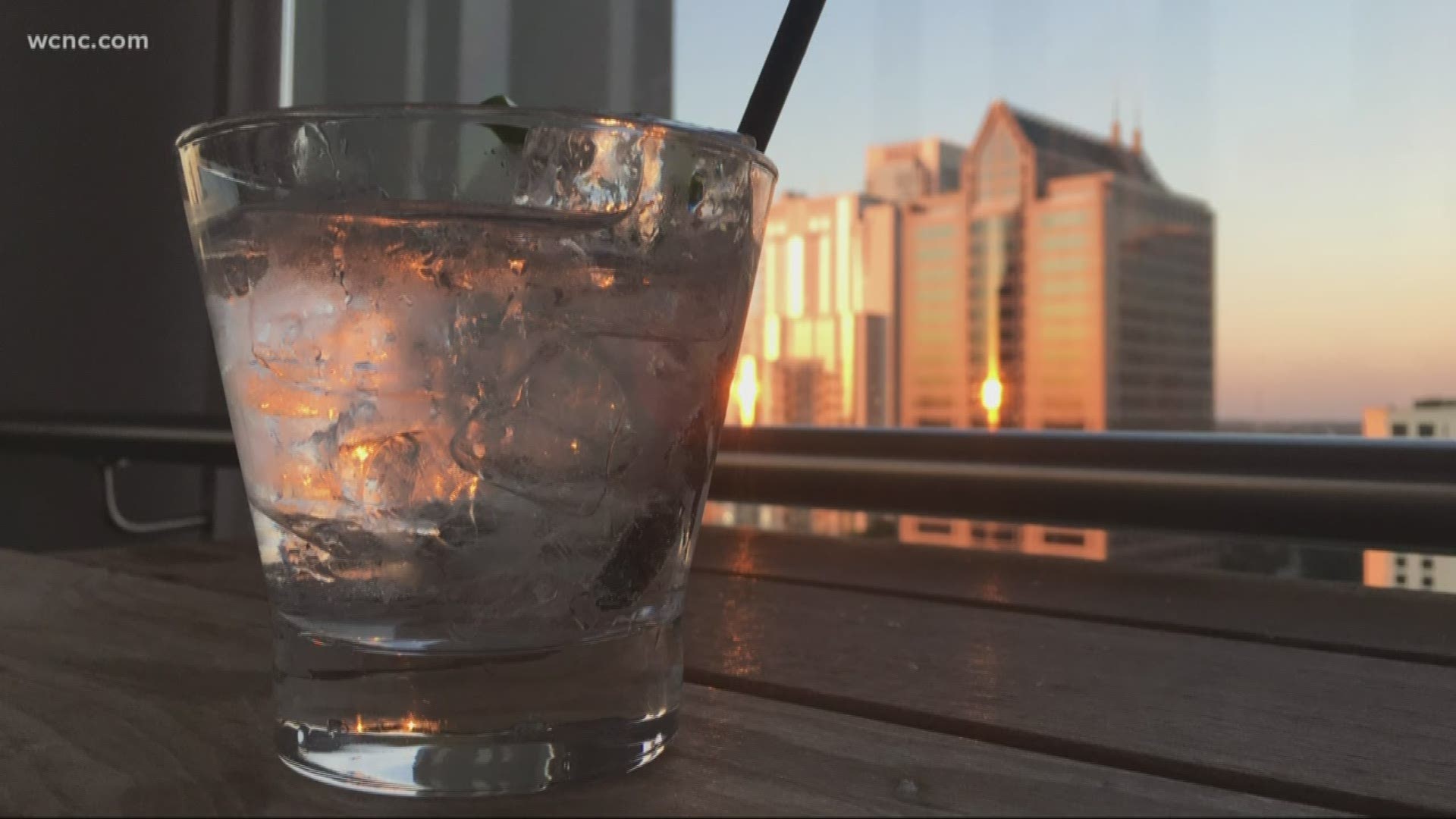 CHARLOTTE, N.C. — Perfect for snapping pictures or socializing with friends, part of the allure of rooftop bars are their views and their novelty, but each trip to the top brings with it a legitimate safety risk, especially when the rooftop bars aren't following all of the rules.

Fire inspection records show several of the most popular rooftop bars in Charlotte are routinely flagged by the fire marshal for everything from blocked exits, missing and unusable fire extinguishers, and fire dangers.

Peculiar Rabbit, the bar with the most repeat violations, fixed its most problem Thursday after we called.

"It's an oversight on my part. It's 100% my fault. I talked to the fire marshal this morning," Peculiar Rabbit Owner Robert Wilson said. "The fire extinguishers, we got lazy and dumb. That's all I can tell you. We should have taken care of it sooner."

Wilson's talking about his bar's repeat fire inspection finding that a fire extinguisher in the rooftop seating area "had no charge," essentially meaning it'd be practically useless if actually needed. Wilson said he serviced all of his fire extinguishers on Thursday.

"I take full responsibility for us not doing it properly," he said.

Fire inspection records show fire inspectors flagged Fahrenheit twice in the last two years for chairs in front of an exit door, once blocking the door. The bar fixed the problem immediately, according to records.

Inspections for City Lights identified concerns about storage in one of the stairwells on the same floor as the rooftop bar. The January inspection also showed a fire door would not close and latch.

At Merchant and Trade in August, fire inspectors questioned a door in the VIP area that was "sticky and hard to open and also did not shut." They also flagged gas cylinders at risk of tipping over.

At Coin Bar in February, fire inspectors documented concerns about propane heaters on the rooftop, asking the bar to remove them.

At Whiskey Warehouse, records show a repeat violation stretching more than a year through at least June.

"All fire doors must be completely self-closing and self-latching," the report said. "Adjust the fire door at the interior stairway entrance so the door is compliant."

Still, he said CFD does annual, complaint and random night inspections of all rooftop bars to make sure there are no ongoing safety issues.

Chief Miller said the biggest issue inspectors usually find are blocked exits that are never in use.

"People happen to be creatures of habit. The way they came in is the way they're going to run out even if there's an exit right next to them, so our job is to make sure we have enough exits to direct them," he said. "If an exit is blocked, it is definitely an issue."

How can you protect yourself? The fire marshal said there's a simple answer.

"Just make sure you familiarize yourself with the exits and don't be afraid to tell the business owner, 'Hey, I can't get out of here in the case of an emergency,'" he said. "Mention to the manager I kind of noticed you had some boxes and childcare chairs (blocking the exit). I guarantee if you do that, they'll move them because they don't want to see us. If not, I'd probably get out of there."