Housing authority to give struggling families more time to use vouchers

A CHA committee recommended changing the rules by giving people up to 180 days, or an extra two months, to use their vouchers before they expire. 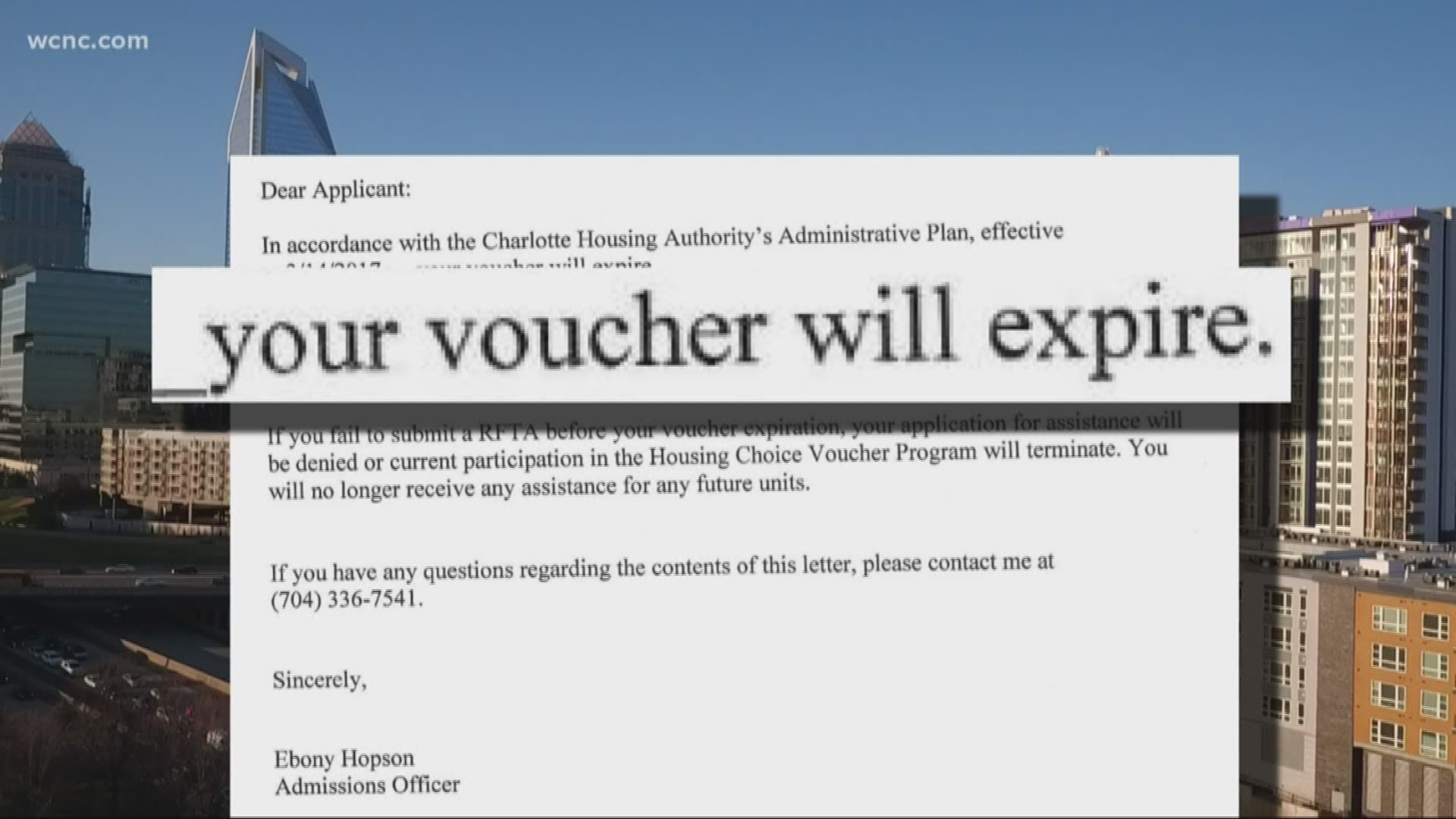 CHARLOTTE, N.C. — The Charlotte Housing Authority unanimously approved a major change that would give families with federal housing vouchers more time to use the rental assistance before the vouchers expire.

Prior to the new proposal, voucher holders in Charlotte only had 120 days to find a landlord to accept the voucher before the government subsidy expires. CHA records show one out of every three vouchers expired before they could be used in recent years.

Velda Harper knows what it feels like to ride that rollercoaster of emotions. CHA initially awarded her a voucher to cover hundreds of dollars in rent.

"I was so incredibly excited," Harper said.

Unfortunately, Harper said she didn't have enough time to find an apartment, so her voucher expired.

Struggling with medical issues, today she's forced to live with a friend.

"It's just been a really hard road," Harper said.

Experts said Charlotte's booming population growth, an overall lack of housing and landlords' refusals to rent to people with government vouchers are all to blame for the difficulty in using the vouchers.

"Think about it, 120 days to find it and there are some people who still can't find people to accept their voucher," CHA Senior Vice President of Public Relations Cheron Porter said. "They're still finding it difficult and we're doing what we can to help them find housing."

In other cities, housing authorities give voucher holders more time. In San Diego, for example, people can ask for up to 420 days and there, only 10% or so of newly available vouchers expire.

A CHA committee recommended changing the rules by giving people up to 180 days, or an extra two months, to use their vouchers before they expire. That proposal follows NBC Charlotte's work with the Charlotte Journalism Collaborative.

While it would be better than the status quo, Harper fears an extra two months still isn't enough time.

"That's somewhat of a nice gesture, but it's really not going to eradicate or help the problem," she said.

The proposal passed unanimously at the meeting on Tuesday evening.