Housing vouchers expiring before families can use them

Securing a Housing Choice Program voucher in Charlotte is already difficult enough. A Defenders investigation found those rare families who actually receive the government assistance often can't even use the money. 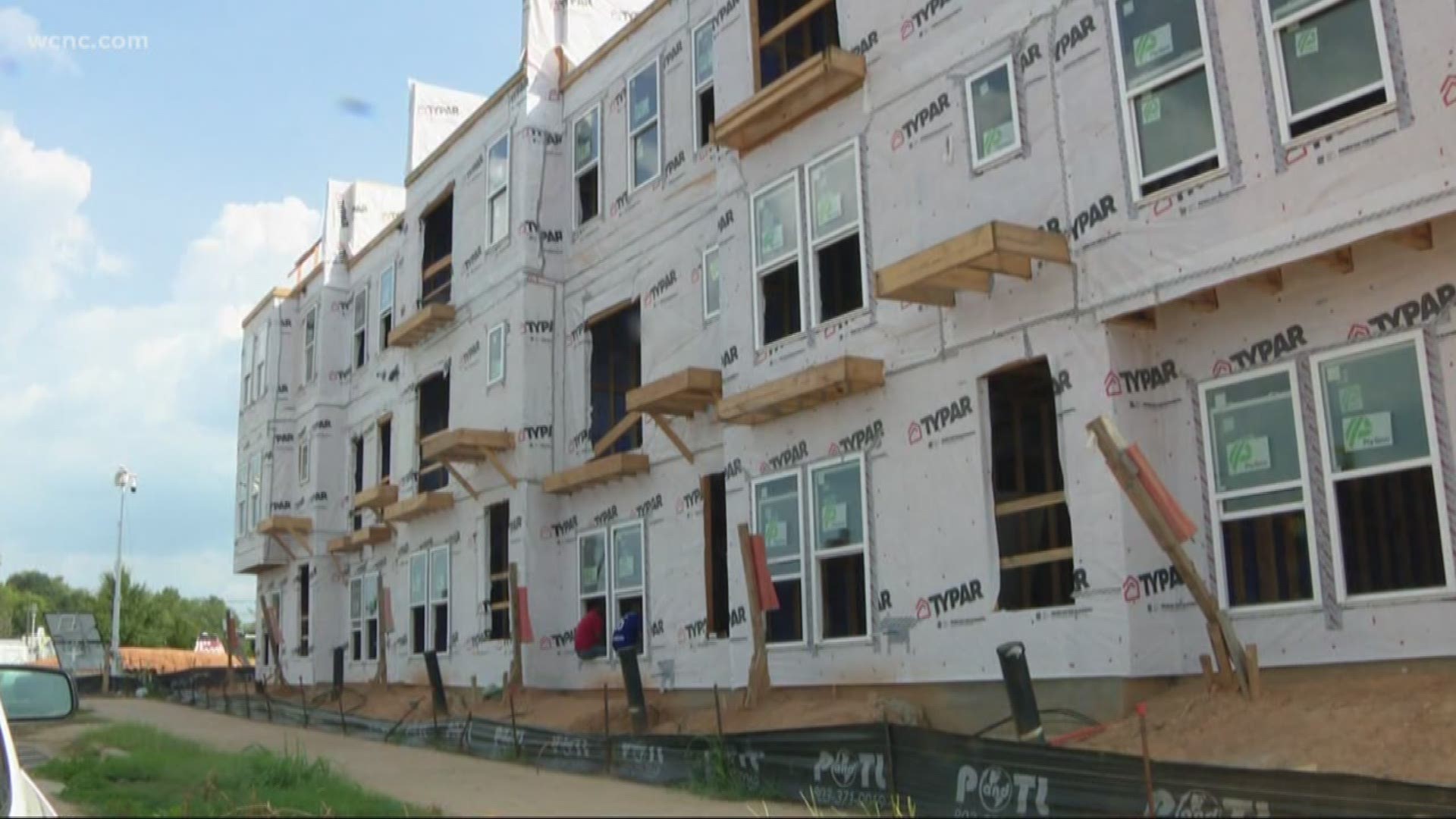 CHARLOTTE, N.C. — More than a third of low-income families in Charlotte who receive newly available federal Housing Choice vouchers can't use them before they expire, according to an NBC Charlotte review of public records.

Only 127 people have received a Housing Choice voucher in Charlotte since 2016 and of those, 45 of them expired after four months, according to CHA records.

"It is heartbreaking." CHA Senior Vice President of Public Relations Cheron Porter said. "What's the first year teacher to do? What's the recent college graduate to do?"

The problem stems from the lack of available places to live in Charlotte coupled with booming population growth, but there's another layer. It's called income source discrimination, and it's common in major cities across the country.

"If a person has a voucher, a landlord can refuse to accept that form of payment," Community Link President & CEO Floyd Davis said.

"Why should they care where the money is coming from as long as they are getting their price for that unit? Here in North Carolina they have that option," Davis said.

"There should be no reason why someone who has a voucher, who has the means to pay for the rent, is turned away because of the source of where they get their income," she said. "We have our hand up and we want to talk about it, but it is a General Assembly issue."

Instead, she said they are making business decisions since renting to someone with a voucher means government red tape, including mandated inspections and a lengthy wait time to get paid

"They're just some inherent challenges with a Housing Choice voucher. You have inspections, you have the delay in getting your initial payment, you have the constraints on the amount of rent a property owner can get," Graham said. "It's not discrimination. It is about choice."

Like with any business, she said it's important to make sure developments are profitable, so the owners can make improvements and pay their employees. Graham said there is no simple solution.

"I want to see our community be able to solve this. Mandating it? I don't know that mandating it is the right answer, but I do know as a community we should try and figure it out."

Porter said even though CHA has expedited the payment process and required less frequent inspections, some landlords are still turning away people with vouchers. Ultimately, it's up to those people to find a home with the money the government gives them.

While there are too many failures, there are also success stories.

Jess Millman, a four-week-old baby, is now living in a Charlotte home with her parents. It took a lot of time and a lot of stress, but the family is resting easier now.

"Just got the keys to our new house," her mother said in April. "Just happened a couple hours ago!!"

Kimberly Millman spent her pregnancy living on the streets of Charlotte. Eventually, Millman and her husband received good news late in her pregnancy in the form of a government voucher, which promised to help them pay for a two-bedroom place. They thought they hit the lottery, but quickly learned they couldn't actually spend the money.

"It's very tough," Millman said in March. "It's just been very stressful with a newborn baby."

At the time, the family was confined to a dimly lit, cramped motel room paid for by community donations.

"I thought getting accepted through a program would give us that confidence of, you're fine," Millman said.

With their Shelter Plus Care voucher set to expire in just weeks, Millman found a landlord willing to accept it. She counts herself as one of the lucky ones.

Mecklenburg County records show since 2016, 35 of the 373 households that received Shelter Plus Care vouchers "expired before they could find a home."

The numbers are proof just because someone secures a voucher, it doesn't mean he or she will actually be able to use it. It's especially concerning when you consider more than 13,000 people are currently on the wait list in Charlotte for the Housing Choice Program alone.

In addition to banning income source discrimination, CHA also hopes North Carolina lawmakers change state law to allow for what's called inclusionary zoning. A federal study suggests that type of zoning as a possible solution. It can require new developments to set aside a certain number of units strictly for low to moderate income renters.

In the meantime, Porter said to help with this crisis, CHA's started developing affordable housing projects and started offering some families more money toward rent in parts of the city where upward mobility is more likely, giving them a better chance at competing with higher-income renters to find homes in the first place and a better shot at long-term success.

The U.S. Department of Housing and Urban Development is aware of the issue too. In fact, HUD conducted listening forums with landlords across the country to try and find what the agency can do to get more landlords to accept vouchers.