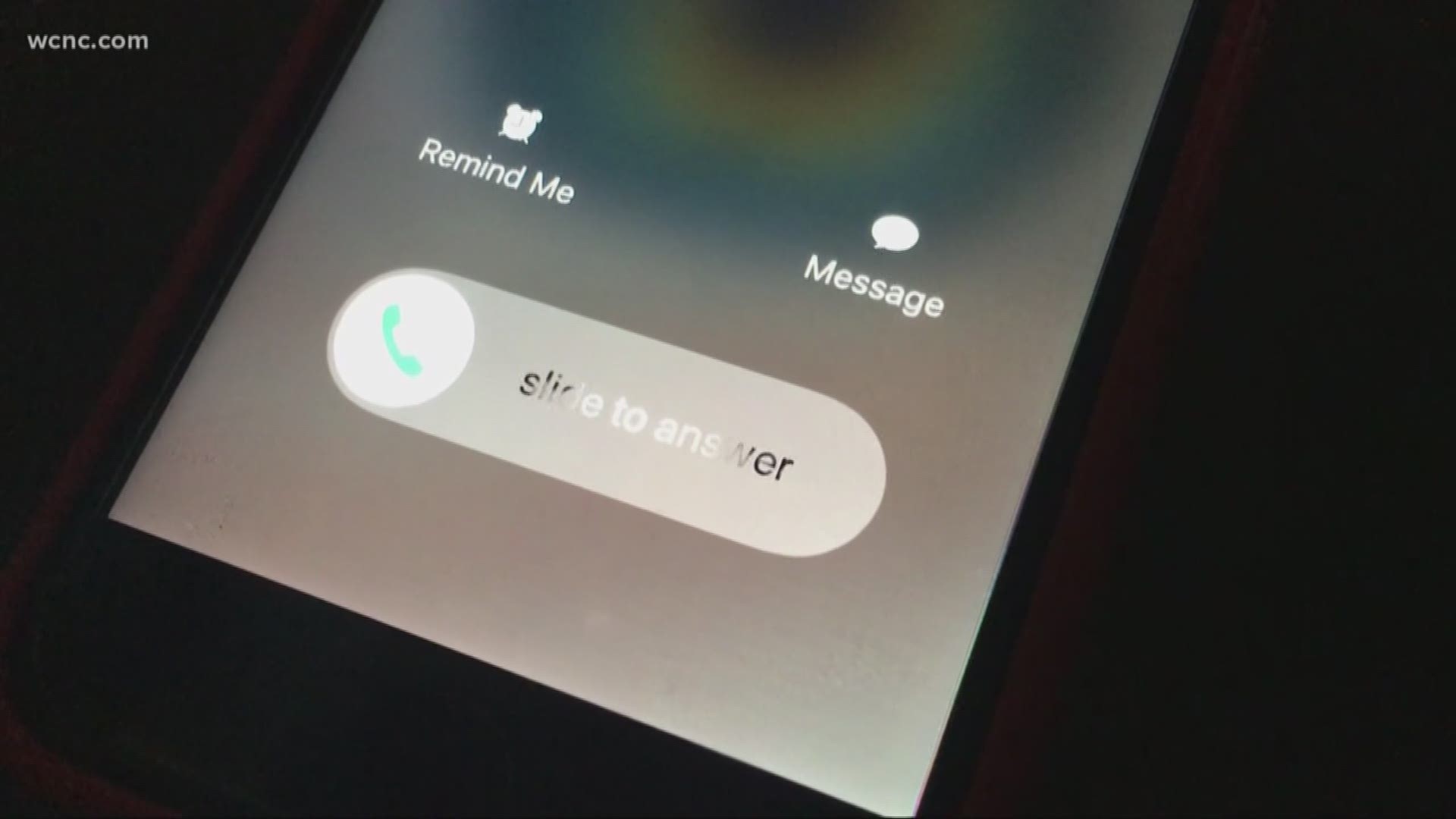 CHARLOTTE, N.C. — Law enforcement agencies are warning about the growing trend of ‘sextortion,' which could put your children at risk. It involves a suspect who targets victims with threats or manipulation to get them to send explicit photos online.

The FBI is warning parents about the crime as more children are using the internet during summer vacation.

The NBC Charlotte Defenders team uncovered a case in Charlotte from just last month. In a 911 audio recording obtained by NBC Charlotte, the 19-year-old woman described sending naked photos to someone she thought she knew.

However, when they connected on Facetime, she realized in horror that she didn’t know the man at all.

“I don't know how to handle the situation,” the 911 caller told the dispatcher.

The caller said she thought the man she was sending photos to was a friend.

“I was sending pictures, like naked pictures, to this guy on my phone because I thought he was my friend from school,” she said.

However, she told the dispatcher everything changed when she gave him her phone number and they connected on Facetime.

“He Facetimed me and then I was like, ‘Turn around the camera because you haven't showed me your face once’, and he turns it around and he's like a 35-year-old man, I have no idea who he is,” the caller said.

It may have been a fake identity, but it highlights a real problem. Law enforcement says the perpetrators can pretend to be just about anyone online.

Sextortion cases are growing every year, according to the FBI. The FBI says the offenders are trying to get the victims to produce imagery, so they can use that imagery to coerce them to produce more.

“I hung immediately, and then he's like, ‘Facetime me back now, I'm not playing, I'm going to expose you’,” the caller told the dispatcher.

“It’s very scary, the risk of someone capturing that,” said Charlotte Mecklenburg Police Crime Prevention Officer Johnathan Frisk. “Once it gets into someone's else's hands, who knows where it can go from there.”

Officer Frisk says the key is being vigilant about monitoring your child’s device.

“Having ways to go in there see what types of pictures they might be posting, what types of text messages are out there,” Frisk told NBC Charlotte.

The case involving the 19-year-old victim is an ongoing investigation. No arrests have been made.

If you want to report a sextortion case, call the nearest FBI office.