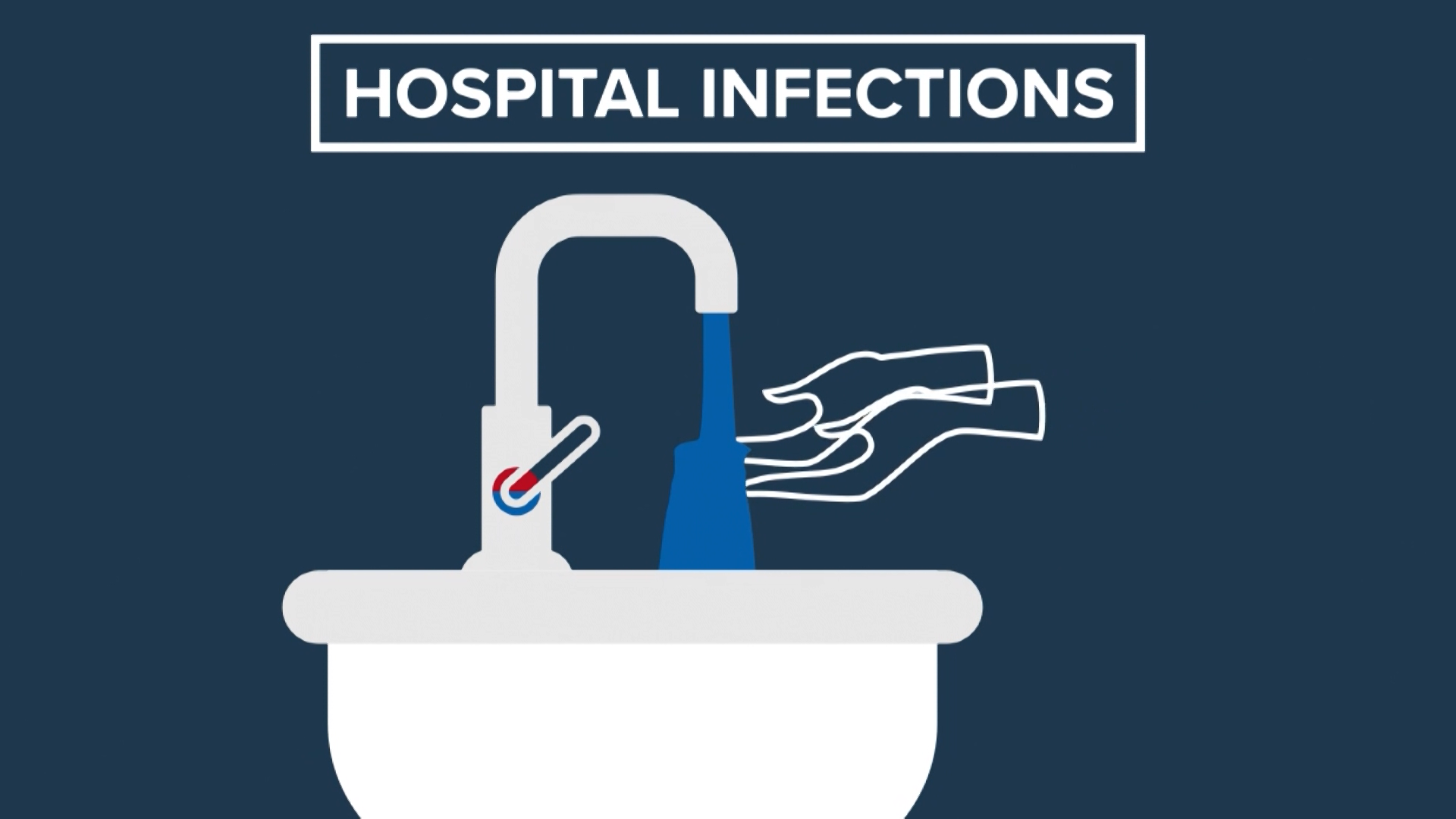 CHARLOTTE, N.C. — A state lawmaker is promising action after an NBC Charlotte investigation uncovered patient illnesses and even deaths linked to hospital water across the Carolinas. The bacteria responsible was non-tuberculosis mycobacteria.

"We've got a problem. We've got to address that," Rep. Mary Belk (D), NC-District 88 said. "I think it's something that we definitely have to look at."

NTM is commonly found in public water, but most dangerous for people who are already sick. Experts said state regulators need to do more to protect patients from NTM.

An NBC Charlotte investigation found water caused dangerous infections inside five hospitals in the Carolinas since 2013. Hospitals including Carolinas Medical Center in Charlotte, UNC REX Healthcare in Raleigh, Roper Hospital in Charleston, Duke in Durham, and Greenville Memorial Hospital in South Carolina all treated at least one NTM infection, according to court records.

RELATED: They went to the hospital for help and the water sickened them.

As a cancer survivor, Rep. Belk knows what it's like to have a compromised immune system and spend time in a hospital, but until WCNC's reporting, was not aware NTM grew in some hospital water pipes.

"Is that shocking? Yes. Would that be horrifying? I just can't even imagine," she said.

The Centers for Disease Control and Prevention estimates far more people die every year from NTM than the more talked about Legionella, which causes Legionnaire's Disease.

RELATED: Hospital water can make patients ill, but most don't have to report infections

"It is possible that infections were greater than they needed to be in the U.S. simply and solely because NTM is not a reportable infection in many states," Dr. Muscarella said.

Rep. Belk said it's time to push for more transparency. As part of a General Assembly fellowship, she plans on asking the North Carolina Institute of Medicine to research the issue and report back with possible solutions.

"I'm going to now ask them, 'Can we look into this and see what's going on around the rest of the country and talk about transparency and whether or not it's good policy to go ahead and ask them to report?'" she said. "I think when you are forced to be transparent, then we can do something."

While the number of patients impacted also shocked Rep. Carla Cunningham (D), NC-District 106, the nurse, who has worked in a hospital setting, doesn't think mandatory reporting is necessary at this point.

"I think it's one of those things we have to continue to watch and monitor," Rep. Cunningham said.

She believes hospitals have taken the necessary and recommended steps to prevent future outbreaks.

"(Hospitals) are on top of it as far as I can see. ...They are aware that they have to report any contamination to the public health department. They also have to report to the CDC and they also have to report to the Centers for Medicare and Medicaid Services," she said. "We need to be aware that it is there and if need be, later on down the road if things change, I'm sure that we will be possibly looking at legislation, but right now I don't see that as one of [the] things that we will dive in."

NTM is not transmitted from person to person. Instead, it's transmitted through water sources. Once the sources are found and addressed, outbreaks are stopped.