If someone is caught on suspicion of drunk driving, police have the tools to confirm that. However, NBC Charlotte has learned that’s not the case for marijuana. 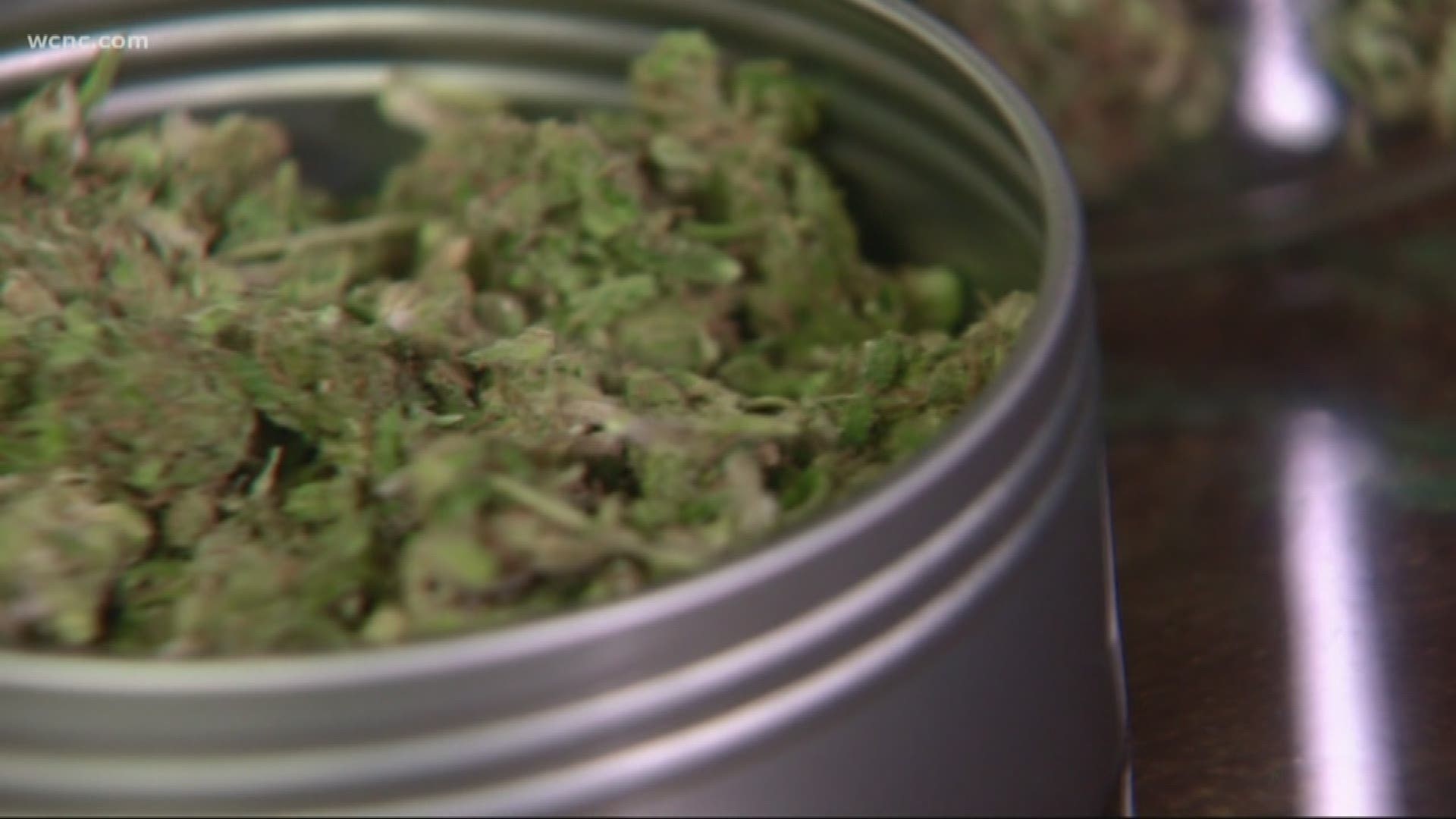 The team found half a dozen police reports in Charlotte where people were caught with pot but not charged.

It appears Charlotte-Mecklenburg Police officers are sometimes deciding to educate rather than enforce low-level marijuana crimes. A police representative told NBC Charlotte that's in part because it's legal to have hemp in North Carolina.

When looked at side by side, hemp and marijuana appear very similar. In fact, Chris Kopp, a spokesman for the Fraternal Order of Police, said regular patrol officers don’t have the tools to tell the difference.

Now, it’s raising questions about whether the law is different depending on the county you’re in.

If someone is caught on suspicion of drunk driving, police have the tools to confirm that. However, NBC Charlotte has learned that’s not the case for marijuana.

In one case, officers followed a strong odor and found two people in a vehicle with three grams of marijuana in a motel parking lot on N. Tryon in September, according to the police report.

However, they were not busted for pot. It was a similar outcome to several other police reports the Defenders team found, where no charges were filed. The cases ranged from $5 worth of marijuana to $100 worth.

Kopp said the legalization of hemp in North Carolina has blurred the lines for law enforcement.

"Hemp gives a very similar smell," Kopp told NBC Charlotte. "There’s a difficulty to determine if they were in possession of an illegal substance or a fully legal hemp product."

According to the FOP, marijuana enforcement varies across the state, which means the same offense could be dismissed in one county and lead to a criminal record in another.

Amanda Furstonberg, who is from Johnston County, said she was arrested for smoking legal hemp.

"I didn't think twice about it, because it's legal," Furstonberg previously told NBC Charlotte.

She said she tried to explain it to officers but was charged with possession of marijuana anyway.

"They don't even understand what they're doing to me," Furstonberg said.

"You could have somebody who's in another county who the charge gets completely dismissed," Kopp said.

In Mecklenburg County, very few people are ending up in jail for marijuana-only charges. As of September, only five people were in the county jail on such charges, according to the sheriff’s office.

In the N. Tryon case, officers educated the two people caught with pot about North Carolina law, according to the police report.

"Officers are using their discretion a lot more frequently, and I think that's benefiting not only our criminal justice system but also our community," Kopp said.

Simple possession of marijuana is not among our highest prosecution priorities, yet we do believe in focused enforcement to reduce the high incidence of homicide and other violent crime associated with its sale and distribution. Any marijuana charges are evaluated on a case-by-case basis to determine how each case may be affected by the current status of the law. Hemp legislation has undoubtedly complicated our ability to enforce the law, and we are hopeful the General Assembly will produce legislation that is practical, yet does not leave our communities vulnerable to violence that comes with an underground market.

CMPD said they could not determine who was in possession of marijuana in some of the cases the Defenders team uncovered.

Lincoln County Sheriff Bill Beam shared his policy for marijuana enforcement. He said if anyone is caught with something that appears to be marijuana, they’ll be charged with a crime and can fight it in court later.