"I believe it's the duty of responsible leaders to get in front of an event like this," Lyles said. "To ensure everyone in our city that we are dedicated to the pursuit of truth and justice." 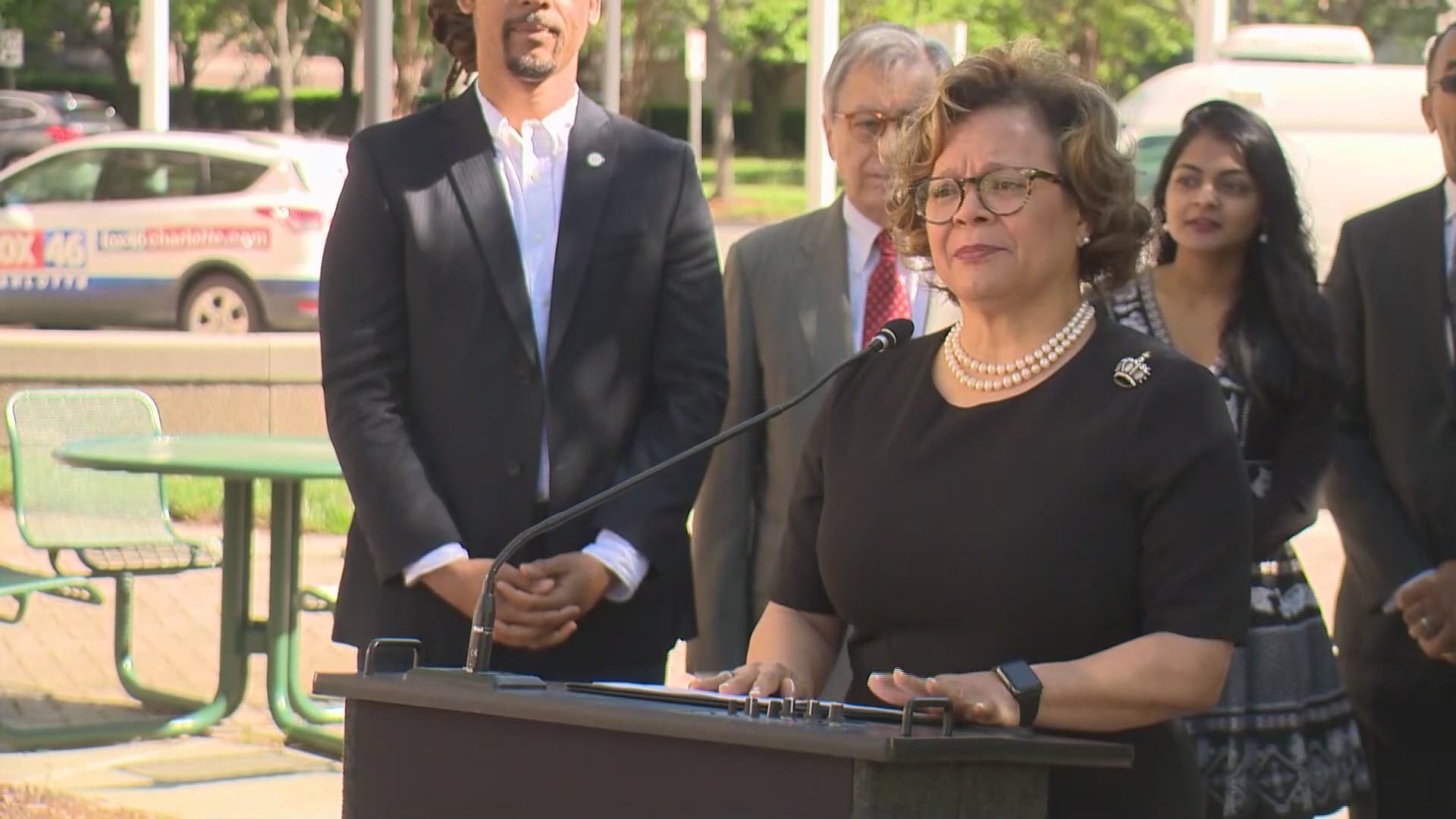 CHARLOTTE, N.C. — Mayor Vi Lyles and Charlotte leaders came together Monday morning to ask the city of Charlotte to come together respectfully before the Charlotte-Mecklenburg Police Department releases body camera footage of a deadly police shooting that happened back in March.

"I believe it's the duty of responsible leaders to get in front of an event like this," Lyles said. "To ensure everyone in our city that we are dedicated to the pursuit of truth and justice. To be clear, I have not seen the video. Nonetheless, I know what's on it.  First, it shows a tragic moment, where many lives were changed forever. It shows the instant where a mother lost her son, children lost their father and a young man had his life end much too soon. And let us not forget the impact this has had on our police officers and our first responders who were involved in this case or continued to be involved in this case. "

NBC Charlotte, among the media outlets in court on Thursday, pushed for the release of the video that shows the moment Danquirs Franklin was shot and killed by a police officer outside Burger King in north Charlotte last month.

The video is set to be released on Monday. CMPD argued the move will give the family enough time to see the video before the public does. CMPD will also use the time to blur the faces of witnesses.

Charlotte City Council Member Braxton Winston said he knows the video will be difficult for Franklin's family to watch.

"My main concern right now is the family," he said.

Winston, who rose to prominence in the riots that followed the Keith Scott shootings, has remained outspoken about police use of force, including in this case. When asked if he thinks the public can react peacefully to whatever the video shows, he said yes.

"Absolutely. People are going to upset no doubt," he said.

CMPD did not oppose our request to release the video, only asking to delay release until Monday afternoon.

The 911 calls from the morning in question showed people in fear of a man with a gun inside the restaurant. The chief said officers encountered an armed suspect in the store and repeatedly ordered him to drop the weapon, adding one of his officers shot the man when he came outside and refused to drop the gun. Putney said they eventually recovered a gun after the incident.

Ahead of the possible release of that video, the chief urged the public to be logical and reasonable. Chief Putney said body cam footage is no more important than the physical evidence police collect, witness interviews and the medical examiner's report.

"People who want to see everything right now, slow down a bit," Putney said.

"We have people who say they saw things and when we talk to them, that turns out not to be the case," the chief said, acknowledging that the public wants a quick answer. "We like to rush to judgment and determine on our own whether it's justified even before it goes to the district attorney -- that's not advisable."

If a judge sees fit to release the video Thursday, the chief said he's okay with that decision at this point in the investigation, but reminded the public every officer-involved fatal shooting video looks bad, because it shows a person's death.

"The video shows a loss of life, which is always concerning," Putney said.

What the video likely won't show, he said, is what the public wants body cam videos to show, which he calls unrealistic.

"People expect you to have the gun pointed directly at you and seeing the finger squeeze the trigger," he said. "That's not imminence. It's basically too late at that point."

Body cameras are activated before officers arrive at a scene. Once activated, CMPD said BWC captures all video and audio plus video from 30 seconds prior to activation.

As part of CMPD's educational campaign, officers spoke of a case earlier this week where they prevented a shootout. They said they arrested Daniel Thompson Monday at a University City apartment complex after he threatened to kill himself, his 5-month-old daughter and to shoot it out at police.

Officers said it took several hours of surveillance, but eventually, the SWAT team took the man into custody without harming anyone, which is always the department's goal.

CMPD said that peaceful resolution was the result of their training and the cooperation of the man's family and community. Officials say Thompson is in jail now, and the little girl is safe.