In an exclusive Defenders interview, the mother of a baby who was abused by her nanny is speaking out only to WCNC Charlotte. 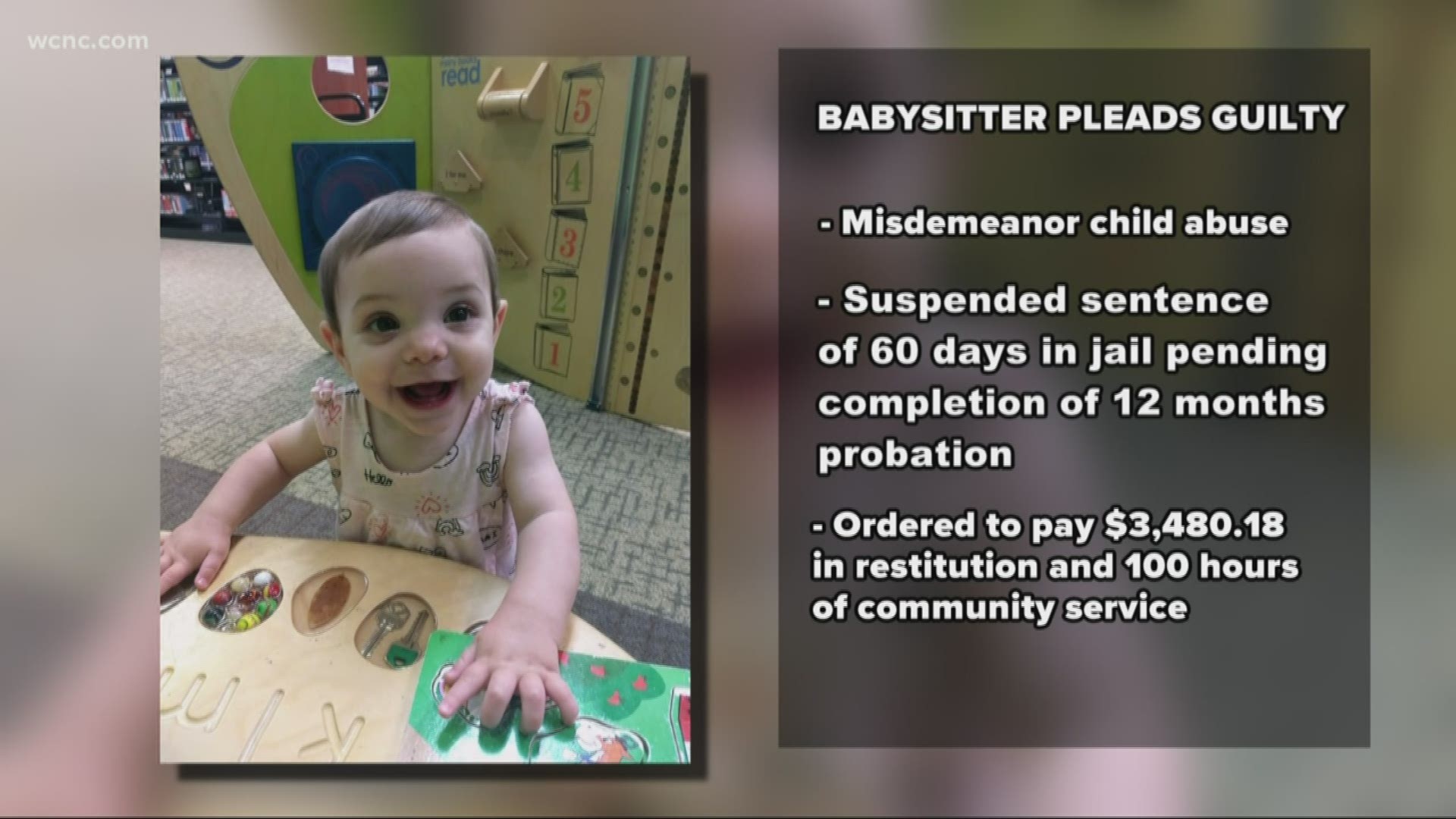 CHARLOTTE, N.C. — The mother of a baby who was abused by her nanny is speaking out. For the first time, the baby’s mother is describing how her nanny cam caught her daughter being violently shaken.

On Monday, Ann Wilensky pleaded guilty to misdemeanor child abuse. She was given a 60 day suspended sentence and one year of probation.

The baby’s mother, Ashley Destefano, said she’s happy with the punishment because she hopes a criminal record means Wilensky will never be a nanny again.

Destefano told WCNC Charlotte within two weeks of putting up the nanny cam, it confirmed her suspicions about the babysitter.

“My older son had complained she was very mean,” Destefano said.

It was last May when she saw it on camera for herself while at work.

Destefano said the babysitter was feeding her six-month-old daughter, Skylar, with a bottle at the time.

“(She was) cursing at the baby and violently shaking her as she was trying to feed her,” said Destefano. “When I saw it, rushed home, confronted her about it, immediately had her leave my house, and then we called the police.”

Destefano took her daughter to the hospital where thankfully everything checked out OK, but she says her other children have gone to therapy for Post Traumatic Stress Disorder.

“I still have kind of a heavy hurt about all of it,” Destefano said.

She was given a 60 day suspended sentence and a year of probation. She was also ordered to pay nearly $3,5000 in restitution.

Over the phone, Wilensky told WCNC Charlotte she wants to put it all behind her and did not want to comment any further.

“My main goal was to really stop her from being a nanny again,” Destefano said. “As long as that was something that was going to stay with her for life, then I was confident in it.”

Destefano said it was an unexpected turn of events with a babysitter who she met on a nanny Facebook group.

“She came off as very sweet, she had over 20 something years of experience,” Destefano said.

Now, she recommends other parents use a nanny-came and always listen to their children.

Destefano said the family has since found a new babysitter they are happy with through a regular nanny agency.