“The simple act of spiking a drink is a crime, it used to be they had to actually carry it through to sexual assault,” NC Attorney General Josh Stein said. 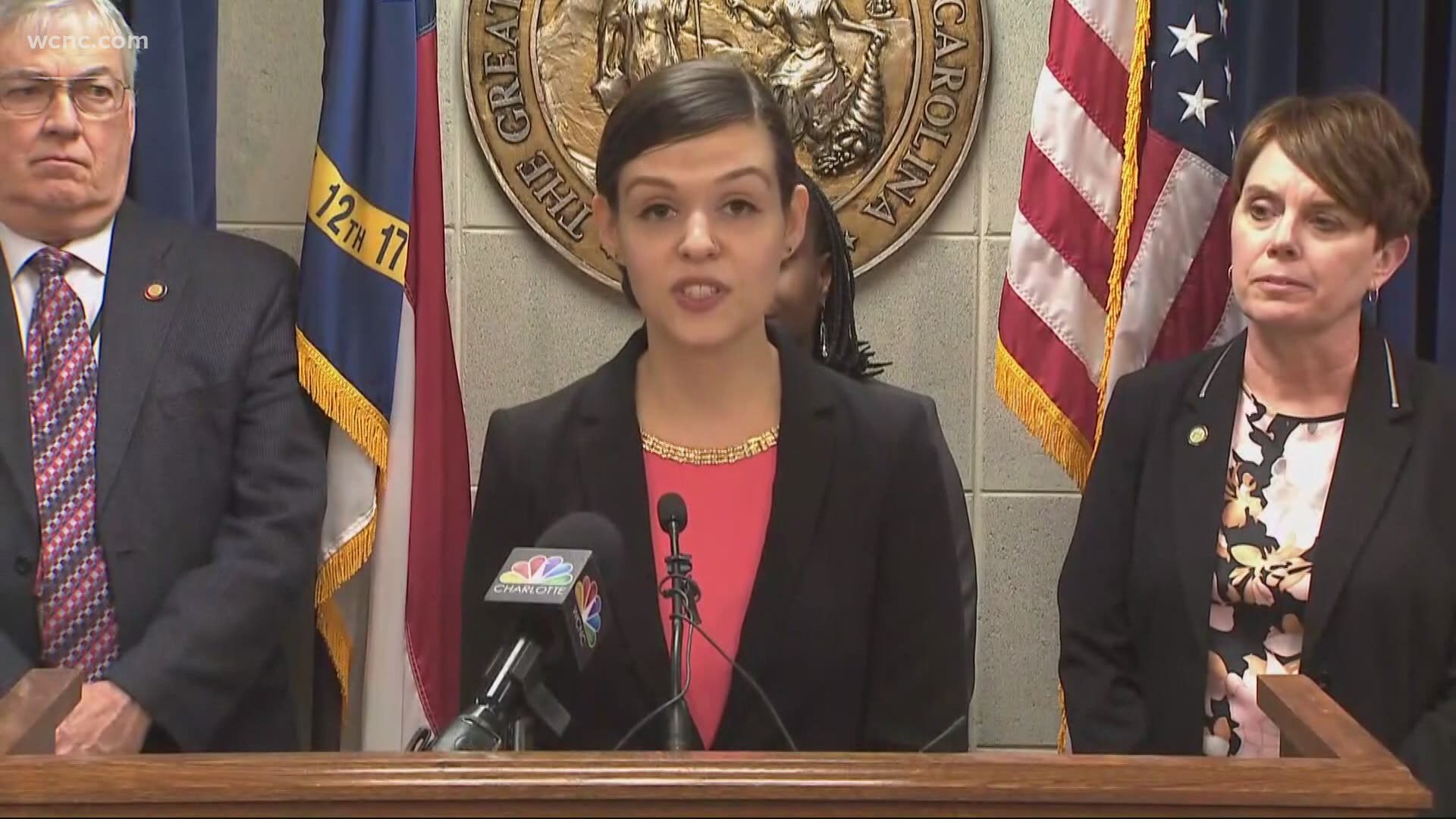 Defender Alex Shabad found loopholes in the law, which only made it a crime if the spiked drink later resulted in a sexual assault. That led to new legislation, which Governor Roy Cooper signed into law in 2019.

North Carolina Attorney General Josh Stein said the changes to the law allow police agencies to submit drinks to the state crime lab for cases they wouldn’t have before.

The issue came to light after a Charlotte woman, Leah McGuirk, spoke out about her drink being spiked in the Epicentre and pushed for changes with the process of reporting crimes.

RELATED: Spiked drink case not being investigated as crime due to North Carolina law loophole

“I don’t think it’s ever going to be exactly normal for me,” McGuirk said.

When McGuirk left the Epicentre in the summer of 2018, she never made a rape allegation or accused anyone of sexual assault, but she felt violated nonetheless.

“I still don’t know who did this to me,” McGuirk said. “When it happened to me, I knew that it was wrong.”

However, when she told police her drink had been spiked she learned there was no clear path forward.

“Since there wasn’t a law on the books, officers didn’t know how to charge what happened to me,” McGuirk said.

Fast forward to 2021 -- WCNC Charlotte has learned officers across the state are now required to take training at the North Carolina Justice Academy about changes to the law for spiked drinks.

“The simple act of spiking a drink is a crime, it used to be they had to actually carry it through to sexual assault,” Stein said.

Stein told WCNC Charlotte the new legislation allows law enforcement agencies to test drinks for illegal substances in cases where they may have been hesitant in the past.

“Now, law enforcement knows it’s worth their energy, their effort to actually secure that evidence, send it to the state crime lab where we can analyze it because if it is true there was a drug in that drink, now we can get a conviction for the person who did it,” Stein said.

The new legislation comes after a Defenders investigation exposed loopholes in the previous law; specifically, a statute CMPD referenced in McGuirk’s case.

The statute made it illegal to tamper with Halloween candy but didn’t say anything about the act of spiking someone’s drink.

Defender Alex Shabad brought the issue to the attention of State Representative Chaz Beasley, D-N.C., and he immediately began proposing changes; ultimately his proposal was included in Senate Bill 199 which was signed into law by Gov. Cooper in November 2019.

“You want survivors to know, look we are listening to you,” Representative Beasley said. “It shows the power of your reporting, the power of survivors telling their story.”

Representative Beasley said now is a good time for police to update their policies and procedures since fewer people are out during the pandemic.

“My hope is because they do have a little bit of a lull, a lot of our agencies can really get their processes solid,” Beasley said.

The Charlotte Mecklenburg Police Department sent the following statement in response to the changes to the law and the new required police training:

“Before the update to G.S. 14-401.11, Charlotte-Mecklenburg Police officers were already investigating instances where harmful substances were being added to drinks when those incidents were associated with sexual assaults or other reported crimes. In responding to those incidents, patrol officers and detectives would elicit the specialized assistance of the CMPD Crime Scene Investigations division in collecting containers and substances that were suspected to be “spiked.” That physical evidence would then be analyzed by the CMPD lab. Cooperation by the victim was also needed to have appropriate medical professionals conduct a toxicology exam on the victim. With the update to G.S. 14-401.11, the CMPD will continue to investigate reports of “spiked drinks” in this manner. It is crucial for members of the community to be aware of the danger of “spiked drinks,” to call 911 as soon as possible if they suspect a drink or food item has been “spiked”, and retain the container and substance if safe to do so to be turned over to law enforcement as evidence.”

“This was a welcome change of law, and I want to thank Representative Beasley, I want to thank the victim who spoke so forcefully, and thank you Alex for your work on this issue,” Stein said.

When McGuirk first spoke about her case, she felt the law wasn’t listening, but now her voice is being heard by police agencies across the state.

“I have a platform to help people and I’m not going to take that for granted,” McGuirk said.

The Attorney General’s Office said officers can also take victim trauma sensitivity classes to satisfy some of their training requirements. That’s a topic McGuirk has been pushing for after her experience with reporting the incident to CMPD.