Pat Cotham said if Cedar Grove Cemetery were in a different part of Charlotte, it wouldn't look the way it does today. The county may now have to get involved. 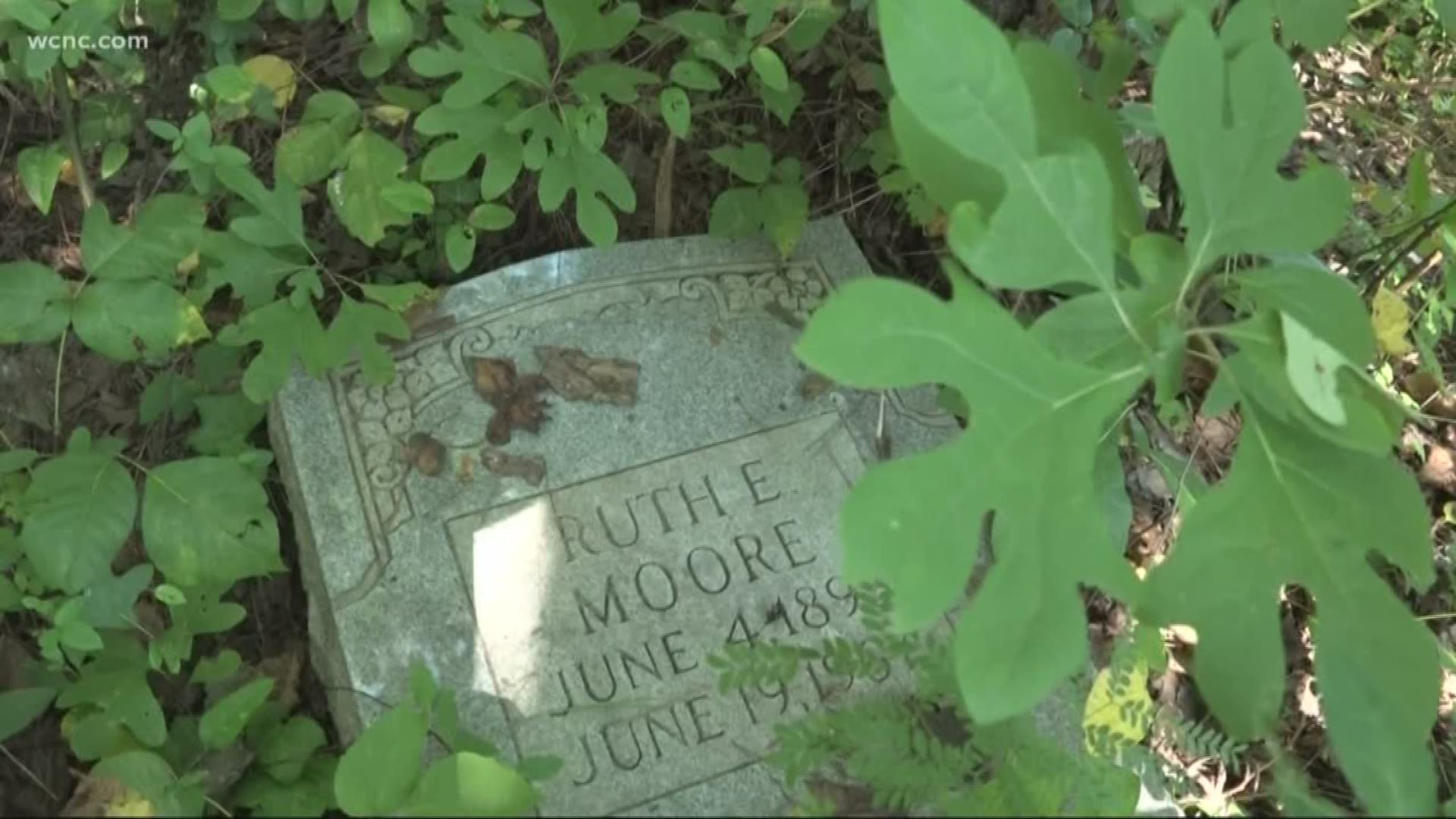 CHARLOTTE, N.C. — Mecklenburg County may need to step up to help restore a neglected African-American cemetery off Beatties Ford Road. Dozens of graves inside Cedar Grove Cemetery are overgrown with weeds and littered with garbage. Some headstones are even toppled.

If it wasn't for the cemetery's sign posted along Hildebrand Street, most would never know a forgotten cemetery, established in the 1800s, is hidden in the woods next to an elementary school.

It's a painful reminder for Johnson.

"I have no relatives here, but it's my history. It's past a disgrace and as you can see, some people just don't respect the cemetery," he said referencing garbage tossed on one of the many graves.

Judy Merritt feels his pain. She lives behind the cemetery.

"It's awful, because you've got homeless [people] out there. You see needles. You see condoms," she said. "It's terrible. I couldn't rest in peace if I knew my surroundings was like that."

Google Street View shows the graveyard wasn't always like it is today. At one time, Merritt said inmates helped keep up appearances, but over time, that ended.

Tax records show the Cedar Grove Cemetery Association owns the property, but the North Carolina Cemetery Commission said once cemeteries are abandoned, it falls on local governments to step up.

The state said it's Charlotte's responsibility, but a city spokesperson said it's the county's job.

Regardless, after visiting the site herself Monday, County Commissioner Pat Cotham said there must be action.

"I am surprised I did not know about this until you told me," she told NBC Charlotte. "We've got to get it cleaned up. They deserve better than what they have right now and I would say, unfortunately, if this were in a different part of Charlotte, this wouldn't have happened and therefore, we really have to step up."

Mecklenburg County's attorneys are in the process of figuring out if it is, in fact, the county's responsibility. If the answer is yes, a spokesperson said the county "will do whatever we can to fix it."

Cedar Grove is representative of so many other African-American cemeteries in the country. Congresswoman Alma Adams filed legislation in Washington, D.C. earlier this year that, if approved, would provide funding for restoration and preservation of historic African-American burial grounds.

"Historically, African-American cemeteries are often left under-resourced, under-documented and without consistent care, on remote properties or within marginalized communities," North Carolina African-American Heritage Commission Director Angela Thorpe said in May during a congressional hearing regarding the bill.