Hundreds of lights are out on Charlotte-area interstates. NCDOT is hoping to fix that.

Workers are focusing on four "hot spots" in the Charlotte area where lack of lighting maintenance has remained a problem. 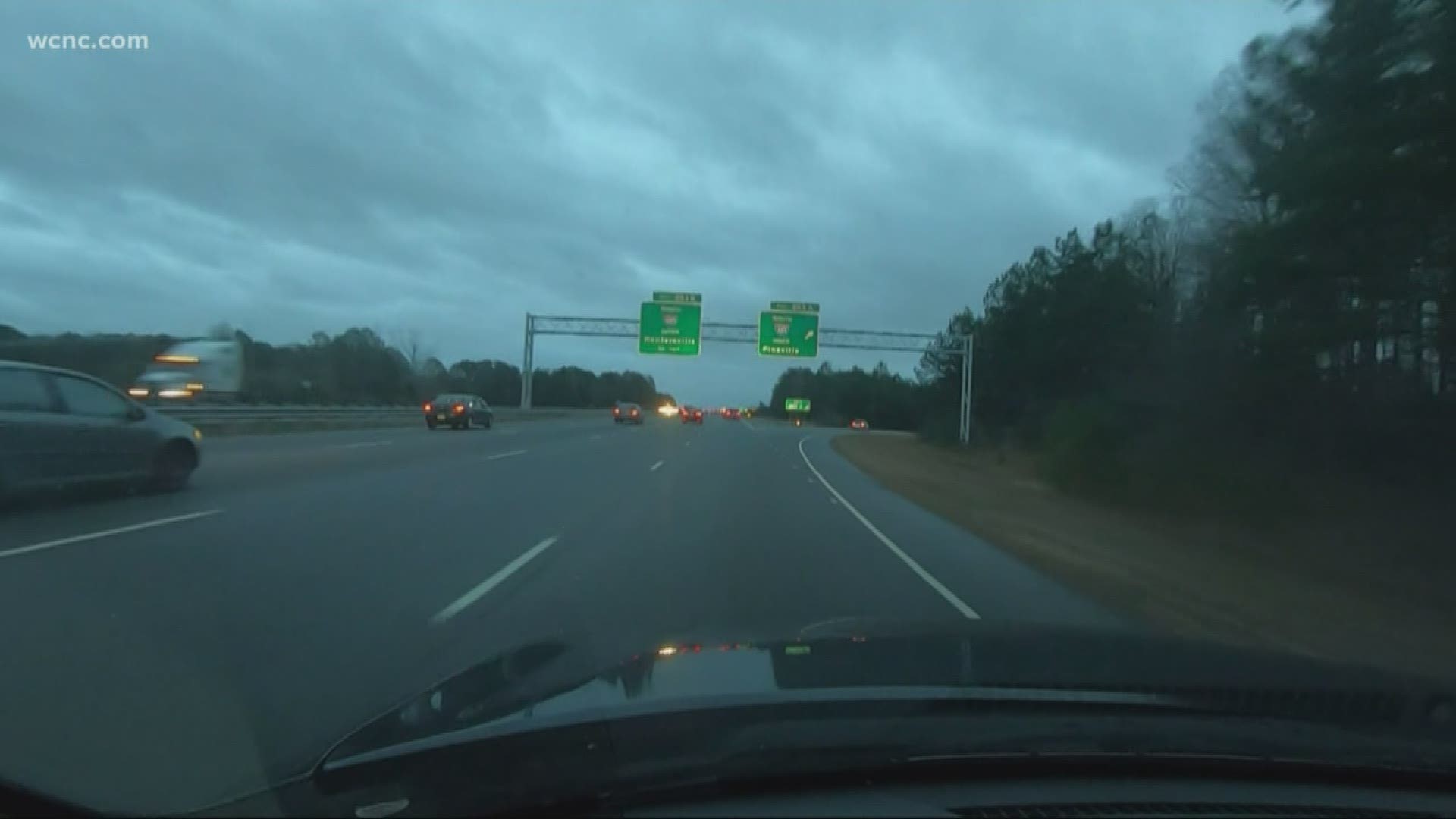 CHARLOTTE, N.C. — The lack of working lights on Charlotte-area interstates continues to be one of the longest-running problems, and it impacts just about every driver.

The North Carolina Department of Transportation has spent years trying to get a handle on the problem, but thanks to a recently awarded contract, the state hopes the future will be much brighter.

Still in progress, the $245,000 contract awarded late last year, is meant to fix hundreds of lights in Cabarrus, Mecklenburg and Union counties.

"These older lights, some of these sections of interstate are decades old, so the lights and the wiring may be that old as well," Thompson said.

Thompson said damaged wiring, damage caused by car crashes and run of the mill equipment failures are often to blame for lighting issues.

NCDOT estimates roughly 10% of the more than 3,200 in this division are out.

"We've had higher amounts out, so 10% is good," Thompson said. "We're making a lot of good progress."

NCDOT said the contractor is focusing on four so-called hot spots, including I-77 at Trade Street and John Belk Freeway, I-277 at McDowell, US 74 at Charlottetowne Avenue and Briar Creek and I-485 at N.C. 51 and Johnston Road.

"This last area is dark due to a recent hit and run crash which damaged the control cabinet," Thompson said. "This cabinet will be replaced as part of the I-485 express lanes project. It's on order and should be delivered in about six weeks."

NCDOT has long said lack of funding was to blame for the lack of maintenance.

Before the most recent contract, the state made its most significant investment in 2017, dedicating $30 million to upgrade more than 10,000 roadway lights across the state, installing longer-lasting LEDs.