The names include order priests, employees and a deacon. The diocese has pledged to review SNAP's recommendations. 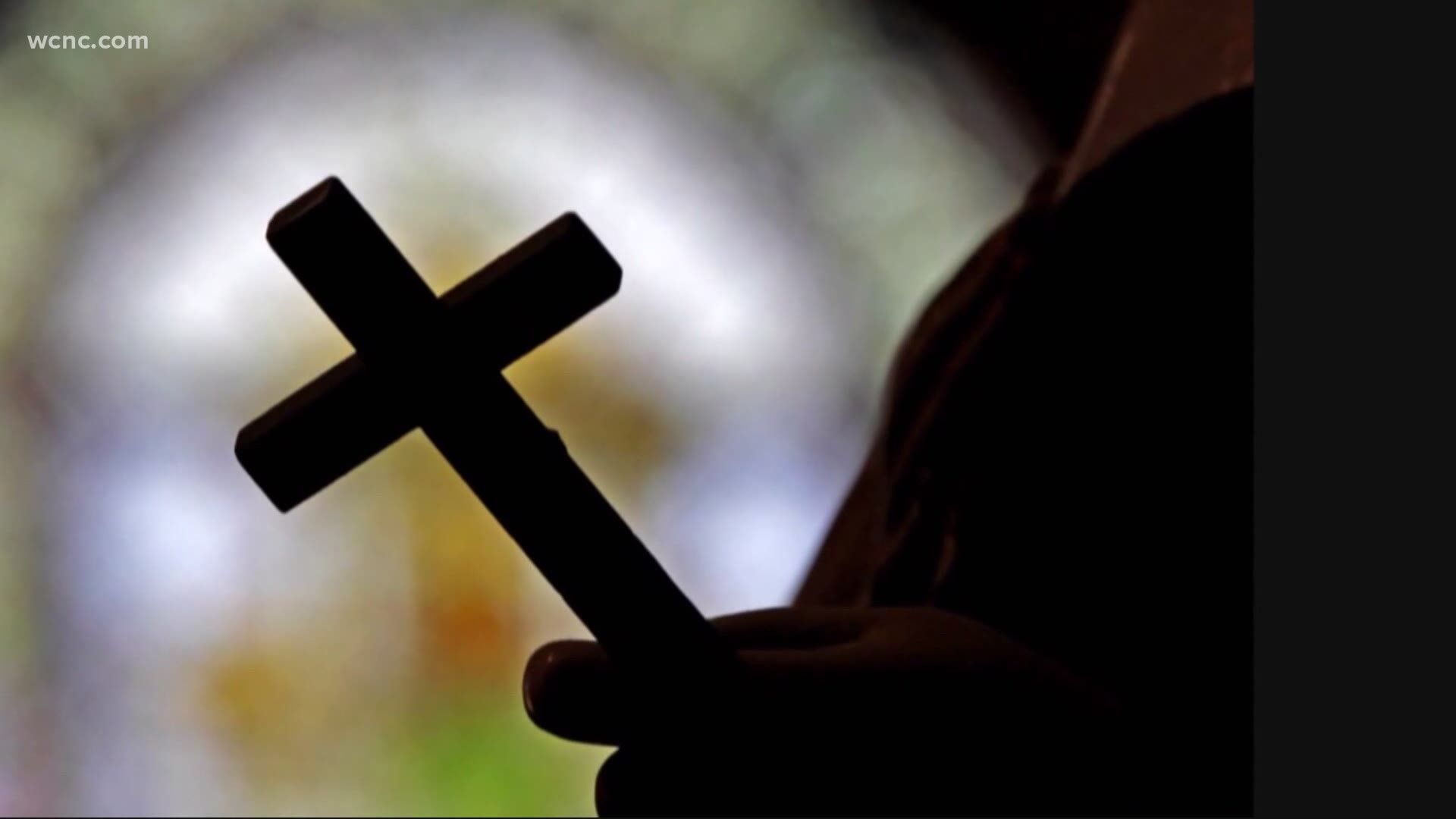 CHARLOTTE, N.C. — In a new letter to the bishop, the Survivors Network of those Abused by Priests or SNAP is asking the Diocese of Charlotte to add nine more names to its lists of sexual abusers, including some men who are not priests.

Some of the men named in SNAP's letter were clergy members, while others included a music minister, a teacher and a deacon.

"They've talked about wanting to be open and transparent to parishioners and to the public and I think by listening to the information that we've brought here and updating their list, that's one way that they can demonstrate that," Hiner said.

WCNC Charlotte first brought up one of the names in SNAP's letter in January.

Father Timothy Kelly worked as an administrator at Belmont Abbey roughly three decades ago. He's since passed away, but his name lives on in a pending sexual abuse lawsuit out of New York that alleges misconduct long before he arrived at Belmont Abbey.

While Kelly worked in the geographic area of the Diocese of Charlotte, he technically was a member of the Benedictine Order, and officials previously told us they had no record of him ever serving the diocese.

"We recognize that including some of those named above might necessitate the implementation of categories beyond those currently in use on your list," SNAP said in its letter to the bishop. "However, we believe that in the interest of openness and transparency, that these men should be included."

In a statement Wednesday, the diocese said SNAP and church officials share a common goal and pledged to review the recommendations.

"We appreciate SNAP's feedback on the Diocese of Charlotte's historical list of clergy who were credibly accused of child sexual abuse, which is published on our accountability webpage," the diocese said. "Indeed, as their letter states, we share 'a common goal in wanting to see the children and vulnerable adults in the Diocese of Charlotte protected, and all survivors helped along in their healing journeys.' SNAP acknowledges that the names they recommend for inclusion would be an expansion of our already detailed list, as they do not involve sexual abuse of a minor by clerics who served for our diocese. The diocese has handled such cases with transparency, and they have been widely publicized. The diocese is grateful for these recommendations, and we will be looking into to each of them as we continue building on our accountability efforts and fostering a safe and supportive environment in our parishes, schools and ministries."