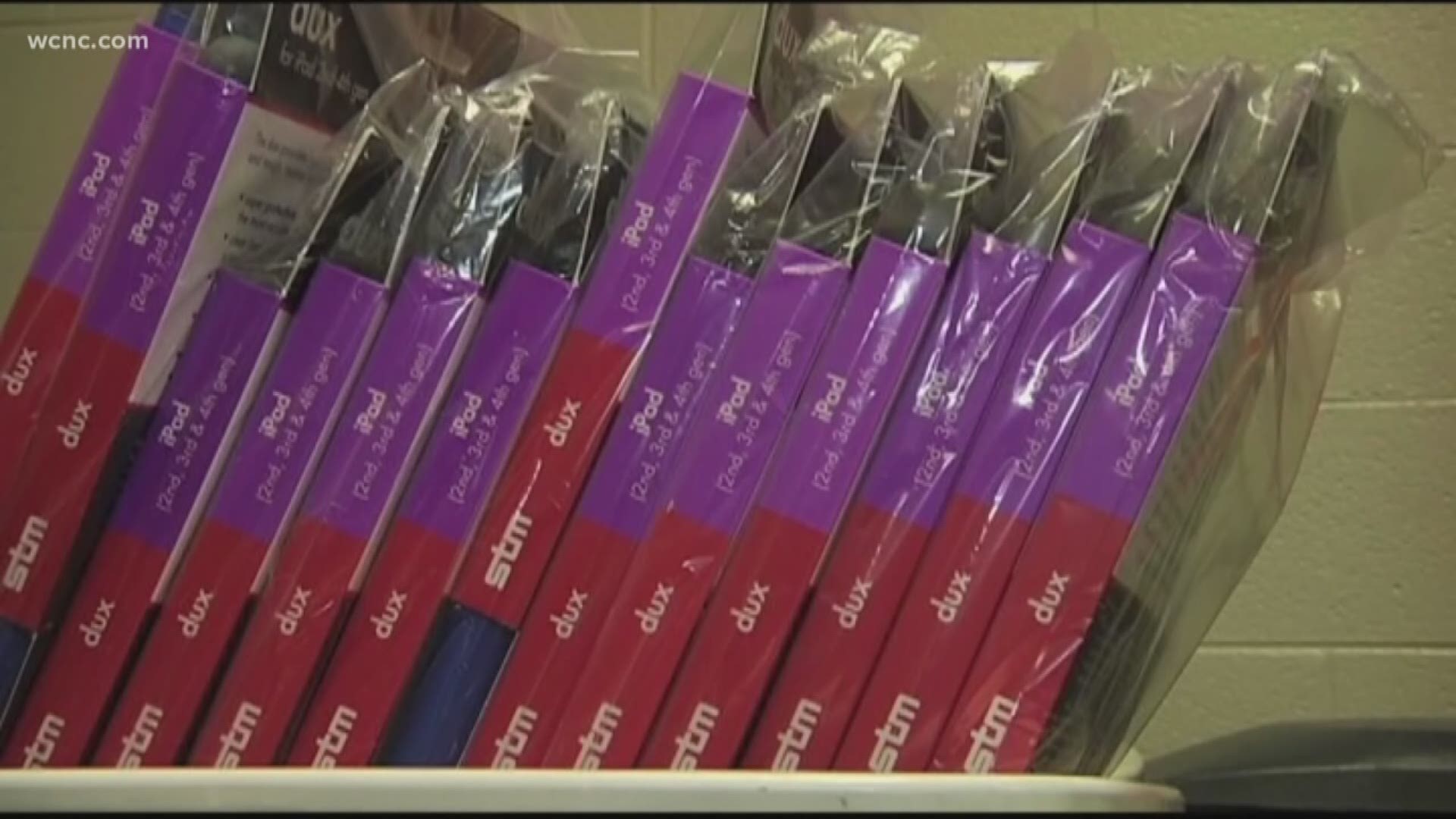 CHARLOTTE, N.C. — An NBC Charlotte Defenders investigation is getting answers about the state's purchase of thousands of iPads for North Carolina schools.

NBC Charlotte found more than 2,000 iPads have been sitting in a warehouse since last year.

After the Defenders investigation aired, the department released new information about what they’re planning to do next. Just a day after the Defenders team began asking questions, state officials said they would be announcing their plan next week.

NCDPI said State Superintendent Mark Johnson decided to buy iPads last year for school districts around the state. State officials said 21,783 iPads were distributed, but 2,400 iPads have remained in a warehouse since before the fall of 2018.

After the NBC Charlotte Defenders team began asking questions, NCDPI said the iPads will go out this school year, which they say was always the plan.

NBC Charlotte talked to Justin Parmenter, a teacher at Charlotte-Mecklenburg Schools and a concerned taxpayer. He said the decision to purchase iPads should have been made at the local level.

“Their (school districts) capabilities and the things they need are so different from county to county,” Parmenter told NBC Charlotte. “I think it would make a lot more sense if those decisions were made at the district level.”

NBC Charlotte has also learned Johnson attended a meeting at Apple headquarters in California in October of 2017 before the iPad purchase was made. NCDPI said Johnson was one of several North Carolina leaders at the meeting, which included local superintendents and legislative officials.

The purpose of the meeting was to discuss education issues and get an overview of Apple, according to NCDPI. State officials said Apple covered lodging and meals for the people who attended.

“What happened may not have been illegal, but it certainly seems unethical for an elected official to accept royal treatment from a potential vendor just months before making a unilateral decision to give that vendor millions of taxpayer dollars,” Parmenter said to NBC Charlotte in an email.

NCDPI told NBC Charlotte they consulted with the North Carolina Ethics Commission before attending, and there was no issue.