The former Davidson College student posted social media support for the Ku Klux Klan, a blue-eyed master race and a shooting at a Pittsburgh synagogue. 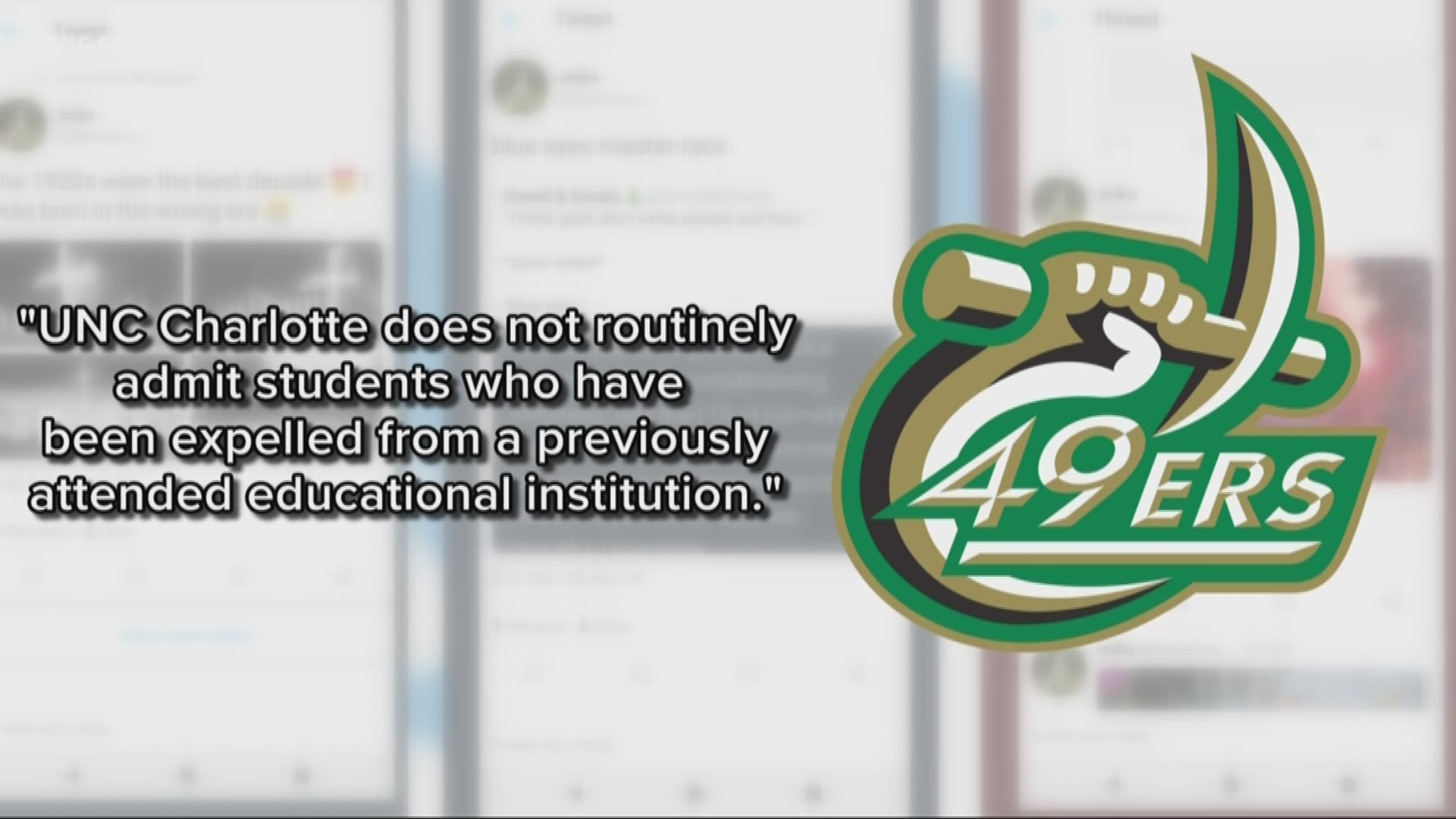 In November, the former Davidson College student posted social media support for the Ku Klux Klan, a blue-eyed master race and the shootings of members of the Jewish community at a Pittsburgh synagogue.

UNC Charlotte confirmed a student with the same name is now enrolled at the university. Citing federal privacy law, the university limited its response to general terms.

"...UNC Charlotte receives well over 20,000 undergraduate applications annually and does not conduct internet or social media searches as part of the normal admissions process," the university said in a statement. "Additionally, UNC Charlotte does not routinely admit students who have been expelled from a previously attended educational institution. The university strongly condemns hate speech in all forms and is committed to disciplining any instances of harassment or intimidation under the Code of Student Responsibility."

News of the woman's enrollment at UNC Charlotte comes six months after her tweets left the campus of Davidson College in disbelief, and just weeks after a gunman killed two students and injured four others at UNC Charlotte.

"UNC Charlotte's continued decision to welcome (the student) to our campus, is a decision to welcome hate-speech onto our great campus," Student Senate Pro Tempore Jacob Baum said. "The University, in its most recent statement, continues to hide behind privacy laws and inaction. (The student), in no way represents what it means to be a Niner, and has no place on our campus."

While we know the student is no longer enrolled at Davidson College, it isn't clear whether her exit was voluntary or forced. Davidson College says federal law prevents the college from saying anything more.

NBC Charlotte reached out to the student in question, and are waiting to hear back.