The Defenders: Anti-vaccination movement in light of nationwide measles outbreak

According to the CDC, the U.S. is in the midst of the worst measles outbreak in 25 years. 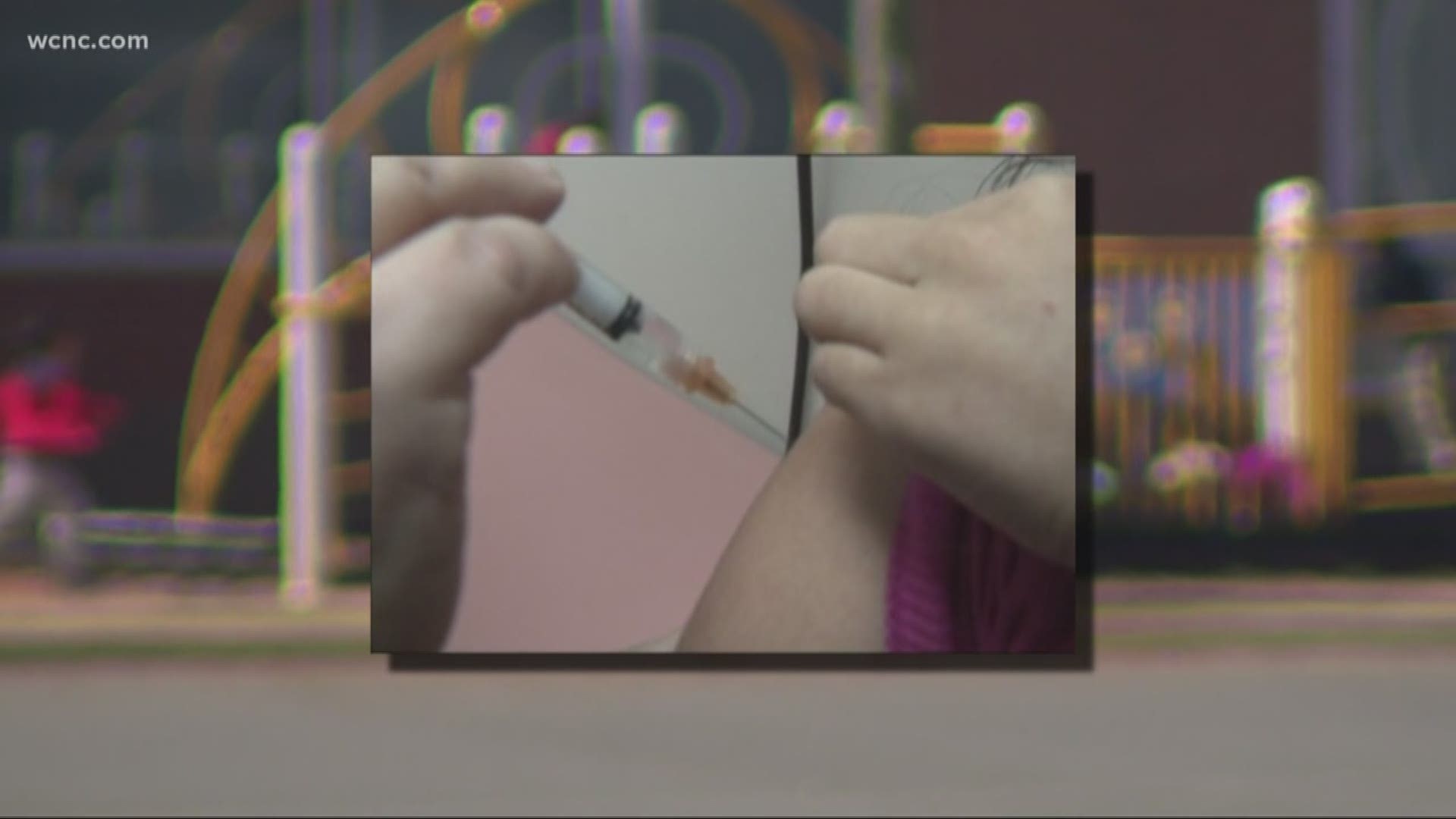 People who choose not to vaccinate are now considered one of the top global threats of the year, according to the World Health Organization.

The agency cited this year’s explosion of measles cases. More than 830 cases have been diagnosed in 23 states just this year. The Centers for Disease Control says this is the worst measles outbreak the U.S. has seen in 25 years.

The debate about vaccinations has become so heated that some anti-vaxxers now fear for their safety.

NBC Charlotte talked to a Gaston County mom who made the decision not to vaccinate her children.

It’s not every day someone against vaccines speaks out, but their decisions could impact you, so NBC Charlotte wanted to learn more.

The mother asked NBC Charlotte to hide her face during the interview.

“I have young children, and I don't want them to be exposed to any backlash in the community,” she said.

She’s concerned about showing her face in public because of her view of vaccinations.

“Absolutely no vaccines ever, for me or my children or family,” she told NBC Charlotte.

NBC Charlotte asked her if the measles outbreaks around the country give her second thoughts about her position.

“Not at all,” she responded.

“I’m not going to set my child on fire to keep your child warm,” said Lisa Jillani, founder of PAVE.

Both Jillani and the mom said they’re more concerned about the effects of vaccinations than actual diseases like measles.

“I had measles; it wasn't even as bad as chickenpox,” Jillani said.

“Back in the day everyone got measles, right? But like, people died from measles, and we don't have to do that now,” said Dr. Passaretti.

“You're preventing yourself from getting infected, but you're also stopping that train of transmission,” said Dr. Passaretti.

NBC Charlotte asked Jillani if a vaccine that’s 95 percent effective would be enough to convince her to use it.

NBC Charlotte then asked if she did not trust doctors.

Opponents also don’t trust the safety of vaccines. The local mom against vaccines said she is a nurse practitioner with a background in medicine.

She also said her view about vaccines was shaped by a bad reaction she had when she was younger.

“I did vaccinate. I had an injury. I learned from those mistakes,” she said.

“The numbers are in the order of 1 to 500,000 to 1 in a million people vaccinated that have an adverse response,” said Dr. Passaretti.

Dr. Passaretti also says studies that link vaccinations to autism have been debunked. However, Jillani told NBC Charlotte she has 124 papers that show a link between vaccinations and autism.

When asked if she believes there’s a link, she said, “100 percent.”

“The vast majority of the literature has refuted those studies,” said Dr. Passaretti.

Dr. Passaretti said she does not believe mandatory vaccinations should be off the table.

“You have to take the greater good of public safety into account; I think that should be a last resort,” said Dr. Passaretti.

“I find that appalling; I find that something almost out of Nazi Germany,” Jillani said.

When NBC Charlotte challenged Jillani’s extreme comparison between vaccinations and people being put to death, she responded by saying, “Children have died from vaccinations.”

The local mother NBC Charlotte spoke to said she prefers natural supplements like vitamins for her children, instead of vaccinations.

His wife died during childbirth. Now he must say goodbye to his son.