Construction is booming in Charlotte but many sidewalks aren't getting the same attention, leading to several complaints in busy parts of the city. 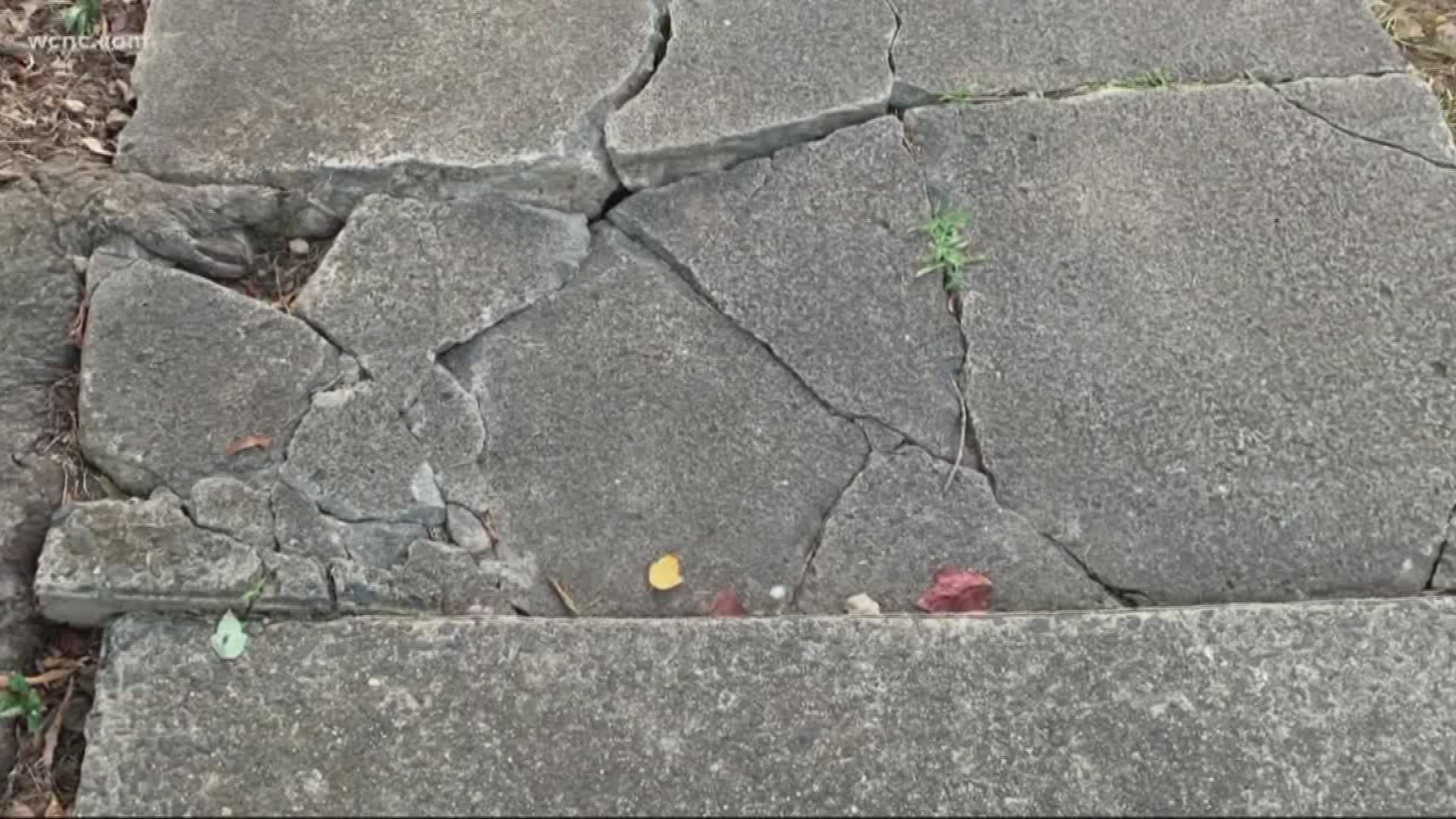 CHARLOTTE, N.C. — If you look up at Charlotte's skyline, much of what you see is a shining new city. But if you look down, the same cannot always be said when it comes to the city's sidewalks.

Construction is booming across the Queen City but the NBC Charlotte Defenders learned sidewalks in some of Charlotte's busiest neighborhoods are not getting the same attention.

"I was walking down the sidewalk, I passed the government building and suddenly, I fell," said an 80-year-old woman, who asked not to be identified.

She was taken to the hospital after falling on a Charlotte sidewalk.

"Cut my lip, hurt my knee and broke my glasses," she said.

She is just one of several people who have been injured on the cracked, crumbling, and uneven sidewalks in Charlotte. Fortunately, doctors told the 80-year-old woman her injuries were not serious, the woman told NBC Charlotte.

"Looked around and saw the pavement was raised about one or two inches," she said. "Something should be done before others are injured more seriously than I was."

A local vendor said it is not uncommon to see people trip on the sidewalk in that same spot.

In another rough spot on a Charlotte sidewalk, Sam Perkins had a scary crash on a scooter.

"I flew over and landed on my shoulder and my hand," Perkins said. "It's really dangerous and it's not even a scooter issue."

The City of Charlotte told NBC Charlotte there was no permit for the utility cut. They are looking into who was responsible for the sidewalk damage. The Defenders asked for the number of complaints regarding sidewalk hazards in Charlotte since 2017 and what — if any — action the city took in each case.

If you spot a damaged sidewalk, you should call the City of Charlotte at 311.